Rogie Vachon turns 64 today. He played for 16 seasons in the NHL and finished with a goals against average of 2.99. His #30 jersey was the first retired by the LA Kings. 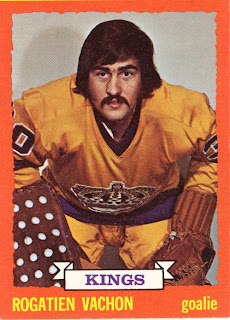 Rogie has a bit of a Wally Pip story. For the first 71 games of the 1970-71 season Rogie was the Montreal Canadiens primary netminder. Right before the playoffs, in order to give him a bit of a rest, Montreal called up a young goalie. He was so impressive that they played him in all the remaining 6 games of the season. He gave up only 9 goals in those 6 games. Playing a hunch Head Coach Al MacNeil decided to start the rookie in game 1 of the playoffs. They lost but the rookie went on to play in all 20 games en route to a finals win over the Chicago Blackhawks.

Rogie was traded at the beginning of the next season to the L.A. Kings.

BTW the young goalie led the Canadiens to 5 more Stanley Cups. He is HOF'er Ken Dryden. 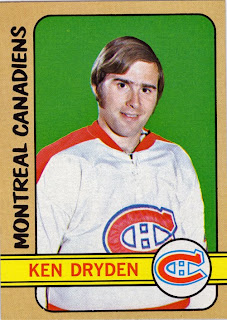 Today is also singer/songwriter Aimee Mann's birthday. She is turning 49 today. I've loved her since 'Til Tuesday's Voices Carry.