I can't remember the last time I purchased a blaster of cards but I was really looking forward to this year's Allen and Ginter's so with a $25.00 gift card saved from last Christmas I headed to my local Target and picked one up.


Here are the highlights, in their full sized glory:

This is a great looking card.  I always like smiling ballplayers.  It's easier for me to like the big guy since he's no longer torturing the Cubs on a regular basis. 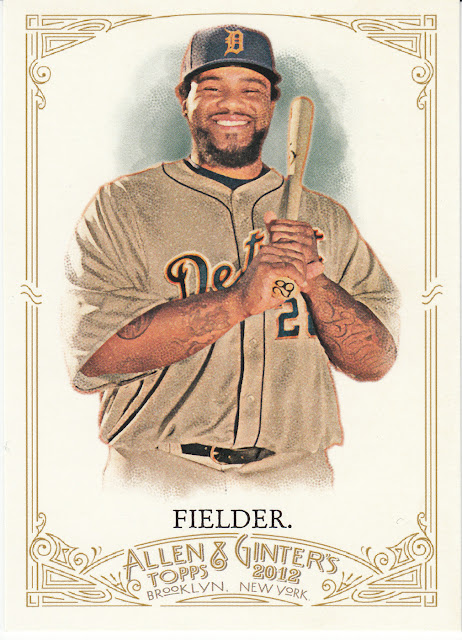 Josh is on pace to eclipse his career best 130 RBI's. 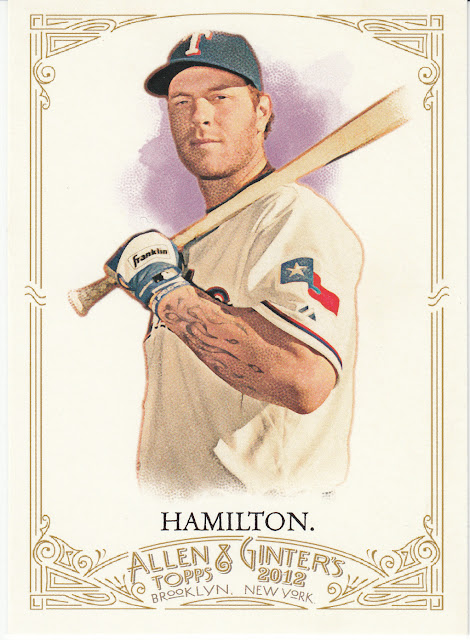 Carlos is such a likable guy.  With such a great eye at the plate why can't he hit for average? 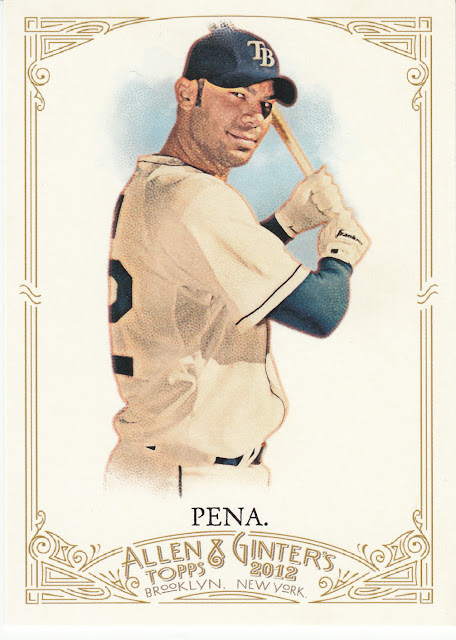 Another likable guy.  At 33 is J-Roll's career  on the downswing? 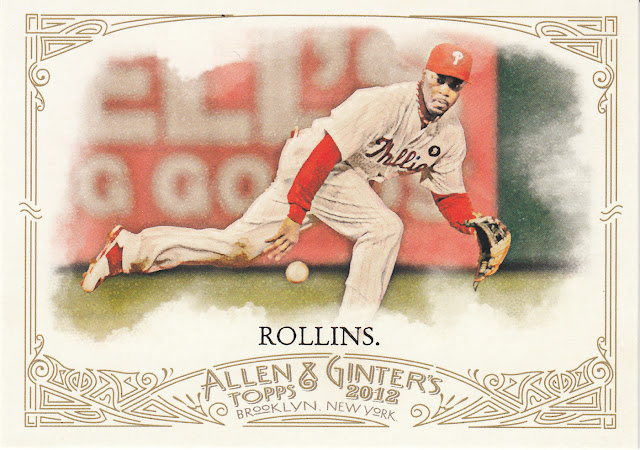 In his 13th season Young has become Mr. Rangers, having played in the most games for the team and leading in a bunch of offensive categories. 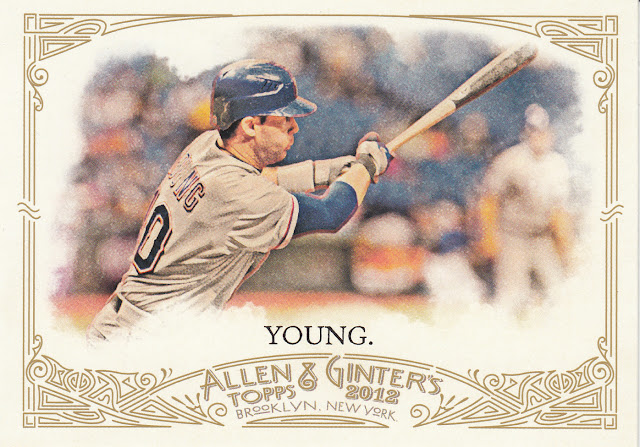 One of the reasons I was looking forward to this year's set was the return of legendary stars.

Can't go wrong with this guy.  With my prejudice against the steroid era guys I still consider his 61 home runs the record.  If he gets an asterisk the newer guys should get triple asterisks. 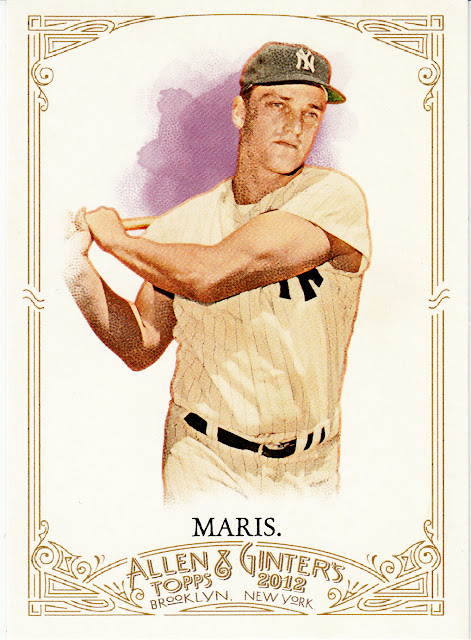 Love Carl but this image is just a little too boring. 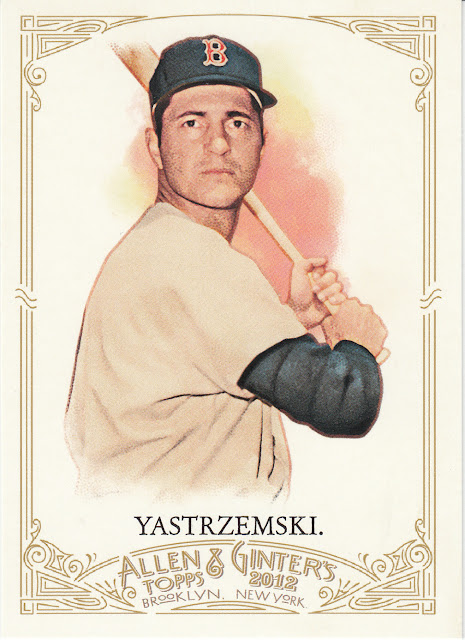 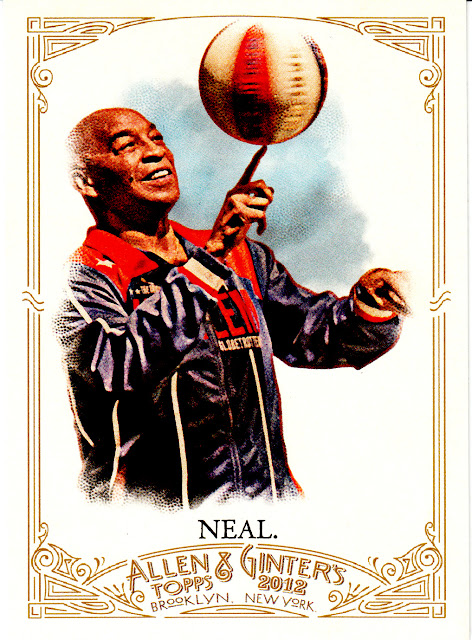 A Nolan Ryan is always welcome.  I don't mean to be unkind but I know what I like and I'm not a fan of this  artist's work. 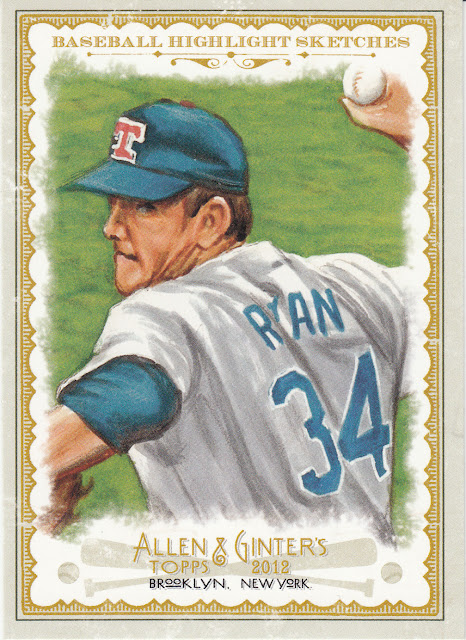 Being a lifelong Chicagoan I grew up with skyscrapers.  I love the ones built in the first third of the twentieth century.  After a period of minimalist glass and steel architecture more like this seem to have returned in an updated form. 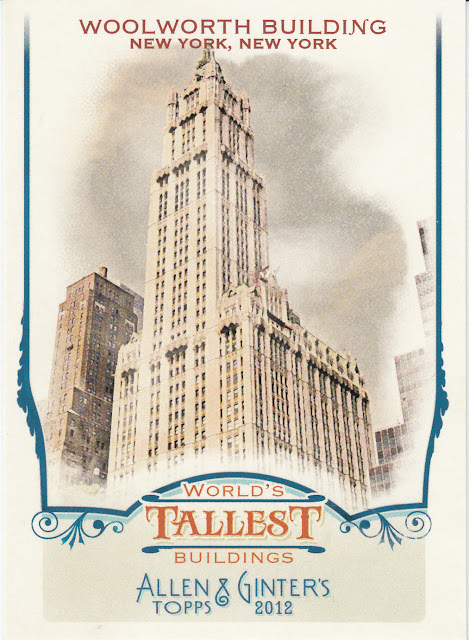 This truly was a turning point.  Hard to believe how fast we went from this to putting a man on the moon. 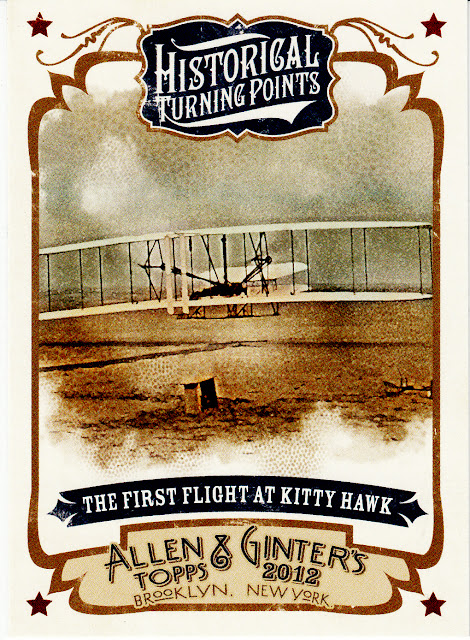 
This was a cool idea for a series

We learn of Richie that Ted Williams called him "Putt-Putt". 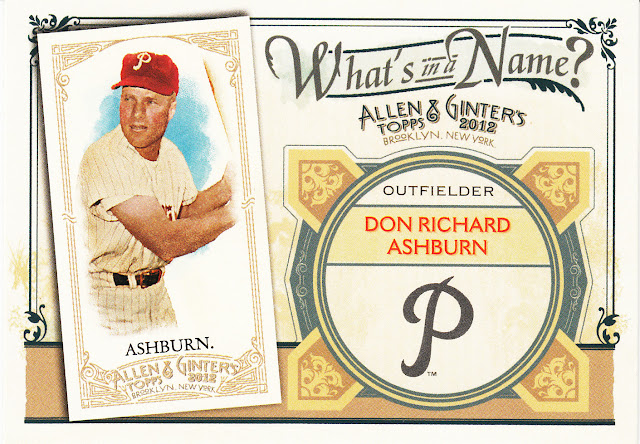 Jackie's middle name was an homage to Teddy Roosevelt. 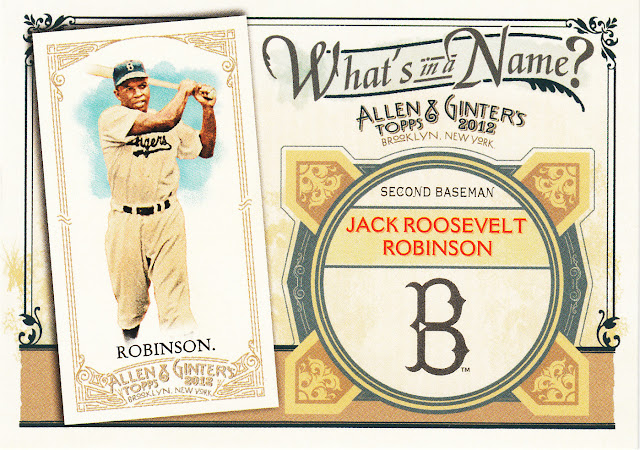 This card talks about "Catfish" but I'm more interested in "Augustus". 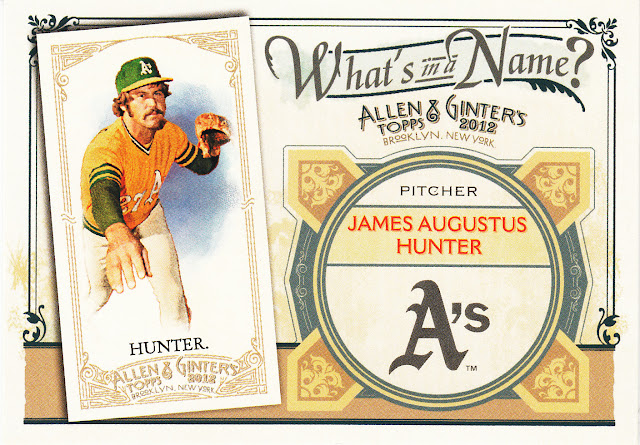 Of four MLB players with this name only Weaver spells it with the first "E" instead of JAred. 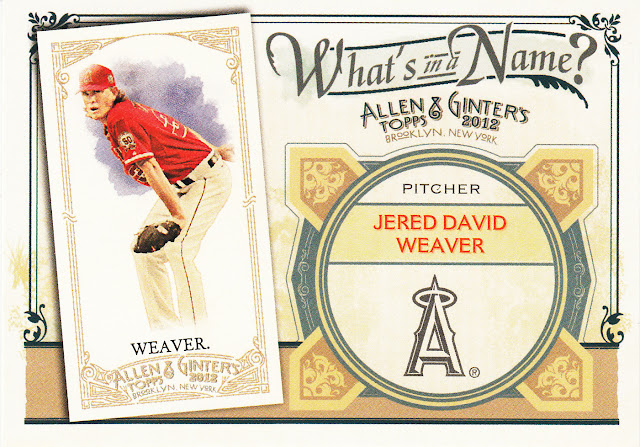 I collect old tobacco cards so you would think I'd be attracted to these.  Instead they just remind me that I can probably pick up 80-100 year old originals for about the same price, albeit not in mint condition.

These four are pretty nice but I'd like them just as much as full sized cards.

In general I didn't (don't) like the really bright colored uniforms but I've always liked the A's version. 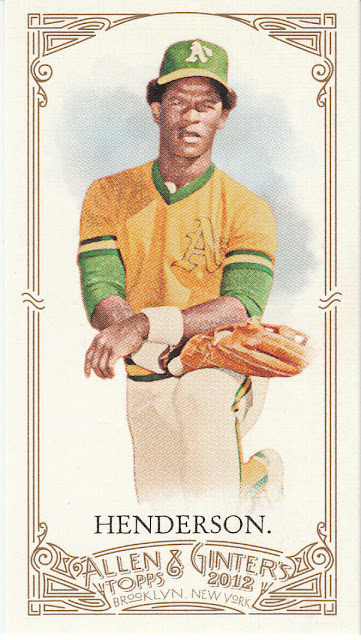 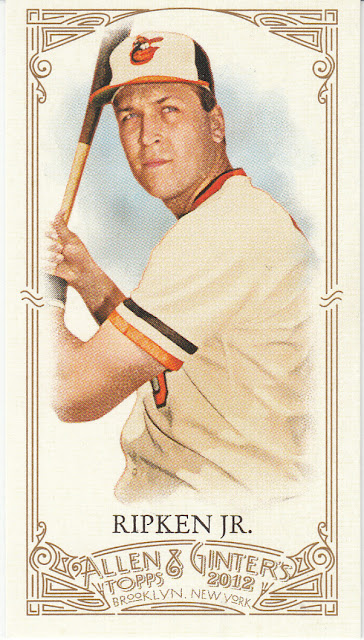 These could be an homage to the Will's Cigarette set, "Musical Celebrities" which was (coincidentally?) issued exactly one hundred years ago.  I have two cards from that set. 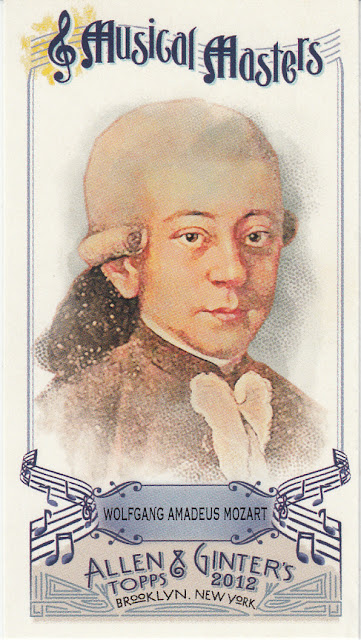 
Dogs are another subject that have appeared numerous times on early 20th century tobacco cards. 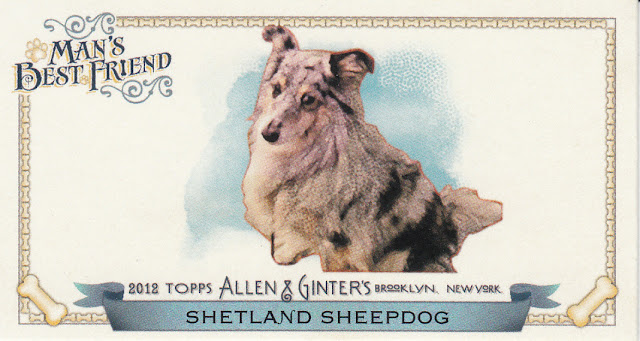 Posted by Hackenbush at 7:24 PM