Nolan Ryan -- Did I Get the Right Play?

I'm on a bit of a Nolan Ryan kick right now since they show him about ten times a game. 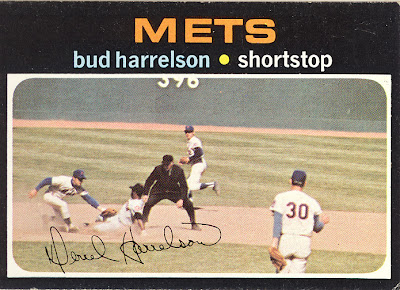 This is the first time I've attempted to identify a specific play on a card.  My guess is that it is from a 4-3 Mets victory over the Astros on May 30, 1970.  I'm going to say that it's one out in the top of the eighth inning and the runner sliding into second is Jim Wynn.  He's just about to be called safe by umpire Ken Burkhart.  Nolan Ryan is #30 watching the play.  Wynn will score on a single giving the Astros a 3-1 lead but the Mets will stage a 3 run rally in the bottom half of the inning and hold on for the win.
Can anyone tell me how I did?  Was I even close?
Posted by Hackenbush at 5:05 PM