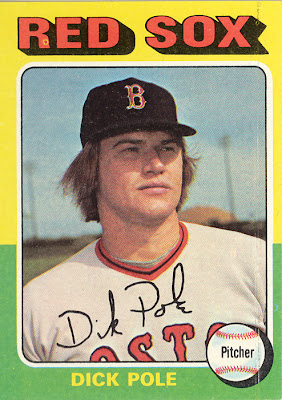 1975 Topps #513
I noticed a couple of odd coincidences in Dick's resume.  In 1988 he took over the Cubs pitching coach position from Herm Starette.  Ten years later he was hired as the Red Sox bullpen coach, taking over for -- Herm Starette.  The next year Dick became the Angels pitching coach taking over for Marcel Lachemann. Four years later he returned to the Cubs as bench coach.  He took the place of Marcel's brother Rene.  Small world!

Dick Pole puts me in mind of something attributed to Groucho Marx (although many others must have thought of it as well).  He would sometimes end letters with a funny P.S.  One was, "Did you ever notice that Peter O'Toole has a double-phallic name?" 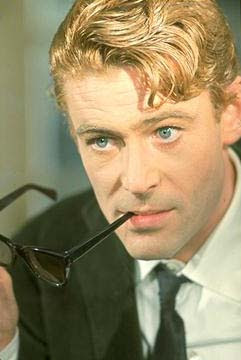