I started showing you what's inside the 1955 All-Star Game program back in July but got sidetracked.  Here's another installment: 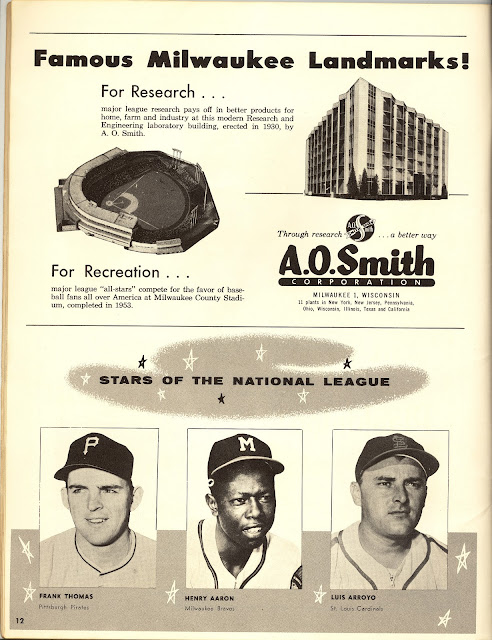 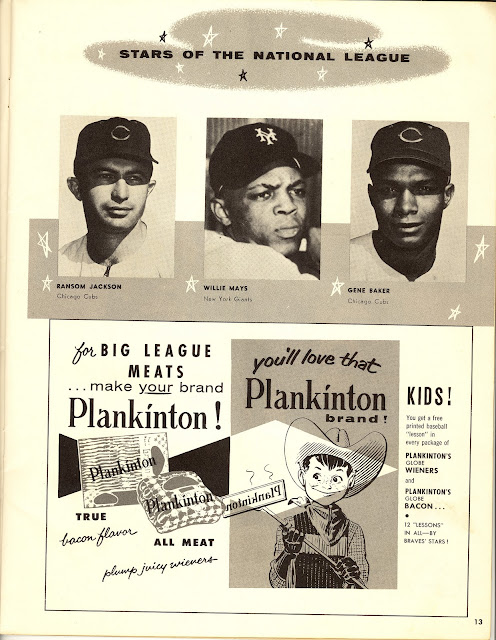 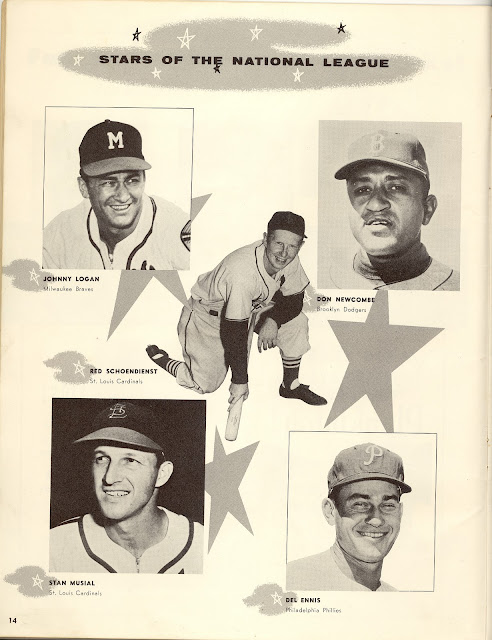 The St. Louis guys are in the Hall of Fame.  Newk went 20-5 in '55.  Johnny Logan led the league in doubles in 1955 with 37.  The guy that I was intrigued by is Del Ennis.  I've never heard of him (Sorry Phillies fans) but he had a pretty awesome career.
If you haven't noticed I'm giving away some great cards to celebrate my 500th post.  Click here for details.
Posted by Hackenbush at 7:10 AM