I've accumulated some basketball cards over the years in box lots but I haven't bought an actual pack since the Nixon administration.  I'm assuming I bought two packs in 1969 since I have a total of 18 cards from the 1969-70 set.  In honor of the opening of the NBA season here are a few of the best. 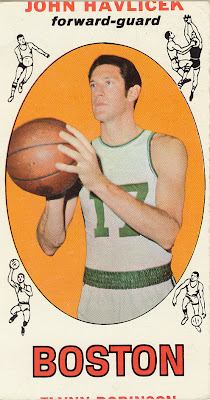 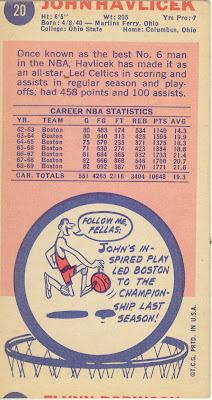 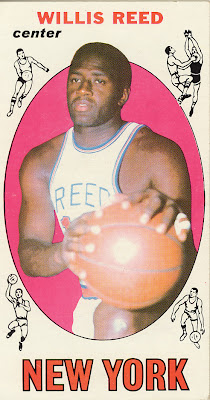 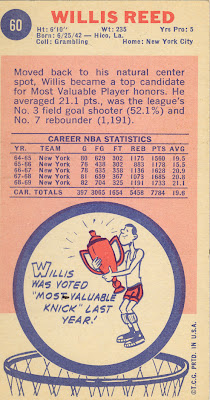 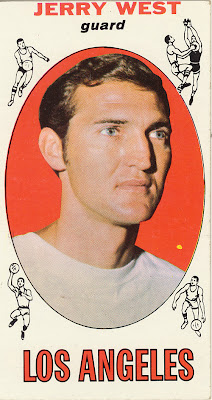 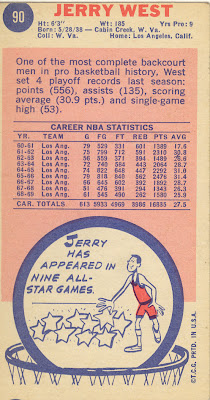 The quality control on these was terrible, as you can see.  The cards were only ten cents a pack but back then you could get a steak dinner for a buck and a half so that's no excuse.
Posted by Hackenbush at 7:00 AM