Night Owl posted recently about how a card design can enhance or interfere with the photo on the card.  I thought of his post when I saw these 1988 Topps cards.  These cards let the photo have top billing, even if it means partially obscuring the team name.  The tables are turned when the player's own name covers the photo but since it's in the bottom right it has less of an effect. 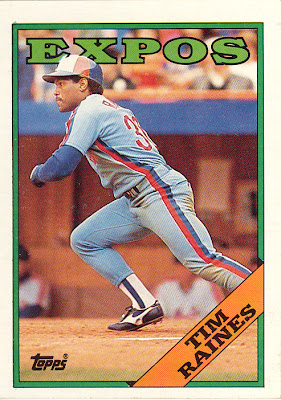 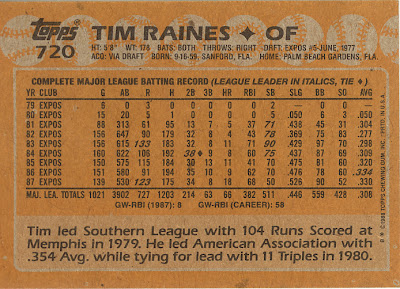 These cards have orange backs.  I'm not a big fan of orange in general.  I get enough of it at Halloween. 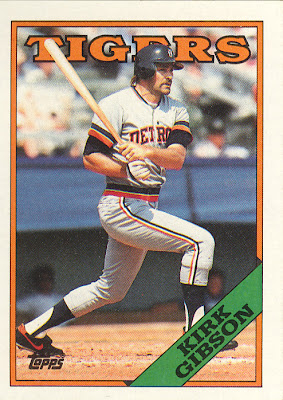 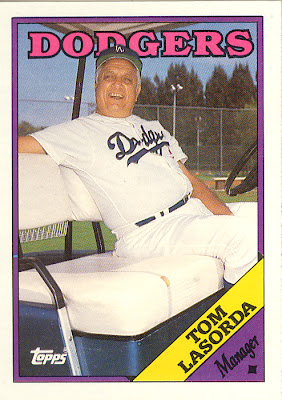 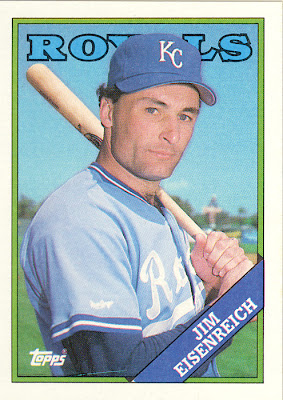 What team is that, Jim? 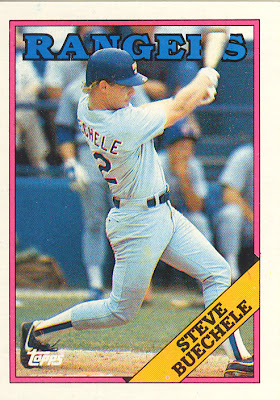 Give me some cards from the 80's and 90's and I'll always get a Steve Buechele. 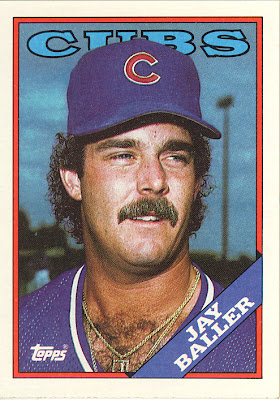 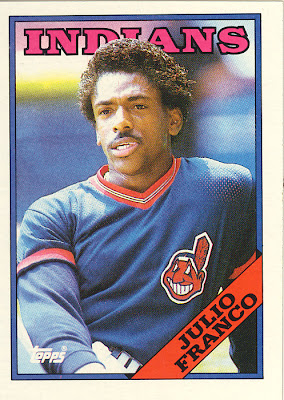 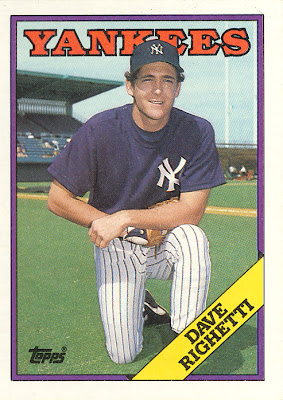 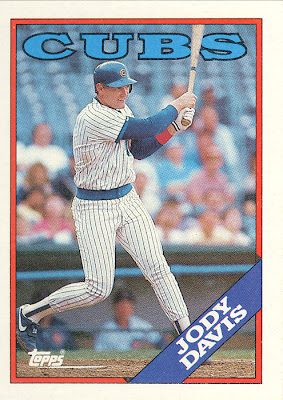 Jo-dee, Jo-dee Davis!
There were some really nice airbrush jobs in this set: 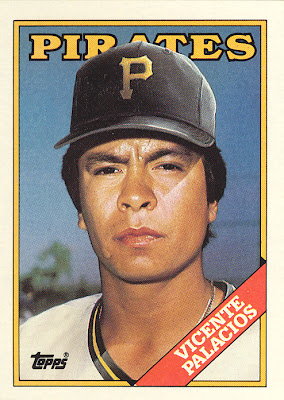 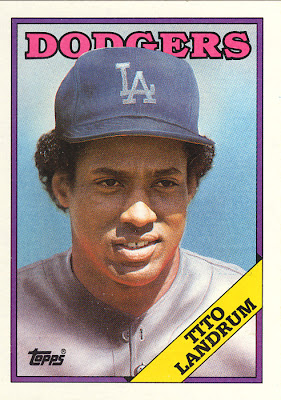 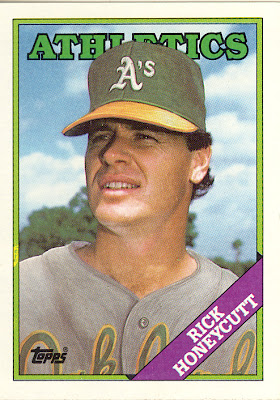