Continuing with our look at the 1955 All-Star Game program, here are the second set of National League stars: 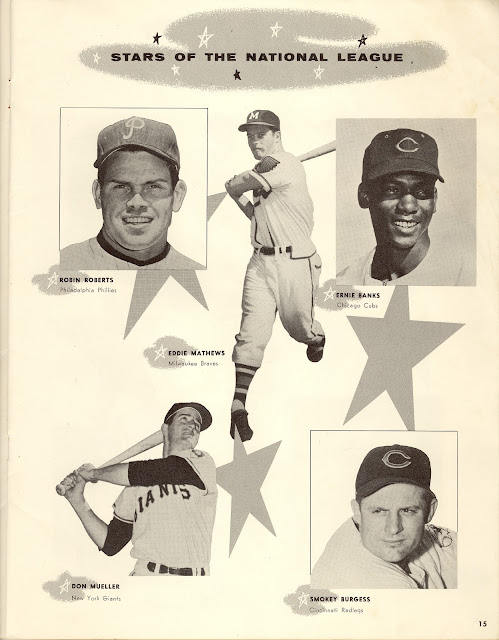 1955 was the last year in an incredible six years for Robin Roberts during which he won 20 or more games each year and 138 overall.  It was also his sixth straight All-Star game.
Ernie Banks was making his first All-Star appearance.
Smokey Burgess was traded by the Phillies to Cincinnati on April 30 when he was hitting .190.  The change sure was good for him as he hit .325 in May.  For the year Smokey smoked his former team for a .323 average in 18 games.  The following year he repayed them again with a .367 average in 12 games. 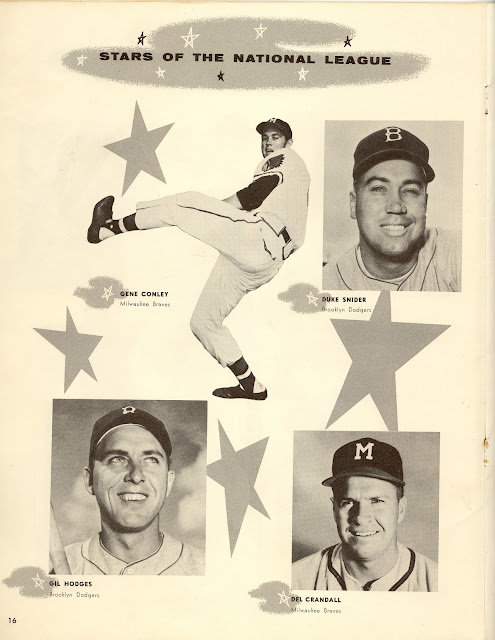 Gene Conley in addition to his baseball career, played for six seasons in the NBA.
Appreciated for his defense and game calling Del Crandall hit a career high 26 home runs in 1955. 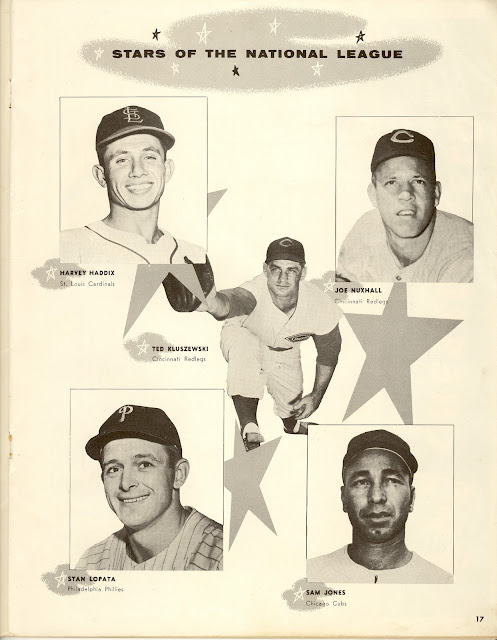