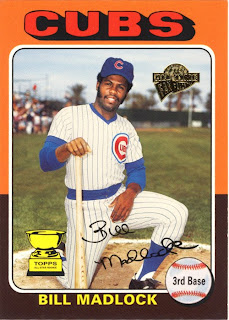 1975 design. Not wild about the border colors on this one (red on orange for the team name?) but it's a nice shot of a young Bill Madlock and it's a Cubs card. 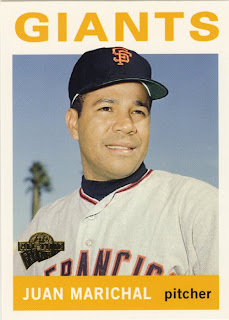 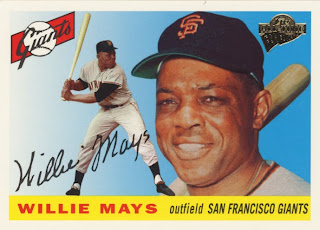 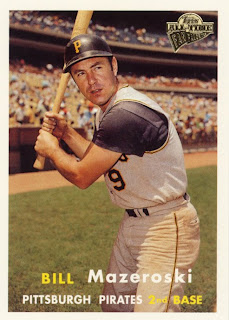 1957 design. Remember when the Pirates were good? Bill does. In 1957 he hit a career high .283 but it was not a good year for the Pirates in '57. They finished tied with my Cubbies at 62-92 and in last place, 33 games behind the eventual World Series Champion Milwaukee Braves. 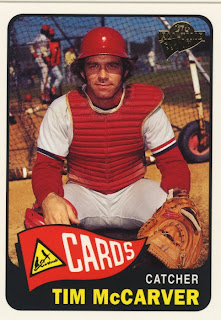 1965 design. For some reason the Cardinals cards always look particularly good. That being said I like this card for the goofy looking Tim McCarver. 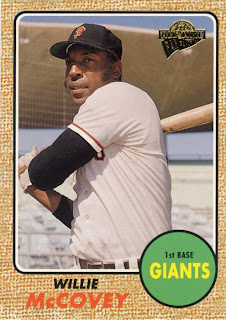 1968 design. Not my most favorite card but Willie's a Hall of Famer and I like the Giant's green on the 1968 design. This is one case where the original is actually better. 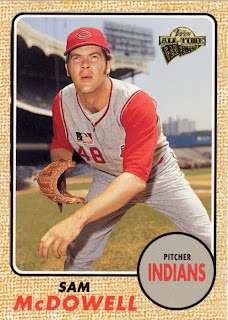 1968 design. Sam had an ERA of 1.81 in 1968. That was good for second in the AL behind teammate Luis Tiant but Sudden Sam went only 15-14. If I'm not mistaken he lost twelve games in which the Indians scored no more than one run. 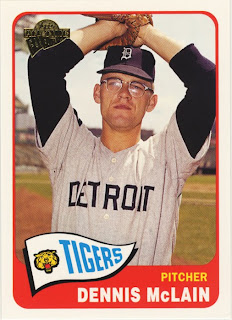 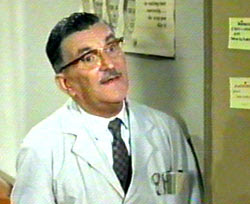 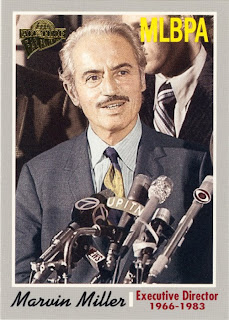 1970 design. I believe it's right that the players are not the slaves of the baseball owners but I miss the days when the same guys were on your team together for a longer time. 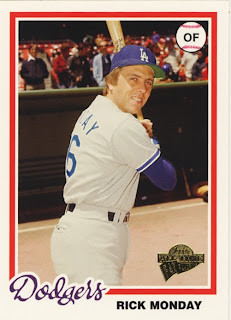 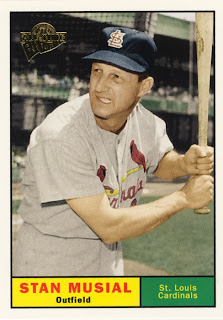 1960 design. This is the design of Topps Heritage in 2010. Personally, I like it. As for this card, you can't do any better than Stan the Man.
Posted by Hackenbush at 5:00 PM