Blow Out the Candles Dec 8 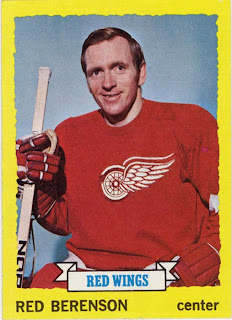 
17 year NHL star center Gordon "Red" Berenson turns 70 today. Red did what very few have done in a game when he scored six goals against the Philadelphia Flyers on November 7, 1968.


In 1984 Red took over the reigns of the Michigan Wolverines hockey team and has held the position ever since. His teams have made 10 "Frozen Four" appearances and have won two NCAA championships, 1996 and 1998.
Posted by Hackenbush at 8:00 AM