This is the 4th and final installment of highlights from Tribecard David's Randomly Random package o' fun.

There are still a few newer 500 club members that seem to be untainted by PED suspicions. Here are three of them. 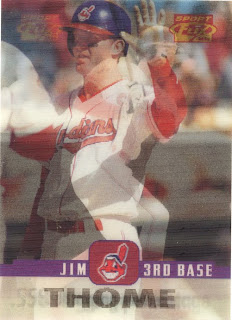 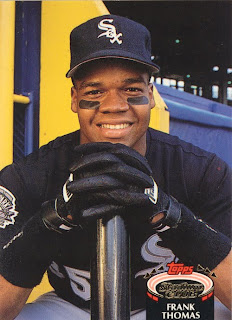 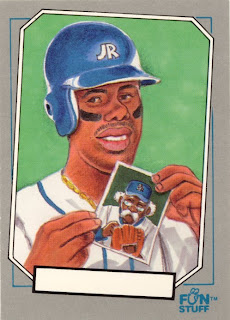 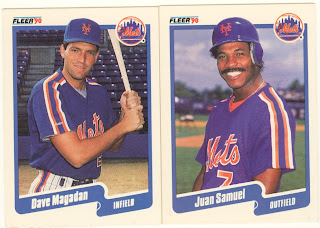 Which one of these Mets sees their dentist twice a year and which is a closet anti-dentite? 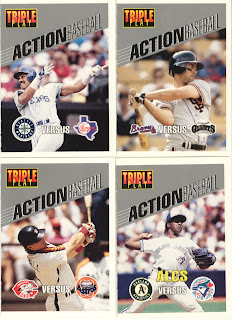 These are different-- 1993 Triple Play Action Baseball. They fold out and inside are 32 scratch off squares with baseball outcomes. You play a three inning game by revealing outs, hits etc. There's a scoreboard on the right. Only the Will Clark was scratched (but oddly not scored) so I can play the other three games. I am just that easily amused. 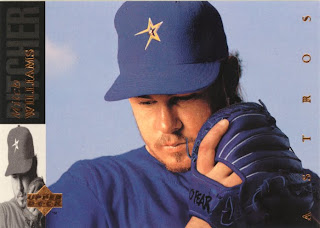 Blue is my favorite color. This study in blue is very serene. Ironic isn't it? 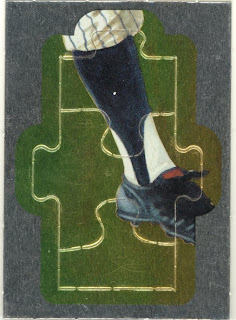 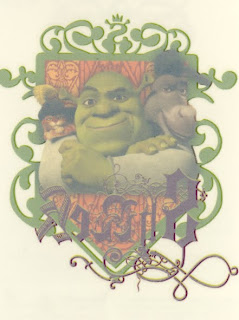 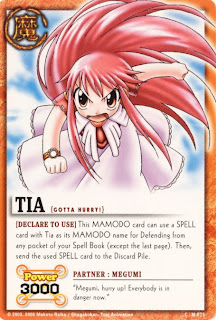 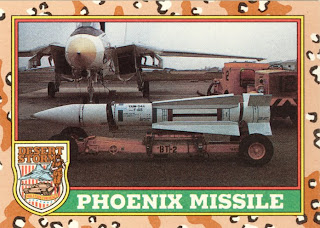 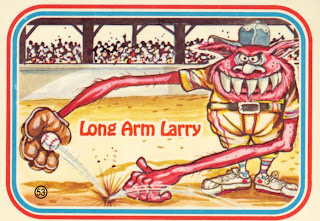 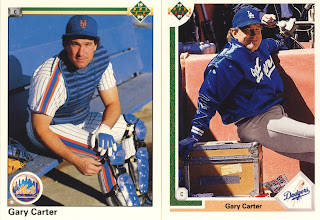 Gary Carter didn't even play for the Mets in 1990. He only played one season in LA but he looks very happy to be there. 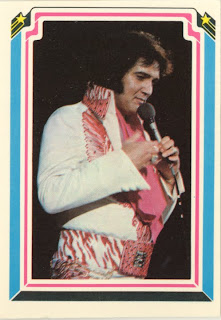 Ladies and gentlemen, Elvis has left the building!