I love sets of all retired players. Cramer Baseball Legends covers about as wide an range of eras as I've seen. It was issued in the early 80's by Cramer Sports Productions which would later become Pacific Card Co. There were a total of 124 cards in the set. 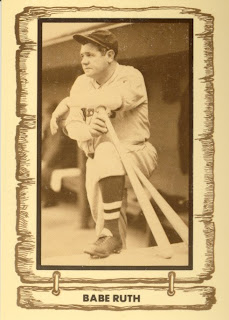 Babe Ruth is card #1 here as he should be in any legends set. 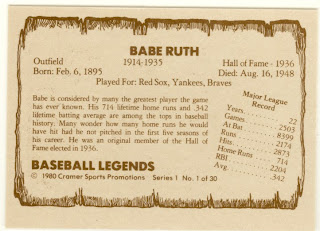 This is what the backs look like. The askew Major League Record was apparently a design decision, not a mistake. They're all like that. 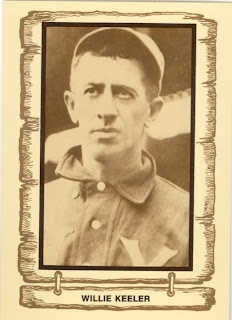 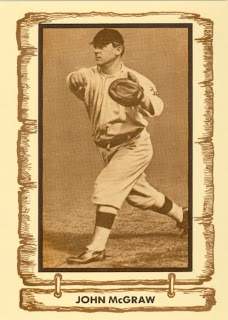 John McGraw This picture looks to be from his playing days though he was inducted into the HOF as a manager. Check out the glove. 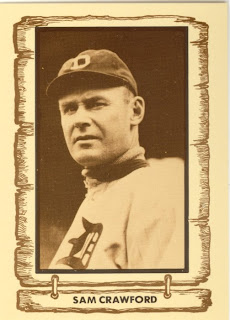 Sam Crawford is the all-time career leader in triples. 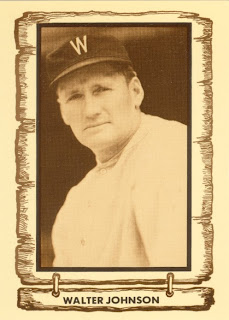 The Big Train, Walter Johnson. He could bring it. 416 wins in 21 seasons. A gentleman to boot. 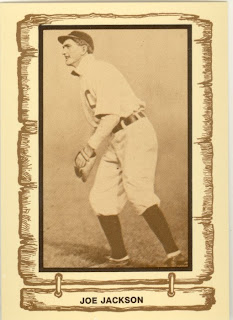 Just remember, if you do go to the Shoeless Joe Jackson Museum, there is "NO PUBLIC RESTROOM", even though the toilet is new. BTW the guy doing the tour, Phil Bildner, writes children's books about baseball. 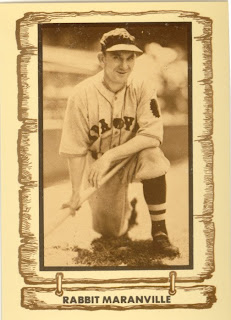 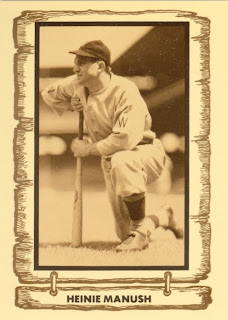 How many sets include HOF'er Heinie Manush? It's a fun name. Say it with me, HEINE MANUSH. Career average, .330. 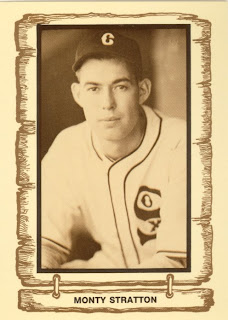 Here's another rarely seen player, Monty Stratton who lost his right leg in a hunting accident (no, Dick Cheney wasn't even born yet). He was the subject of the Jimmy Stewart film "The Stratton Story".
Here are more highlights that I won't comment about since this is getting a little long, except to say that I like the Maris photo in a KC Athletics uniform. 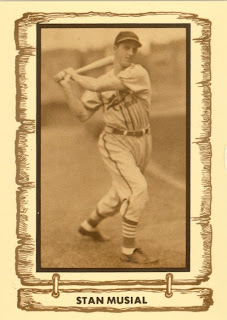 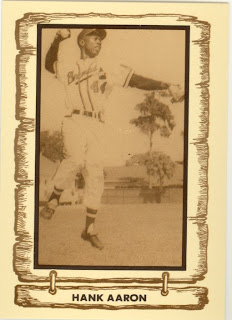 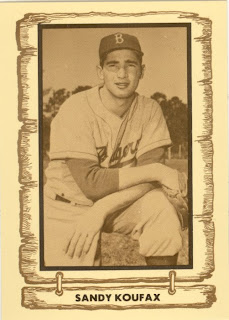 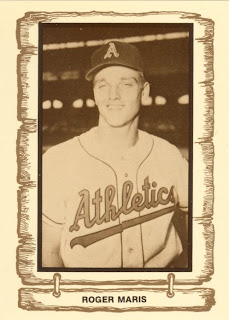 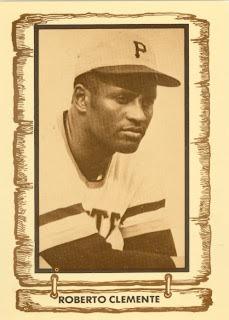 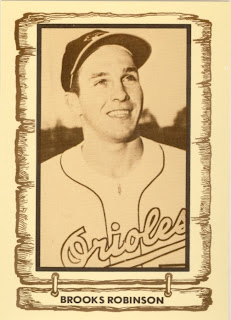