Back of the Card--1960 cartoons--College Boys

I don't have the stats but I would guess there were a lot less college educated players around in 1960 than today. It was enough of a novelty that Topps thought it merited a cartoon. Of course, if you look closely 4 of the 5 geniuses here are said to have "attended" their college. Can we assume that only Red Wilson actually graduated? 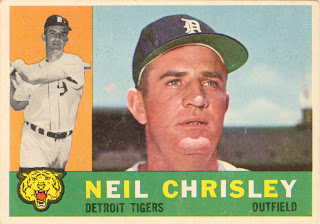 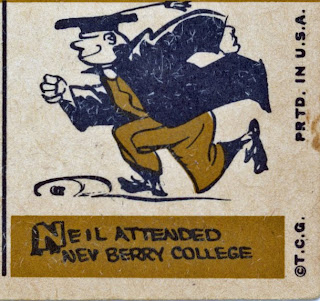 Neil Crisley batted .210 in five undistinguished seasons. How bad is it that he was purchased by the '62 Mets in October 1961 from the Braves and returned to them on April, 2 1962! Apparently he wasn't good enough for a team that finished the 1962 season 40-120. 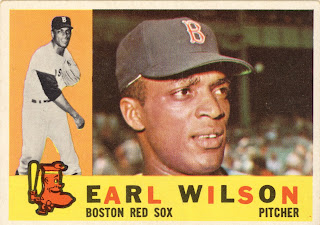 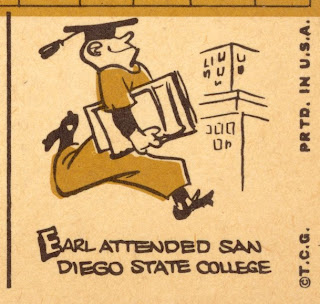 Earl Wilson was only the second black player on the Boston Red Sox after Pumpsie Green when he debuted in 1959. He pitched a 2-0 no-hitter against the LA Angels in June 1962. He also homered in that game. His best year was 1967, 22-11 for the Tigers and he was in the rotation the next season when Detroit beat the Cards in the World Series. He ranks 5th all-time in career home runs by a pitcher with 33. 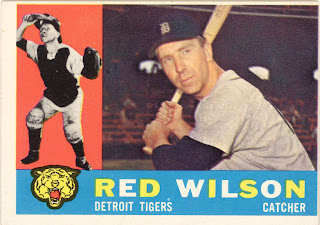 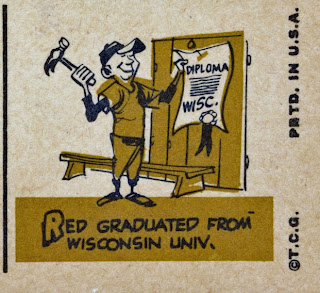 Red Wilson was an outstanding college athlete. He starred in both football and baseball for the Wisconsin Badgers. In 1949 he was the Big Ten conference MVP. The following year he led the baseball team to the College World Series. He was drafted by the Cleveland Browns in 1950 but chose a career in baseball playing 10 seasons for the White Sox, Tigers and Indians. His college degree was put to good use. He was founder and president of the Westgate Bank in Madison, WI. 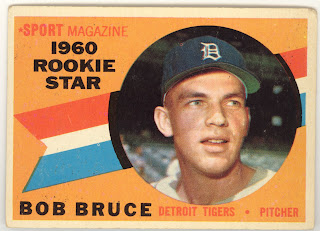 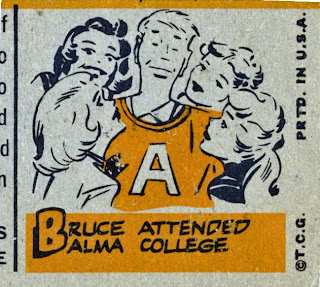 Bob Bruce pitched for 3 teams in nine seasons finishing his career with 49 wins against 71 losses . He is one of only 39 pitchers in MLB history to strike out the side on 9 pitches that were all strikes. He accomplished this rare feat in the eighth inning on April 19, 1964 against the Cardinals. Coincidentally, some nobody named Sandy Koufax had just accomplished the same thing the very day before against the Reds.

By the way, I wonder why Bob attended an all girls college? Oh wait, I think I know.

Posted by Hackenbush at 5:25 PM