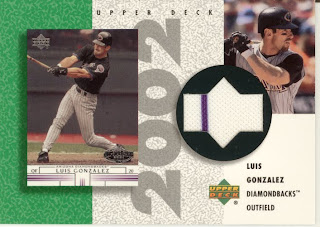 This is one of the nicest cards in my Randomly Random group from Tribecards. It's a great purple pinstriped home jersey card from 2002. I remember Luis mentioned as one of the good guys in baseball but he is suspected of using PED's. 57 HR's in 2001??? 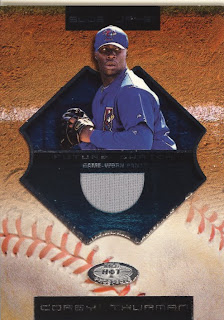 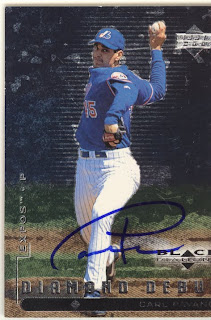 1998 UD Diamond Debut of Carl Pavano, autographed. Carl has an interesting history with injuries. According to Wikipedia the Yankees expected him to be ready to pitch in 2006 but he injured his buttocks in spring training and was out the entire season. WHAT? He missed an entire season with a buttocks injury? What an ass! Read it for yourself if you don't believe me. http://en.wikipedia.org/wiki/Carl_Pavano
Posted by Hackenbush at 11:09 AM