I found a blaster of 2008 SP Authentic on sale at KMart. They're a new product for me and I was impressed by the pack I opened. Here it is: 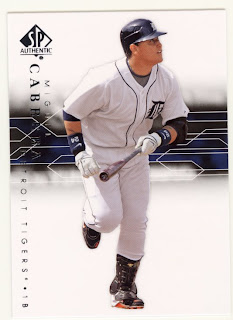 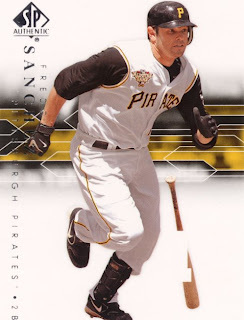 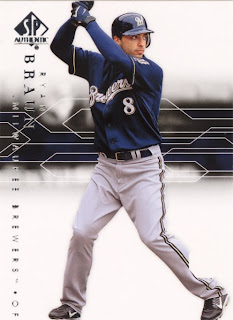 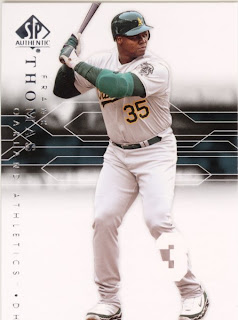 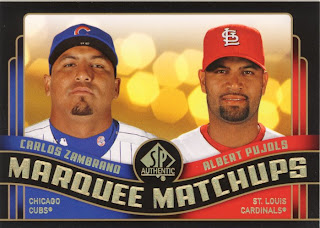 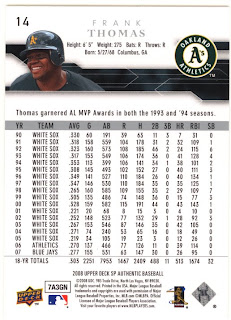 If you haven't seen these before (I'm guessing most of you have) the scans don't do the cards justice. I like the shiny player image against the mat background. I also like the way the blurred strip in the background matches the team colors. The silver foil on the left is legible without being obtrusive. The player's uniform number is outlined in shiny white on the bottom right. I'm not sure that works since you have to tilt the card in the light to see it. The backs are sharp and include a head shot of the player, his complete stats and more or less text depending on the amount of stats. The team logo is also included in the upper right hand corner.
The Marquee Matchups card are cool as well (at least the one here).

The look of the cards is reminiscent of the books put out by Dorling Kindersley (DK). If you have kids you've probably seen them.

Anyways that's a lot of writing for something you can pretty much see for yourselves. Maybe I should have just said "See these, I like them!"