No, I'm not talking about an island in the Caribbean.

In general I'm not a fan of logo-less products but for the last few years Panini's Cooperstown baseball has been about the only place to find any new Ron Santo items.

If you're unfamiliar with these pennants they're about the dimension of an index card and the surface is flocked.  The little photo is just that, a glossy photo.  It took me quite a while to pick this up.  When they first came out the prices were way higher than what I thought they should be.  In fact the last one that came up on ebay (a week after this one) sold for more than double what I paid.  Hey, on a positive note it's great to see anything that celebrates Ronnie's overdue honor. 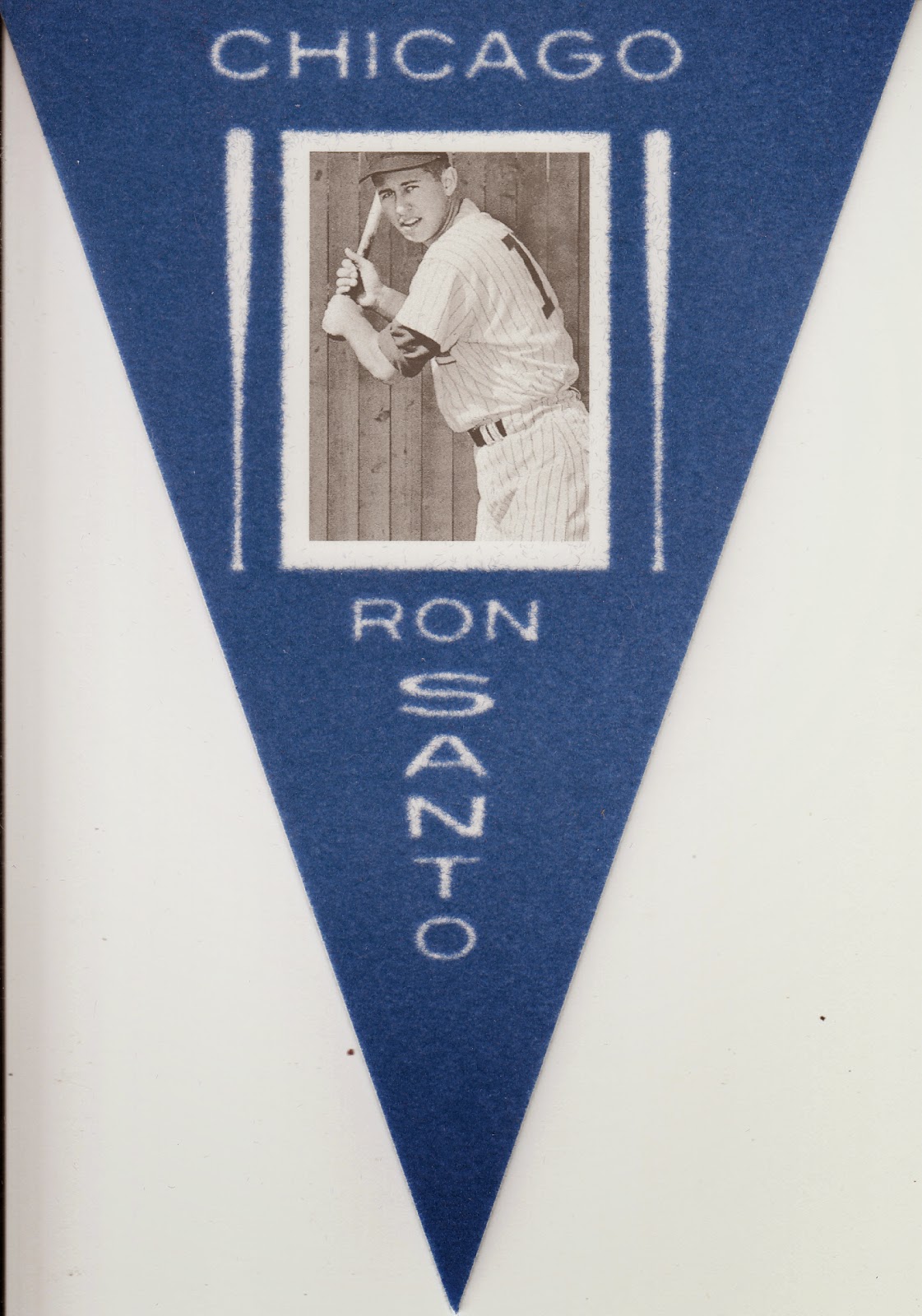 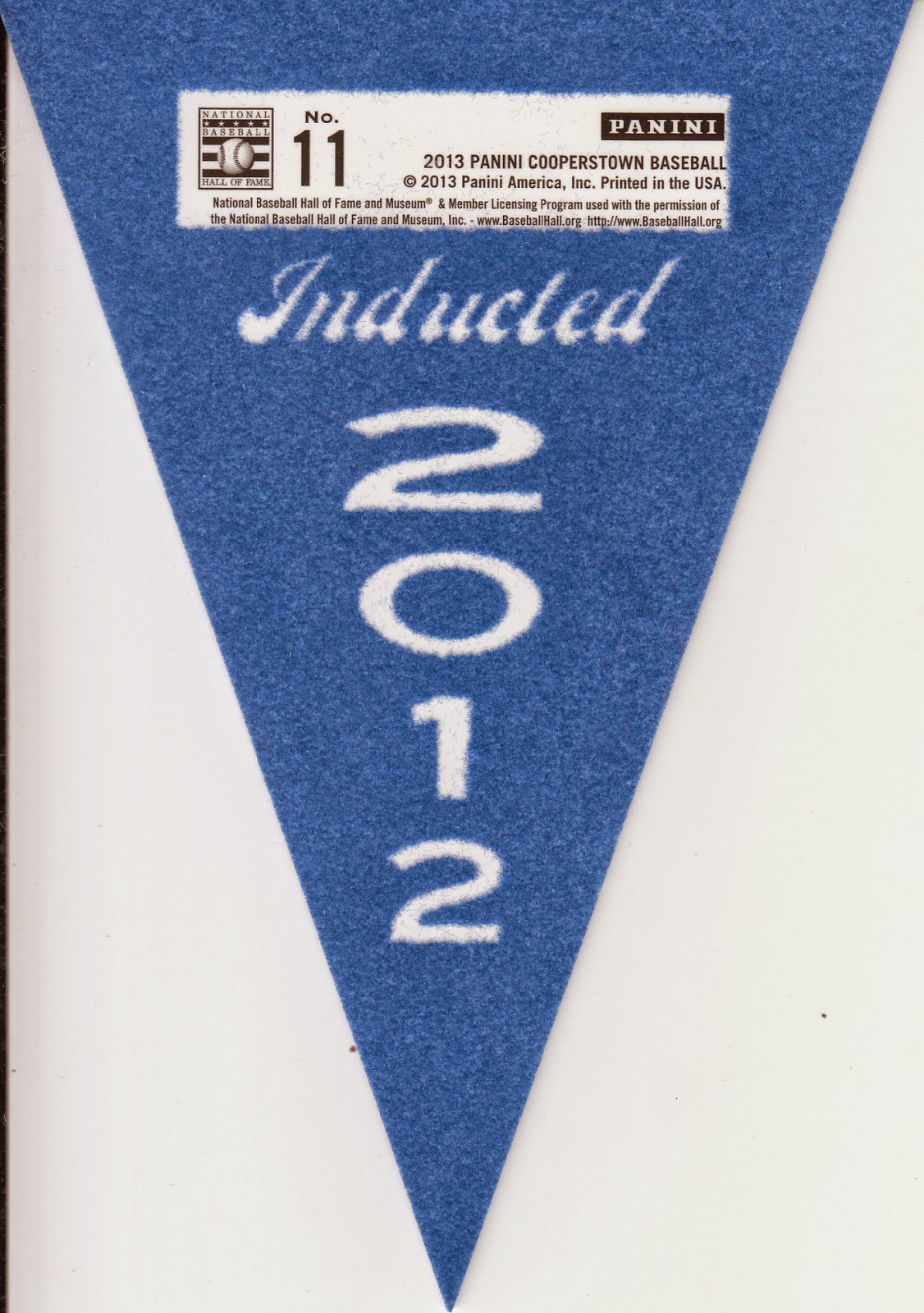 Again, if you haven't seen these in person, they're just under 2-1/4" in diameter, significantly larger than the 1909-11 originals they're modeled after.  I love this image of a young smiling Santo. 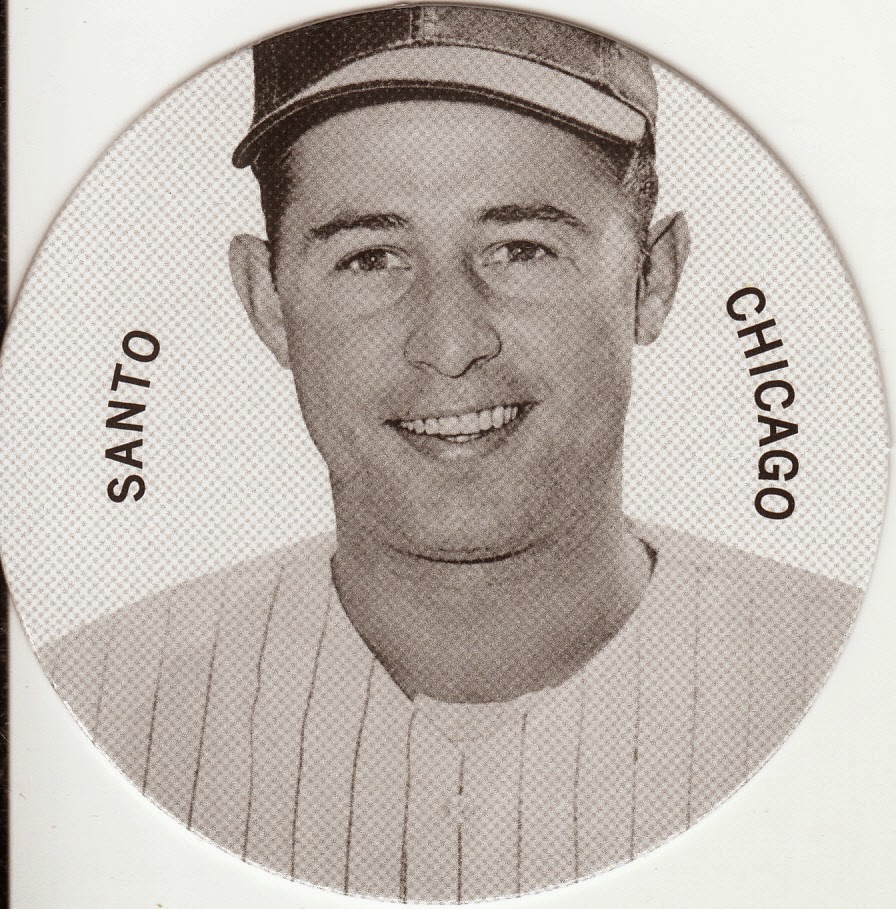 The backs seem to have been directly reproduced from the originals. 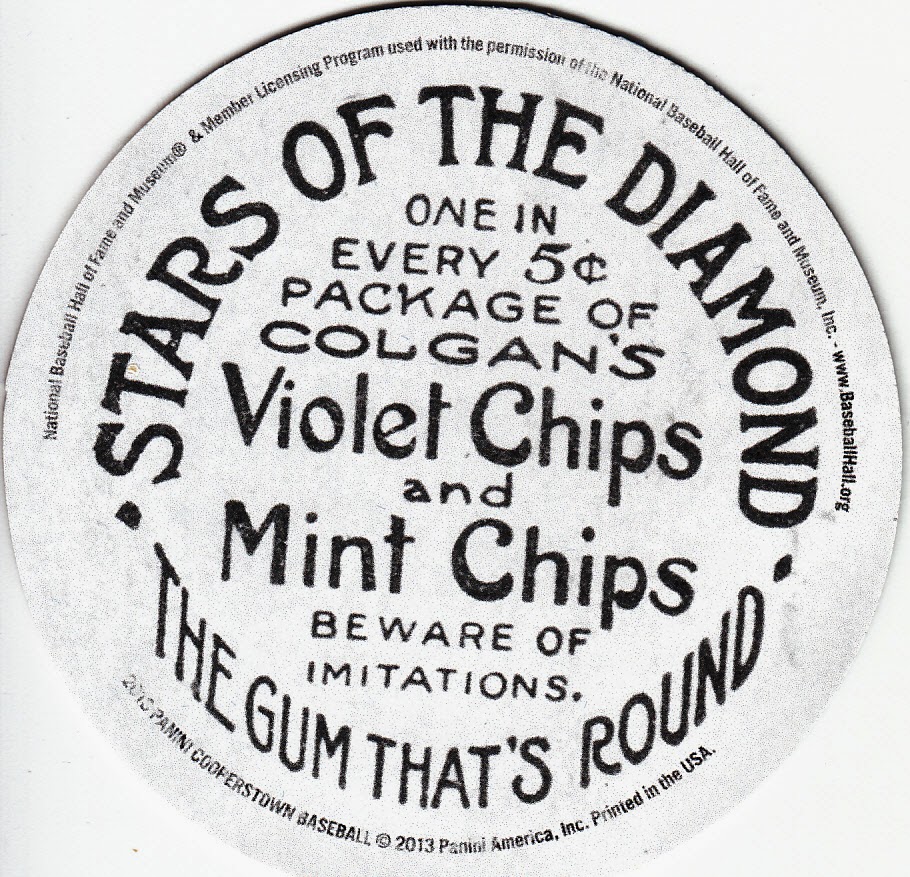