When you think of Orioles shortstops who comes to mind?  Probably Cal Ripken, Jr.?  Miguel Tejada?  If you're older, Luis Aparicio?  I grew up in the pre-internet, pre-ESPN, pre-cable era.  Living in Chicago I saw a lot of Cubs games on TV and if I was bored enough, some White Sox games.  Other than that the games we saw were NBC's Game of the Week and the World Series.  So the teams I got to know were the best of the time.  When I started collecting again I made a point of accumulating the autographs of players from  those teams.   The Baltimore Orioles were one of them.  I'm certainly not a super collector but I probably have autographed cards of between 15-20 of  late sixties early seventies O's players.  Most of them are of the certified variety and over the years I've show a bunch of them.
That was a long digression, the point of which was to explain why when I think of Orioles shortstops it's Mark Belanger.  Also as a Cubs fan, if Brooks Robinson was the Orioles Ron Santo, then Belanger was the their Don Kessinger.  In fact, both were exactly 6'1"-170.  You could look it up.
Belanger died of lung cancer in 1998 at the age of 54 before the certified auto era so when looking to add a card to my collection a slabbed example was the way to go.  Looking back I may have overpaid for the one I got.  On the other hand in addition to being signed it is an O-Pee-Chee.  Anyways, that's a lot of words to introduce one card and certainly a lot more words than you usually get from me.  Here's Mark! 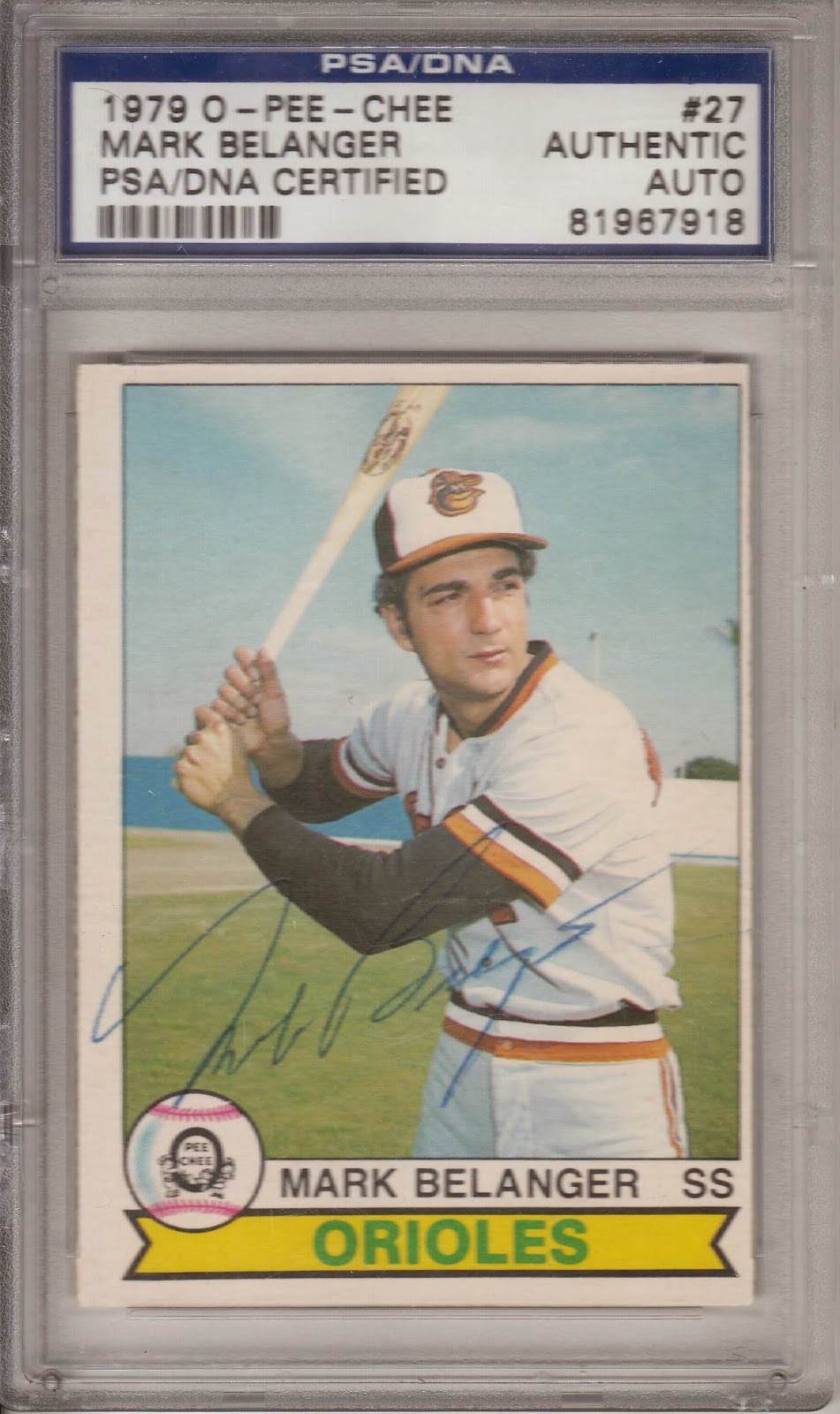 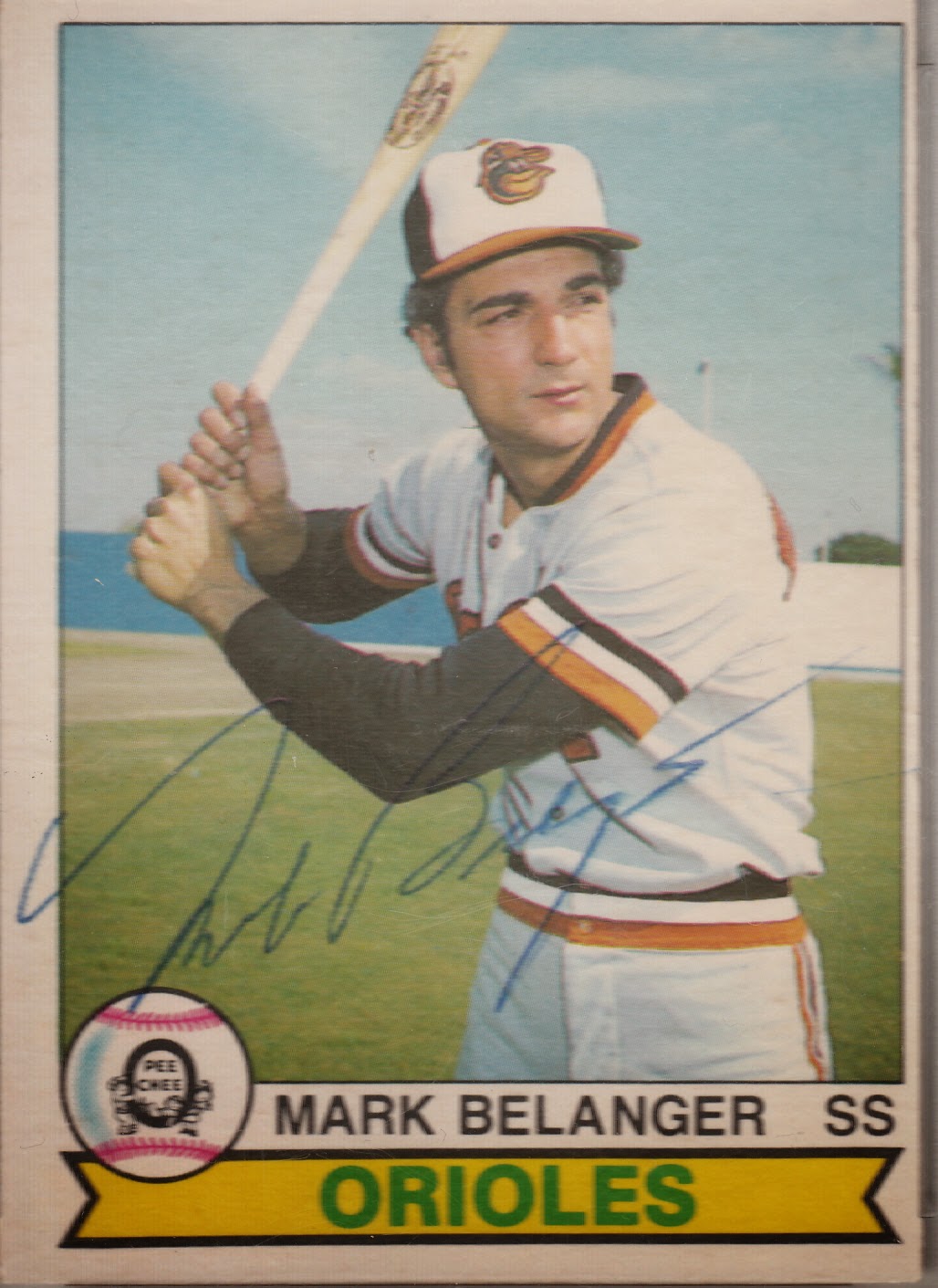 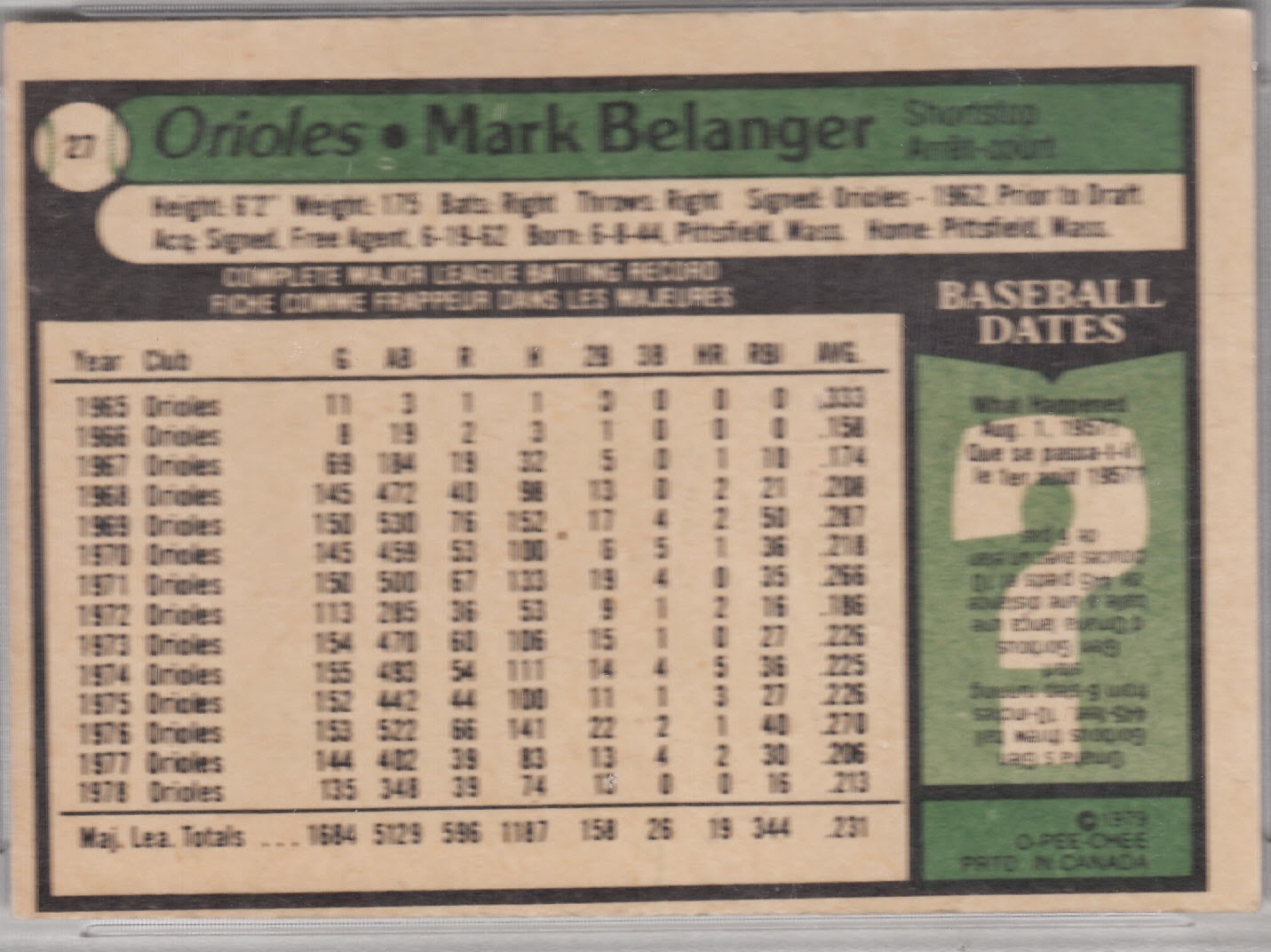 Posted by Hackenbush at 9:43 AM