This is one of the earliest items you can find featuring Hall of Fame 3rd baseman (I love saying that) Ron Santo.  It was issued the same year as his Topps rookie card, 1961.  It originally came in a pack of 12, the other notable that year being Ernie Banks (Richie Ashburn and Don Zimmer were in the set as well).  Billy Williams did not appear until the 1962 set.  I found this one on ebay for about $10 plus shipping. 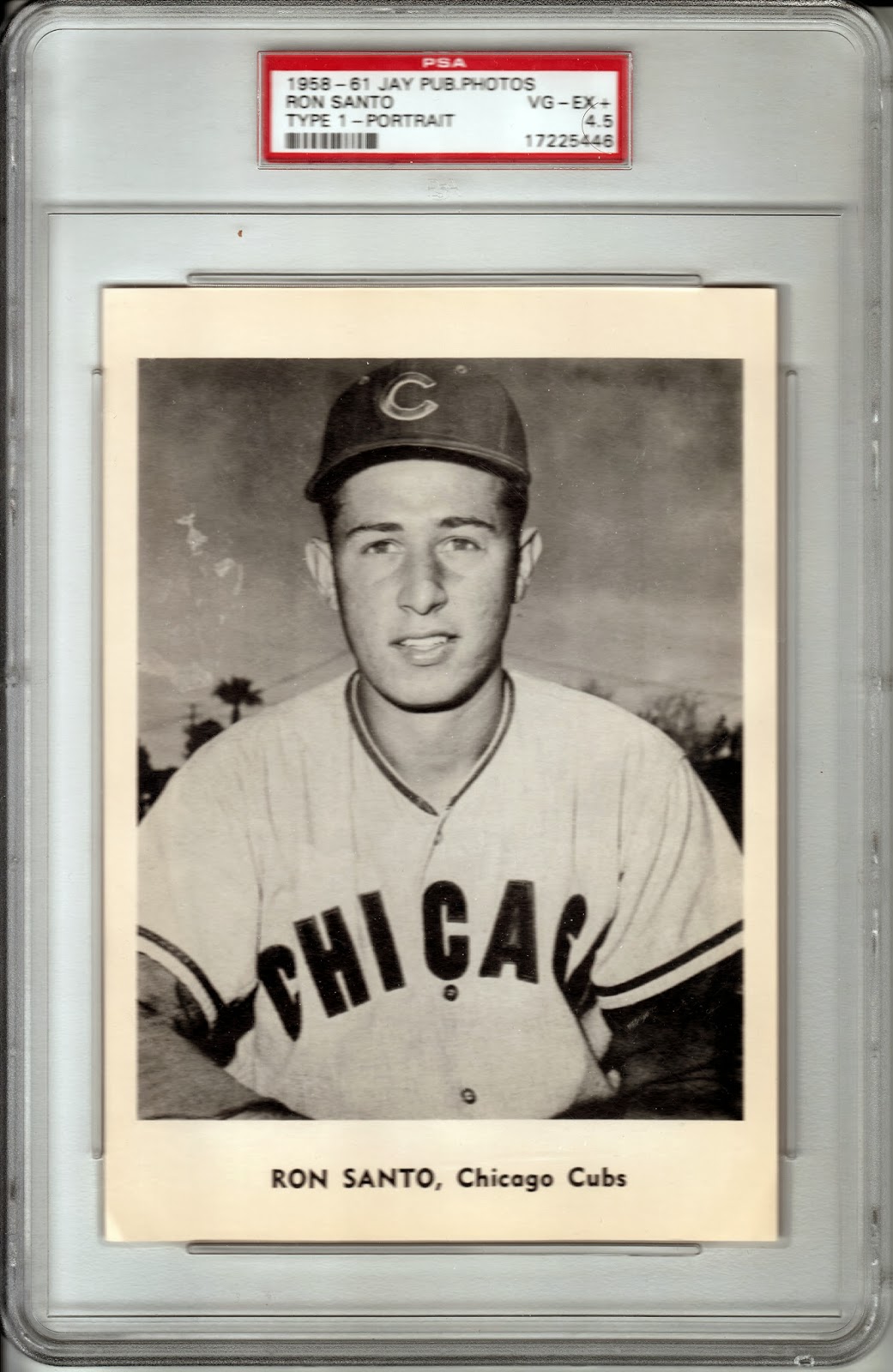 One way to distinguish the 1958-61 photos from the later issues is that the typeface at the bottom on the earlier ones is sans serif while the later used a serif version .
The photo itself is 5 x 7.  I've added a regular sized card for comparison. 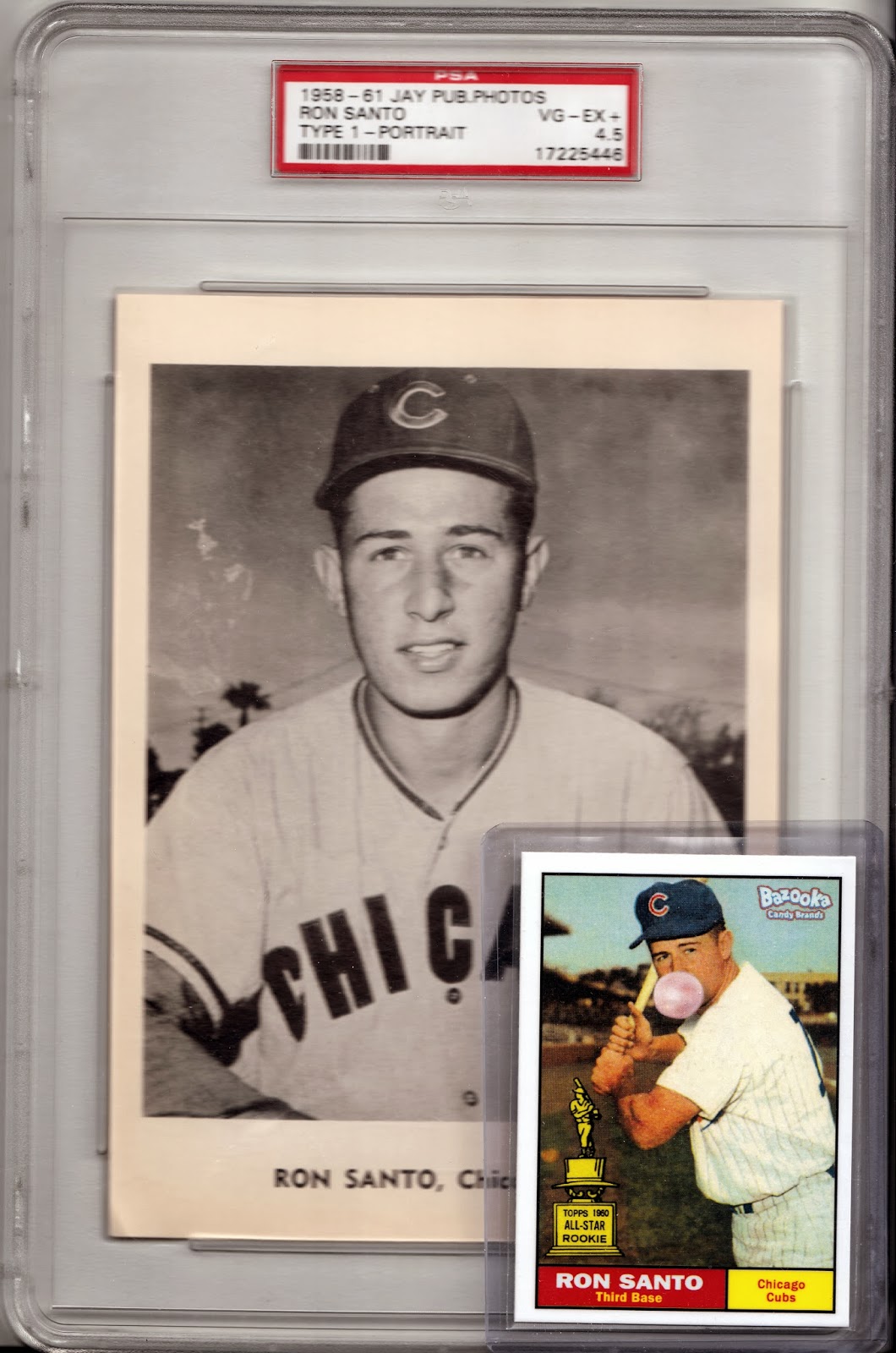