I'm not sure why, but I had this card in a small index card file box along with a bunch of assorted stray cards.

Drew made it to the major leagues and played in 125 games over five seasons.  That's an accomplishment that most of us would like to have had. That being said ...I once grew a mustache in high school.  After I shaved it off my friends told me how bad it had looked.  I think mine was better than Drew's. 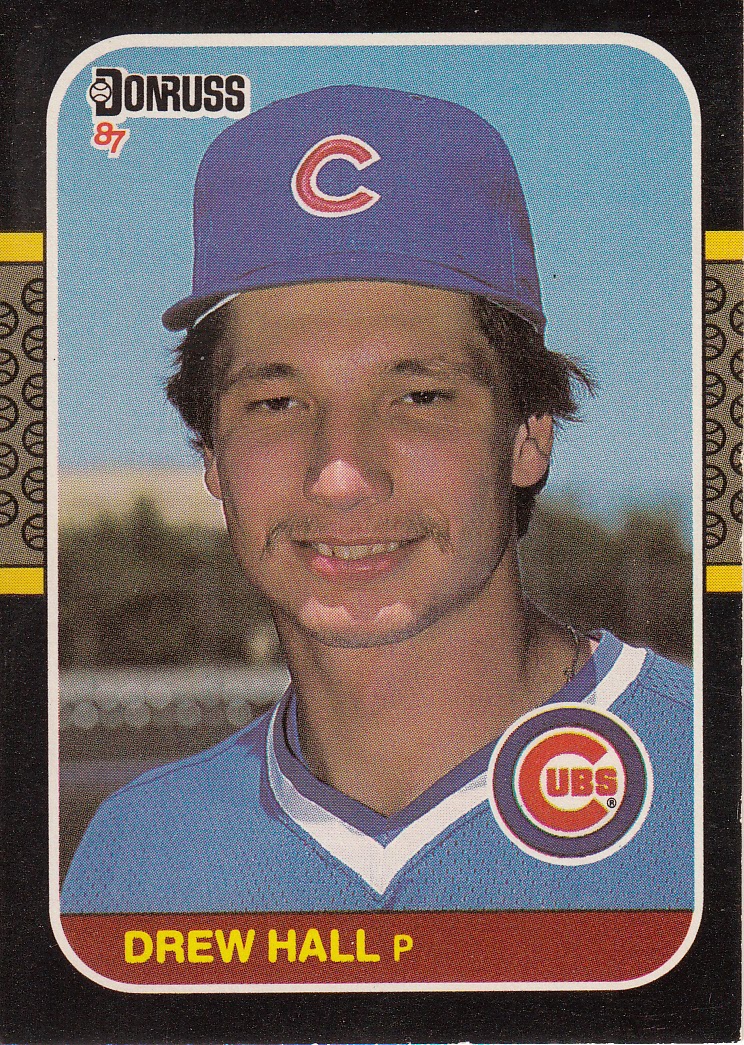 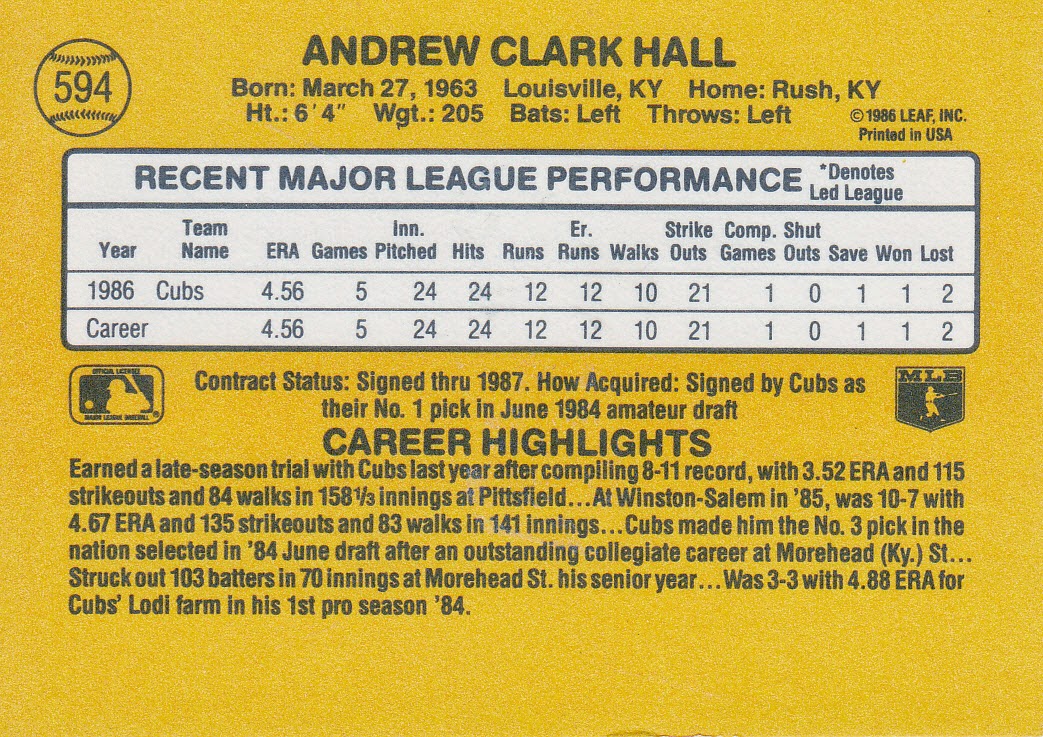 According to my sources (Wikipedia) Drew remains the highest MLB draft pick out of the state of Kentucky.  They also say that his daughter, Ashlee, is one the East Coast's leading psychics.  The closest I could find on Google is an Ashlee Psychic Studio in Brielle, New Jersey.  No real information about her.
Posted by Hackenbush at 8:00 AM