I'm still opening packs my wife gave me for Christmas.  Here's a short one.  Nothing outstanding but a nice pack anyway. 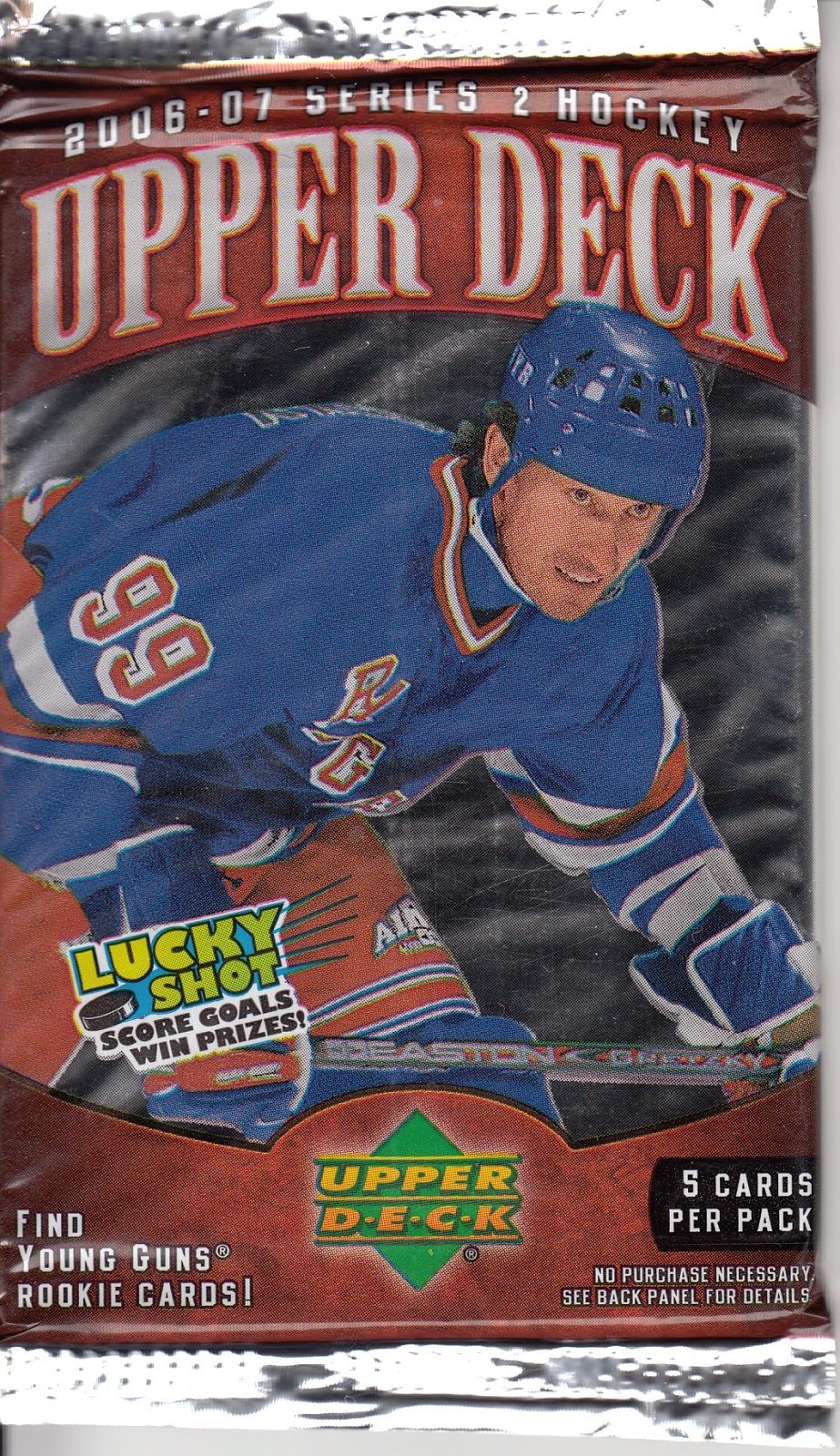 I'm not sure why The Great One is on the pack or why he has a checklist card. 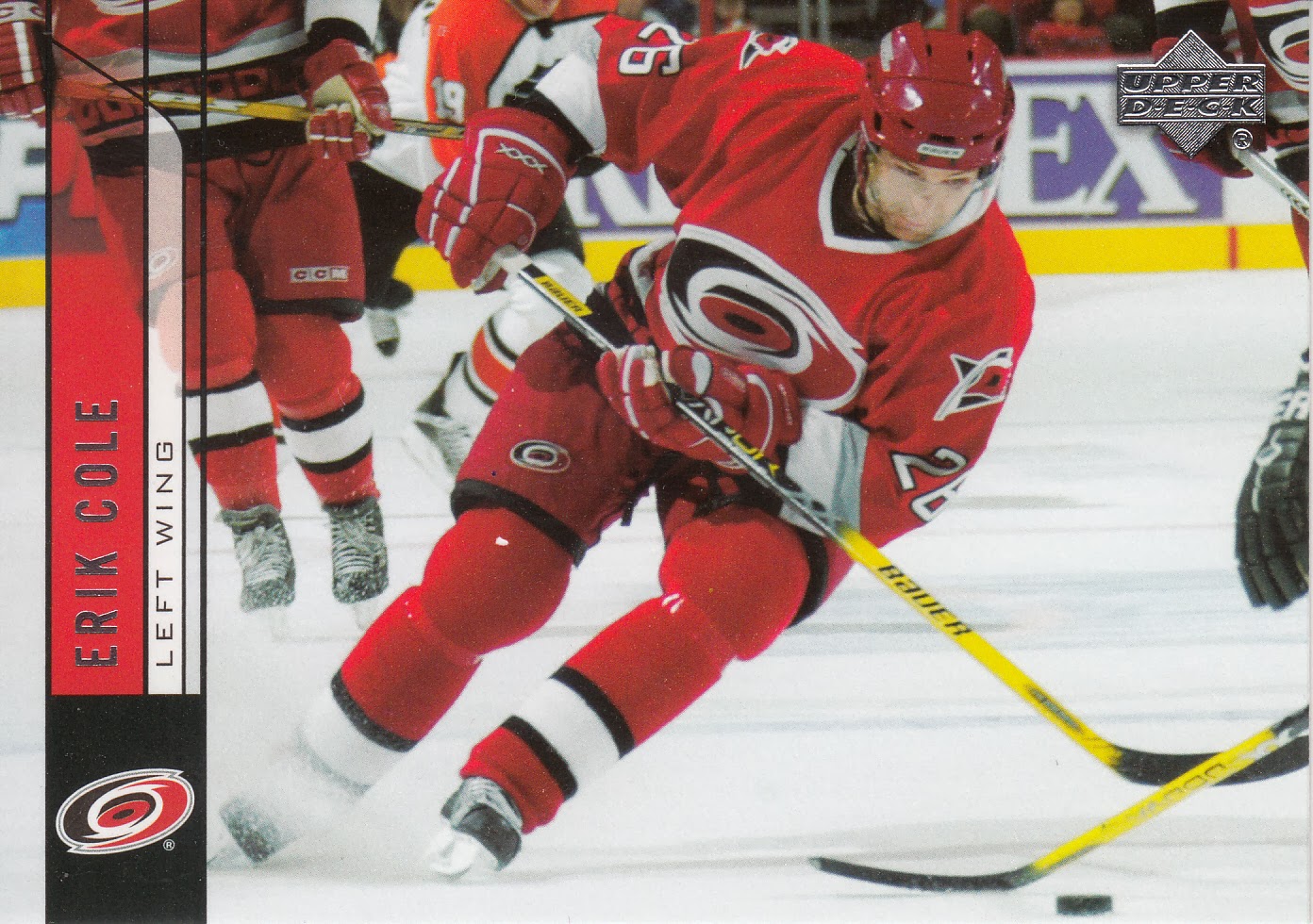 On Nov. 9, 2005 Erik became the first player in NHL history to be awarded two penalty shots in the same game.  He also holds the Canadiens record for the fastest hat trick from the start of a game, at 5:41 in the first period on March 23, 2012.   Cole is now 35 and playing with Dallas. 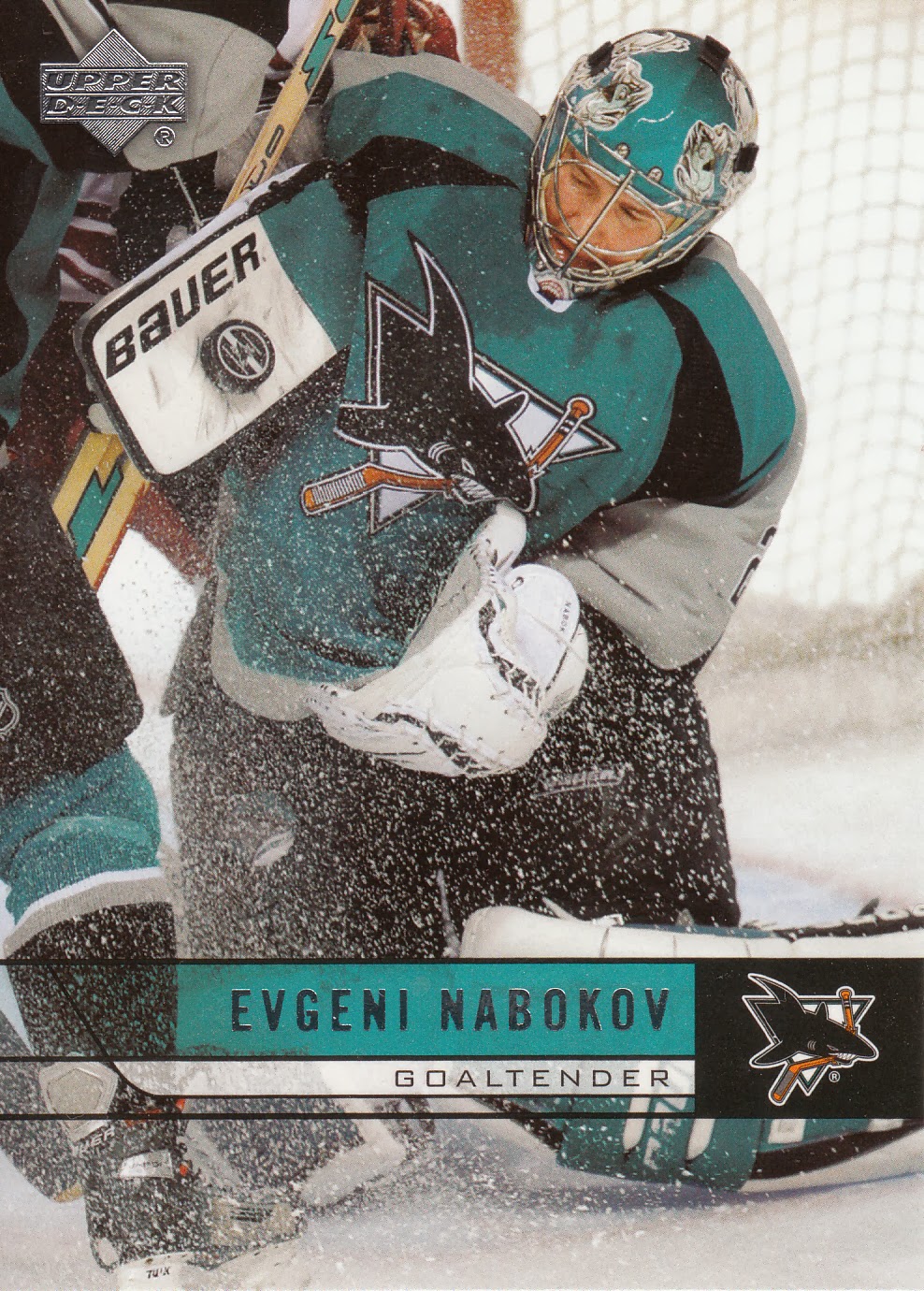 Another great goalie shot.   On March 10, 2002 Evgeni became the first NHL  goalie to score a power play goal.  Nabakov, now with the Islanders, holds a boatload of career records for the Sharks. 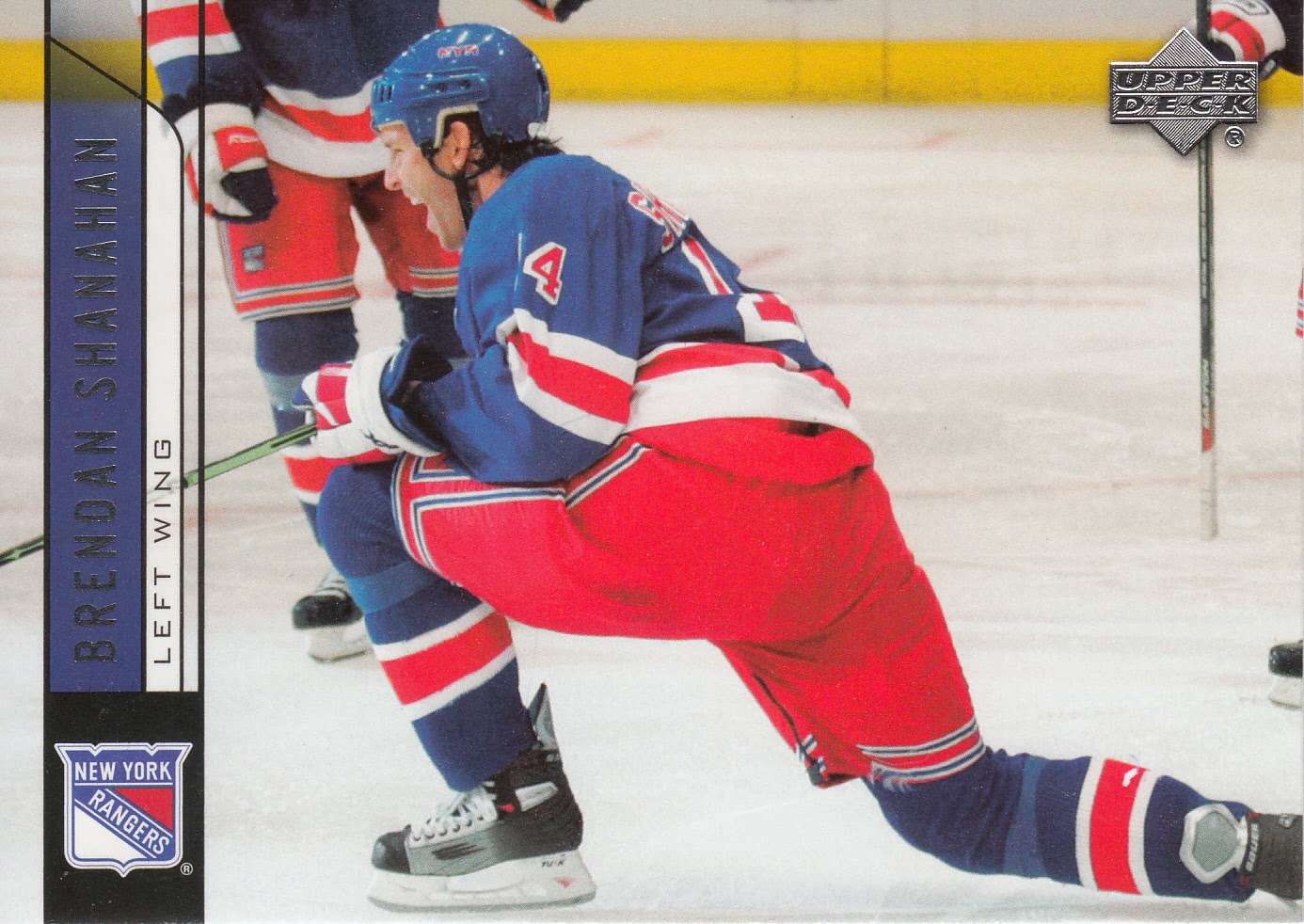 Shanahan was a Class of 2013 Hall of Fame inductee. 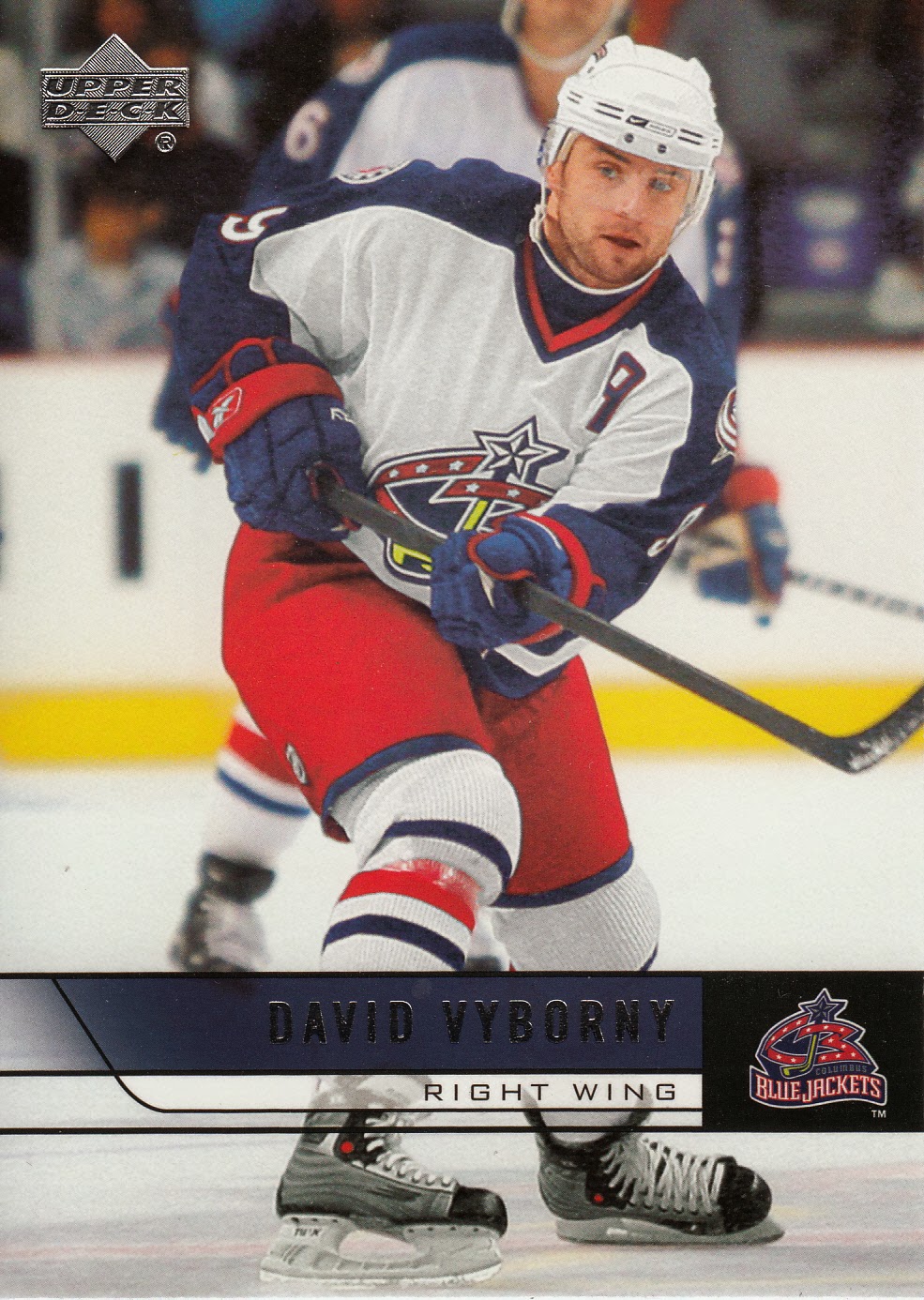 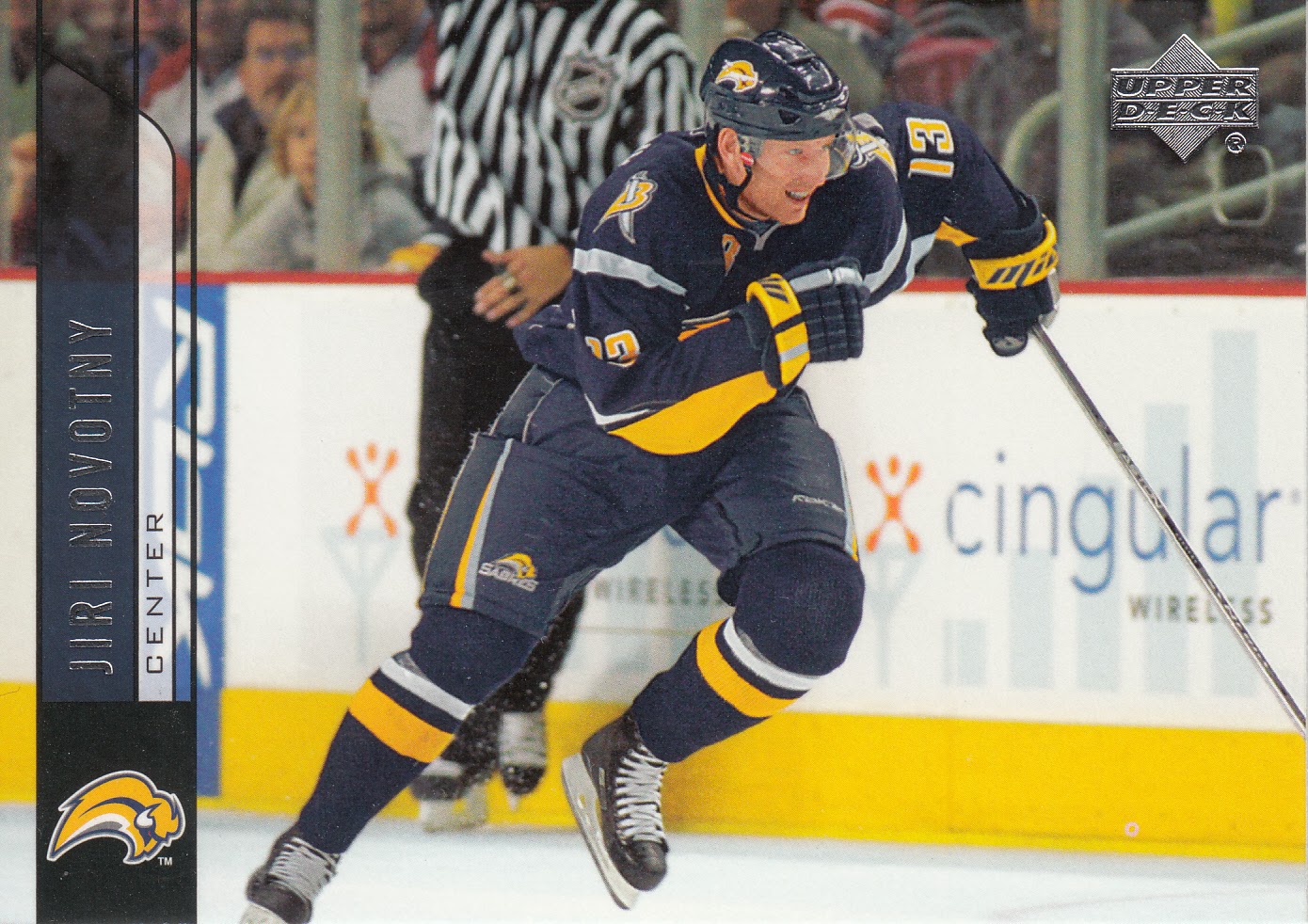 Novotny is another Czech who finished his NHL career with Columbus.
Posted by Hackenbush at 6:51 PM