The black Babe Ruth, I've always heard of this guy spoken with reverence. 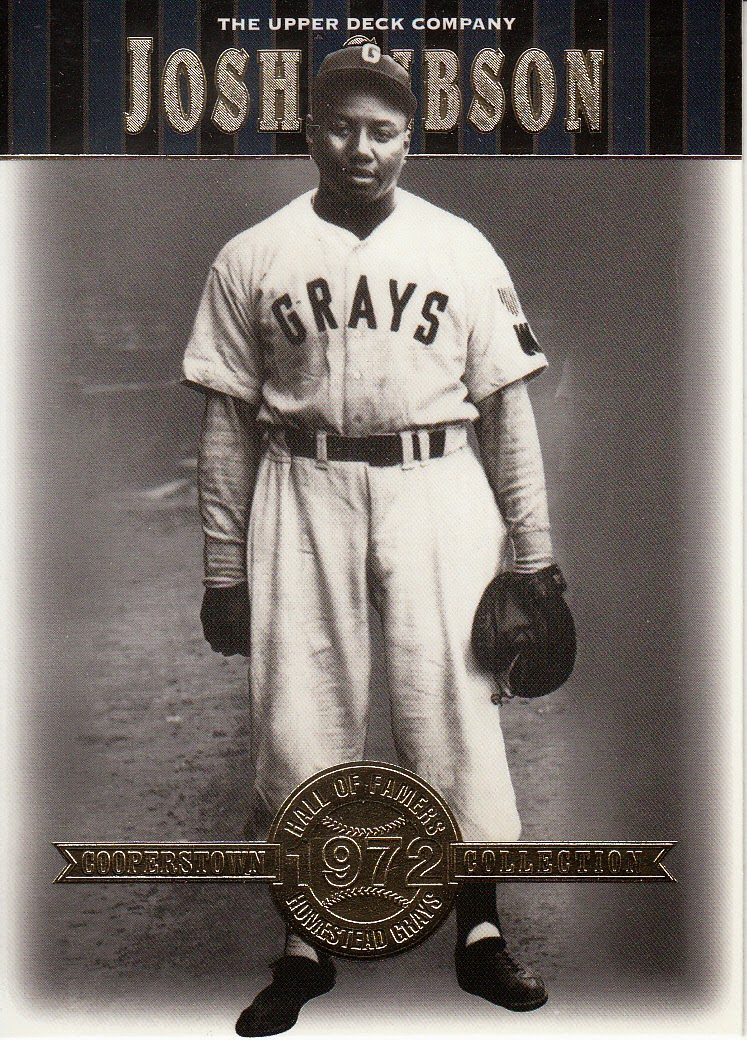 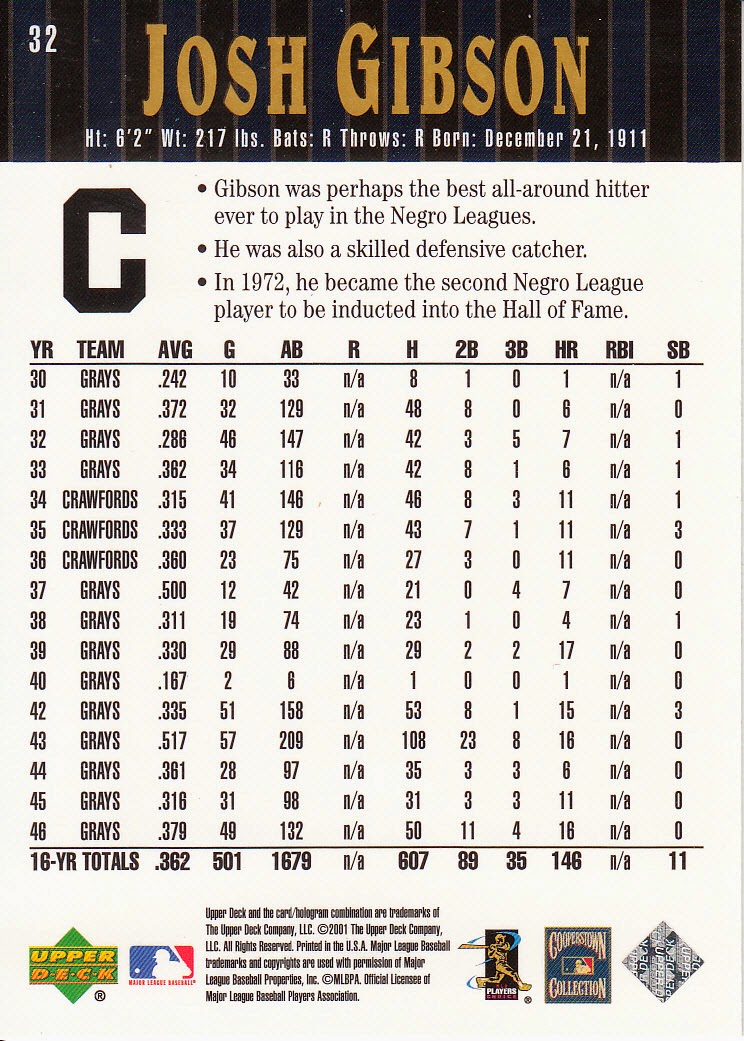 "I played with Willie Mays and against Hank Aaron," Hall of Famer Monte Irvin once said. "They were tremendous players, but they were no Josh Gibson."

Nolan seems to be another guy that everyone likes.  His card values speak to that.  I like seeing him in a Rangers uniform.  Imagine what his win totals would be had he played for better teams. 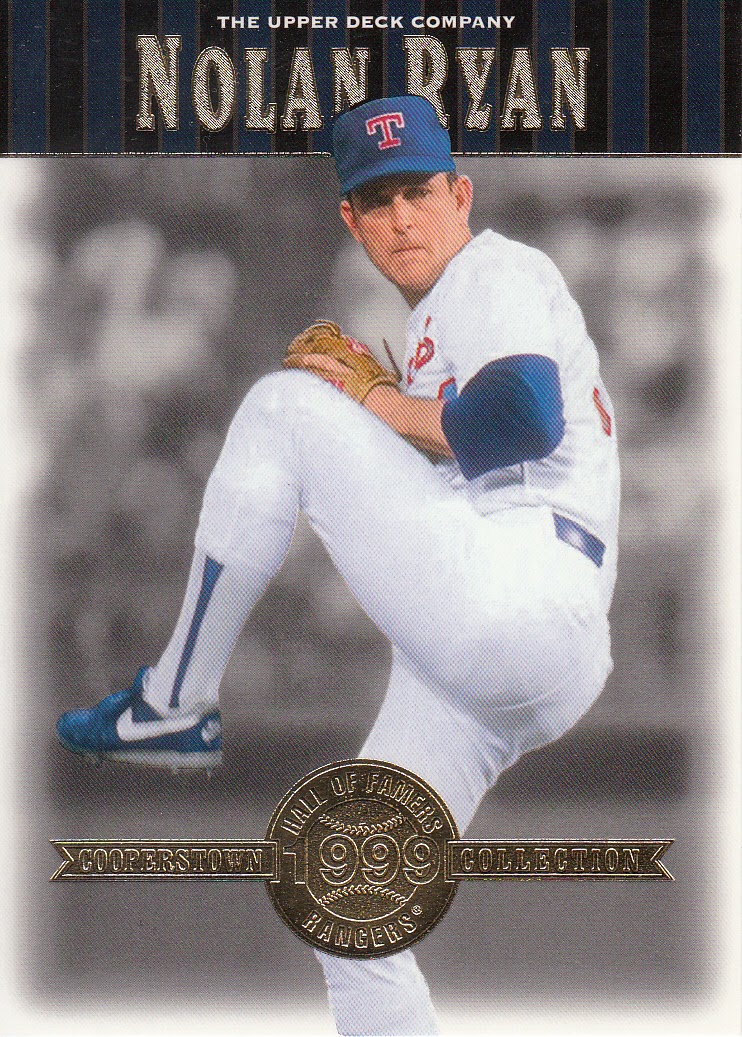 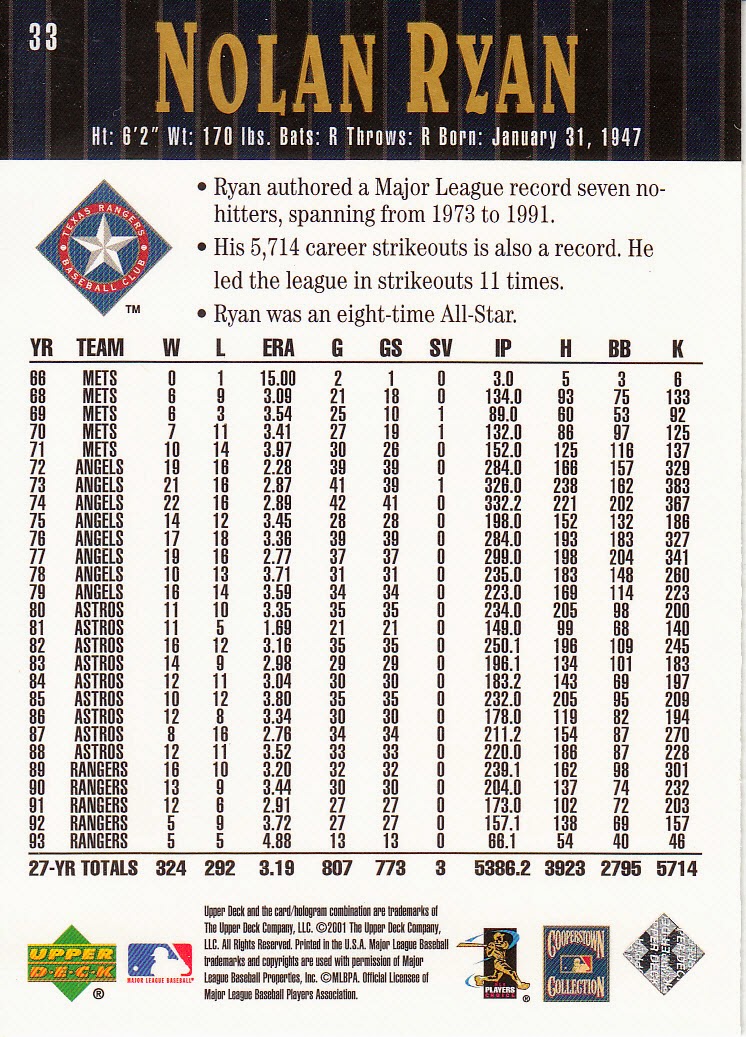 His longevity is a testament to his work ethic.  Seven no-hitters is just sick.  And just imagine, he also had 12 one-hitters and 18 two-hitters.  37 games of two hits or less! 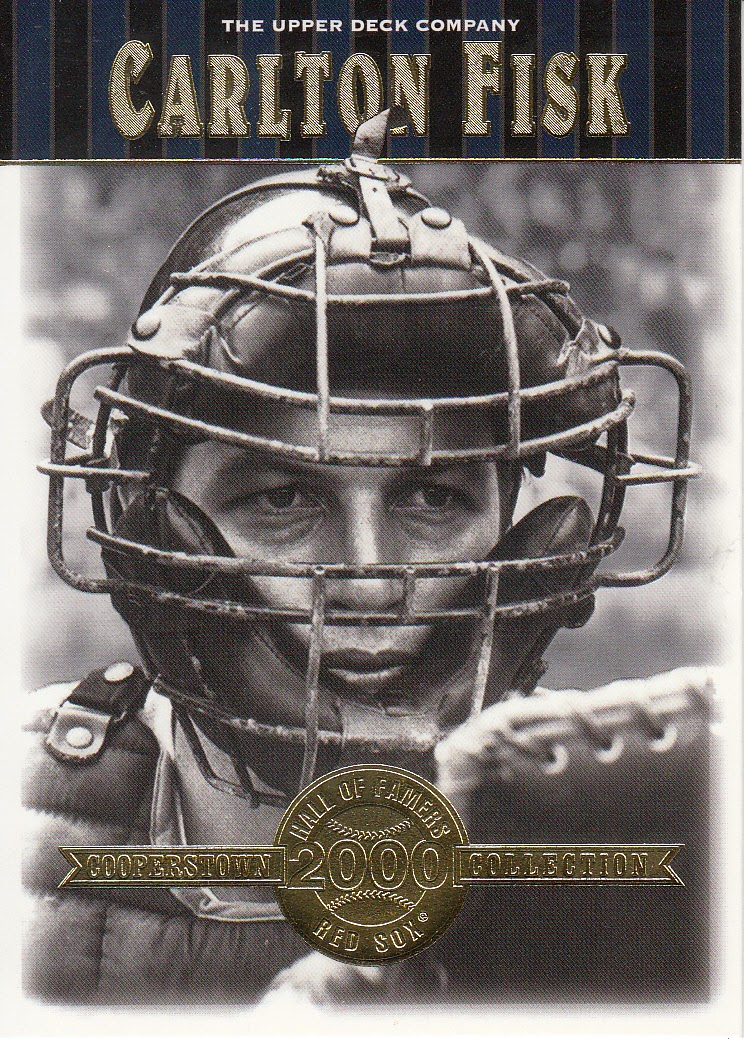 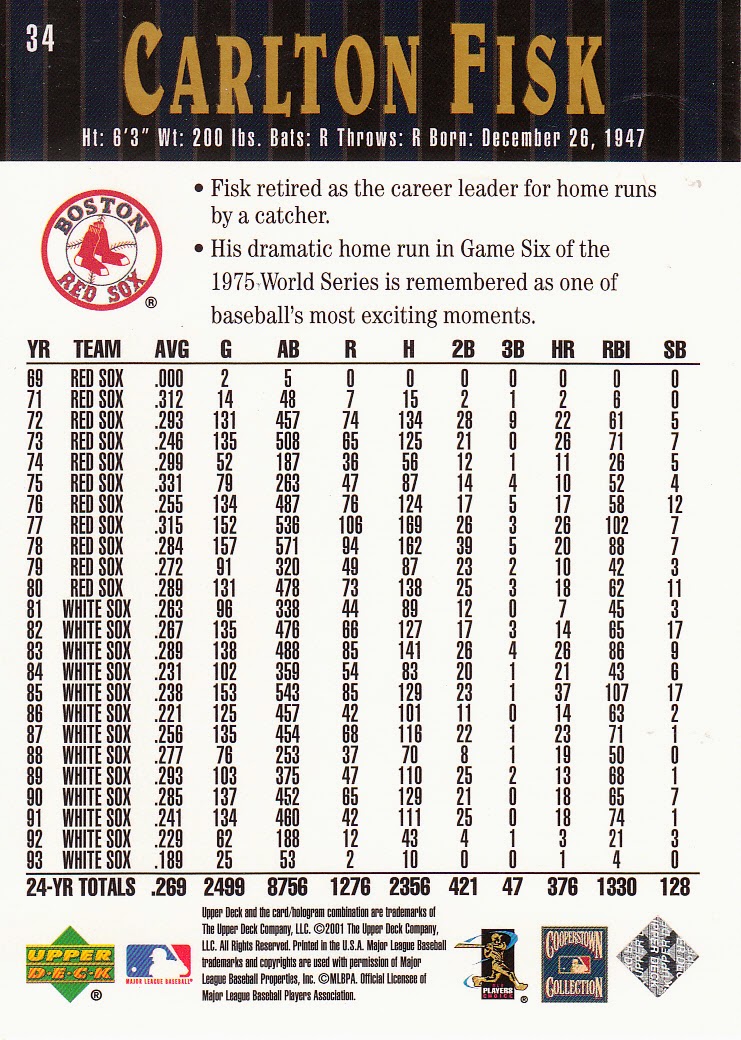 With apologies to my South Side friends it's a shame Carlton didn't spend his entire career in Boston.  He seems the epitome of the New Englander.

Is it just me or is this guy under appreciated? 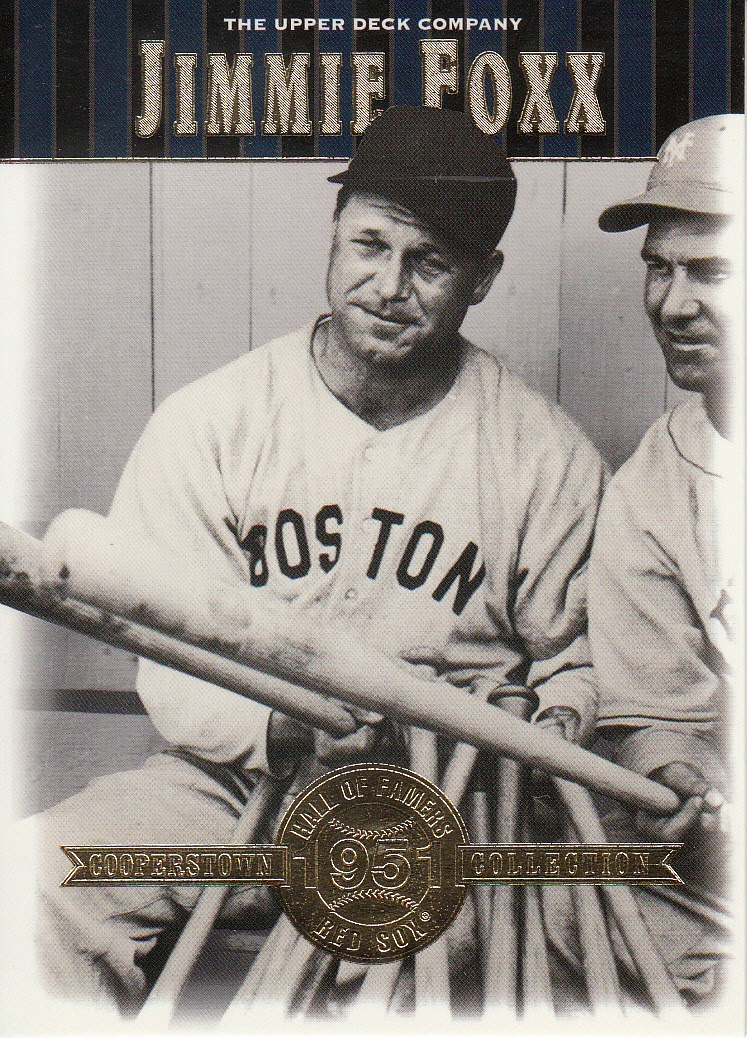 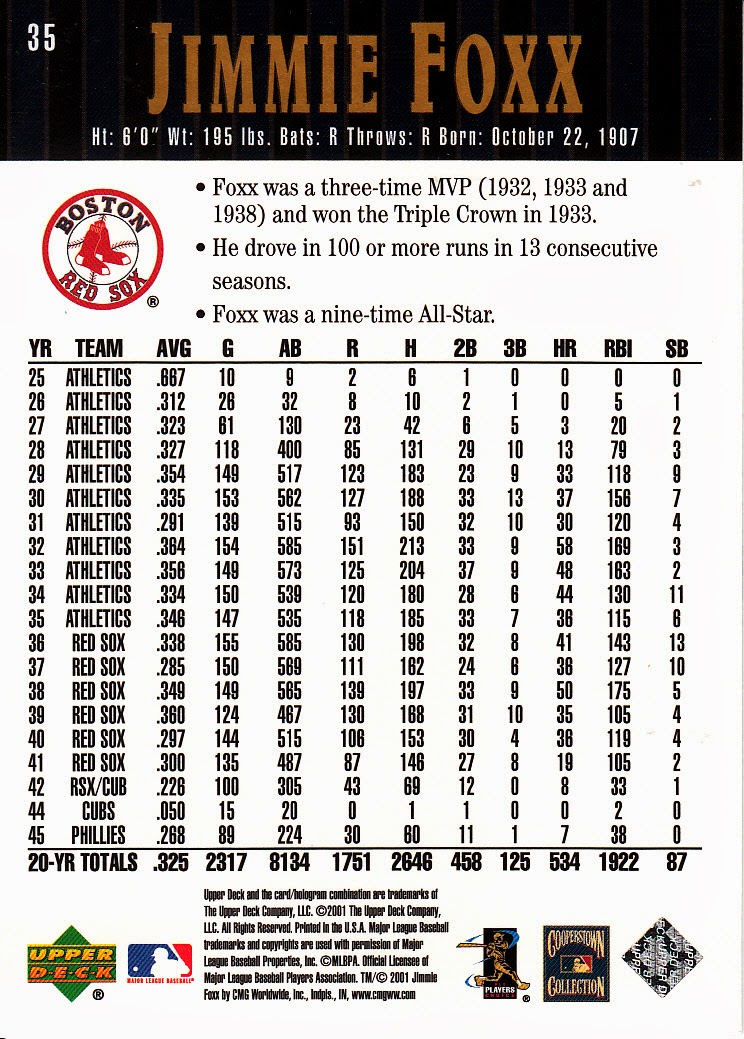 These next two photos are disappointing.

Bench and Fisk at catcher were to the 70's what Brooks Robinson and Ron Santo were at 3rd base during the 1960's.  That is, the best at their position in each league.  Bench was one of Ron Santo's biggest HOF boosters. 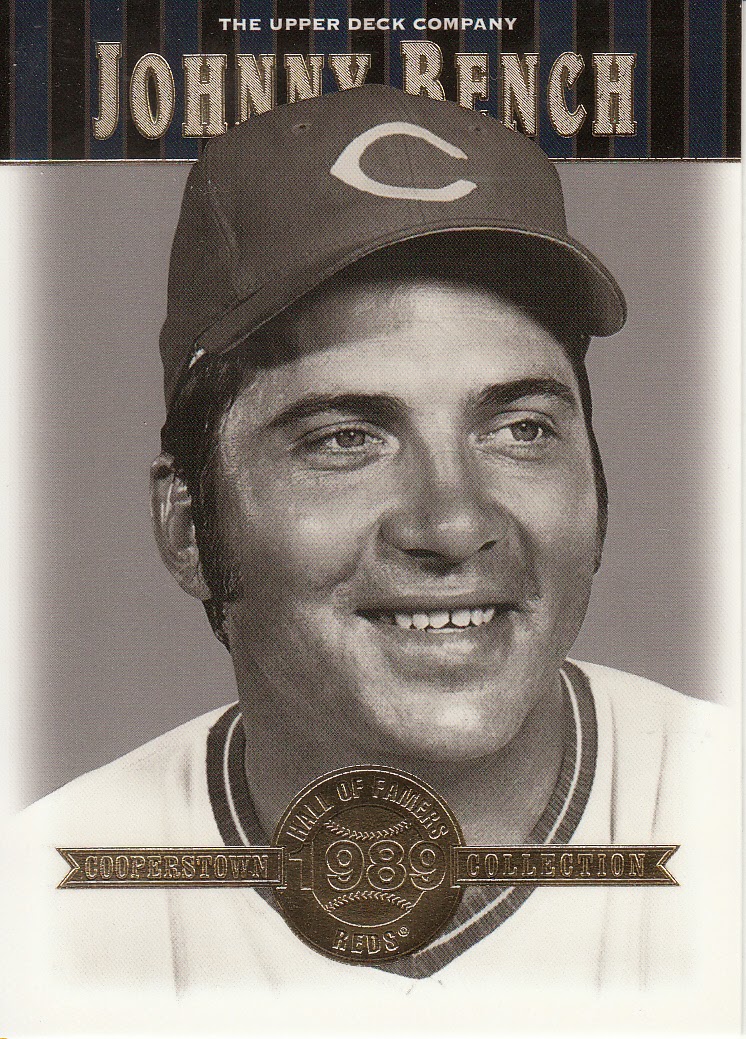 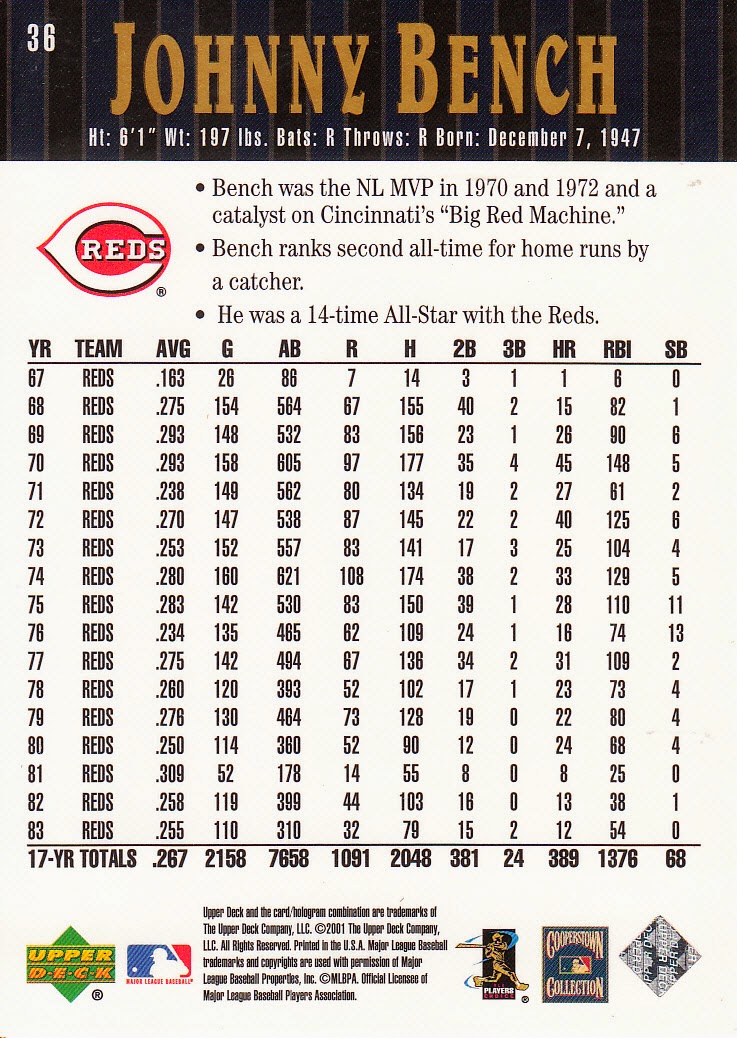 Maybe the heart of the Big Red Machine, Joe is certainly one of the All-Time greats at 2nd base. 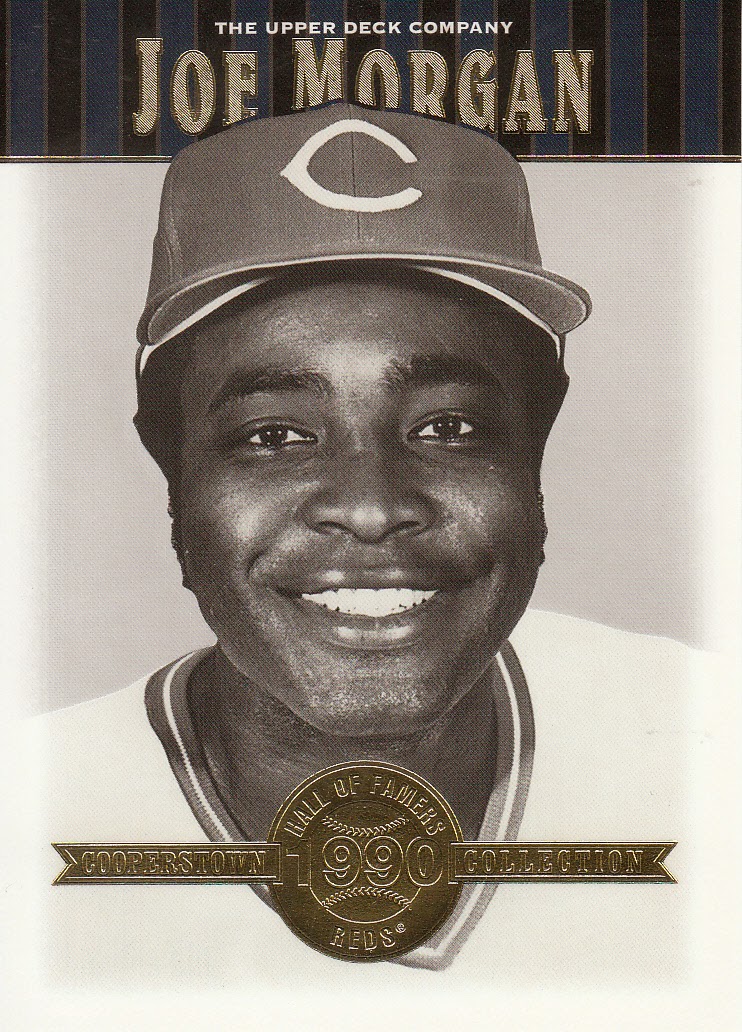 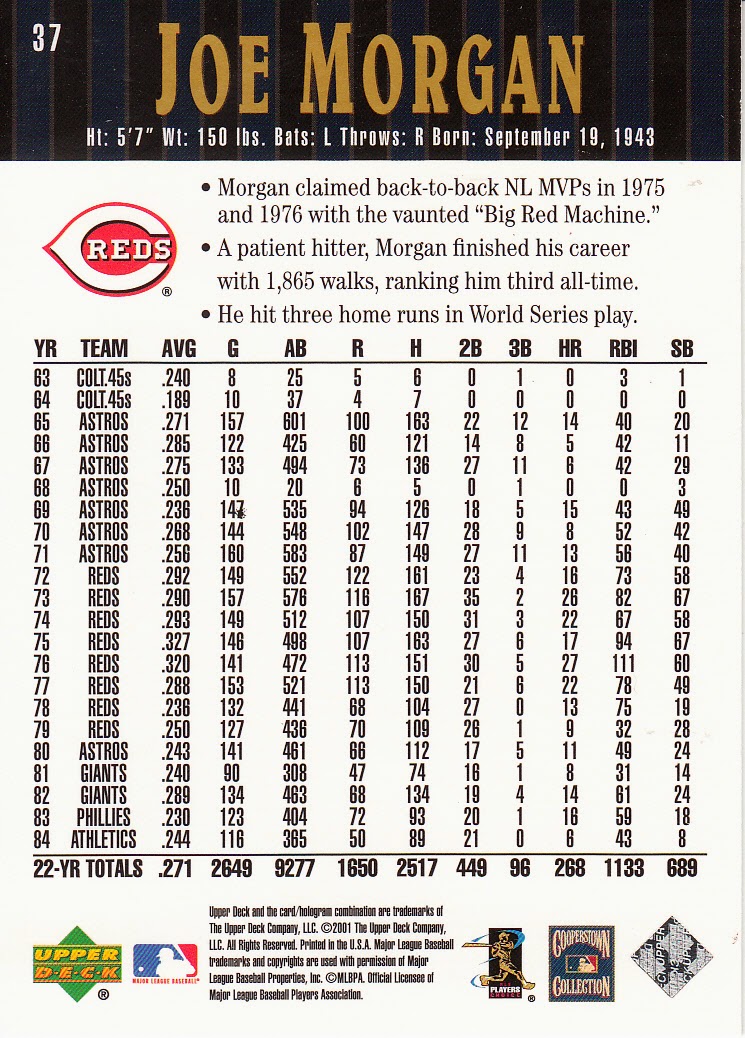 Just so consistent in all areas as a Red.  This card doesn't show his outstanding base on balls totals.  Joe is 5th all-time.