Blow Out the Candles April 27

Cardinals great Enos "Country" Slaughter was born in Roxboro, NC on this date in 1916. 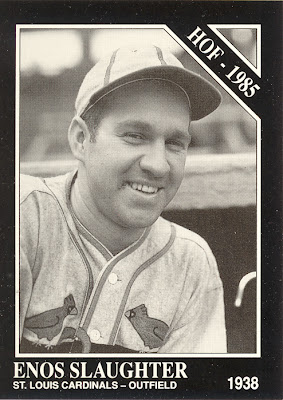 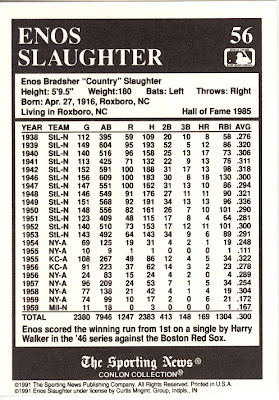 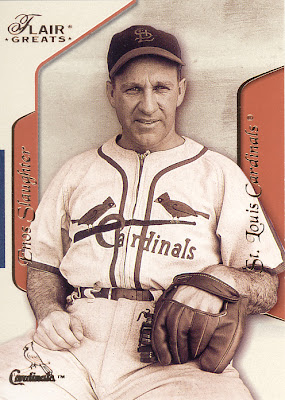 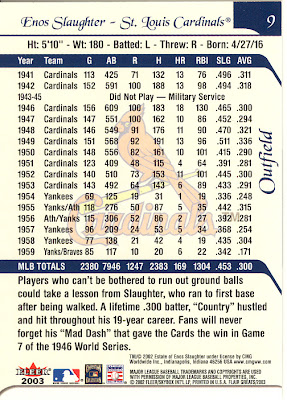 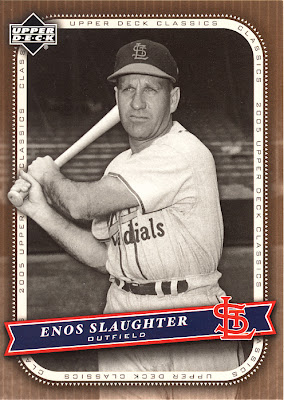 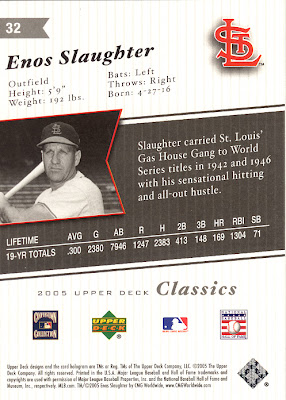 "I learned early on to never walk while I was on the ball field. I ran everywhere I went." 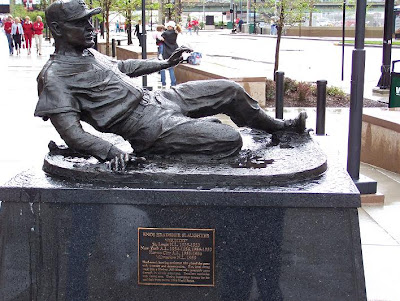 Statue outside Busch Stadium commemorating Slaughter's "Mad Dash" in the 1946 World Series.
From Time magazine:
In the bottom of the eighth of a 3-3 game, Cardinals outfielder Enos Slaughter took off from first with the pitch, which was shot into left-center by Harry Walker. Red Sox center fielder Leon Culberson bobbled the ball briefly, and there was no stopping Slaughter who recklessly ran through a stop sign at third and charged home. Second baseman Johnny Pesky's relay throw was late and one of baseball's most contended stories was born. Was it a double? Walker was credited with one, but he would surely have stopped at first if Slaughter hadn't drawn a throw home. Thus, we say, Slaughter scored the Series' game-winning run from first on a single (and fielder's choice). The ultimate moment of hustle. 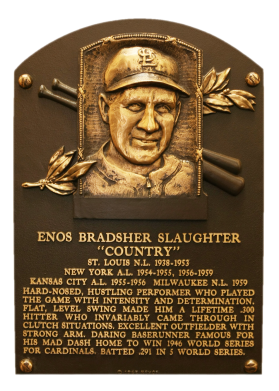 One of the greatest hitters in baseball history, Rogers Hornsby was born in Winters, TX on this date in 1896. 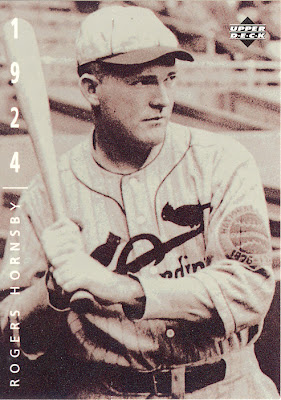 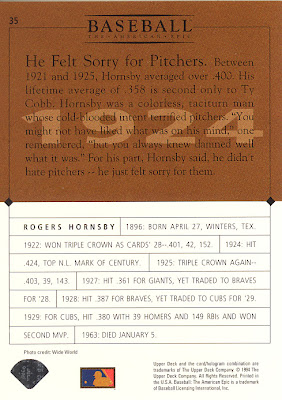 "I don't like to sound egotistical, but every time I stepped up to the plate with a bat in my hands, I couldn't help but feel sorry for the pitcher." 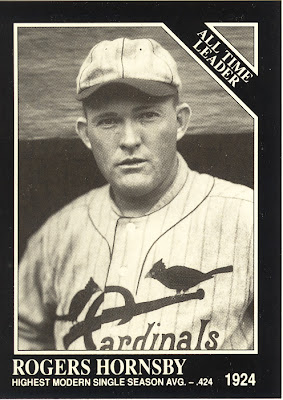 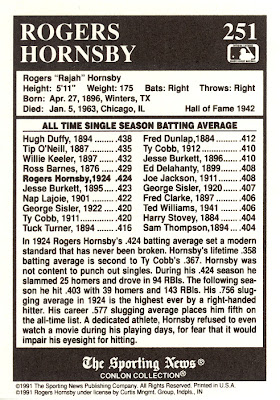 "People ask me what I do in winter when there's no baseball. I'll tell you what I do. I stare out the window and wait for spring." 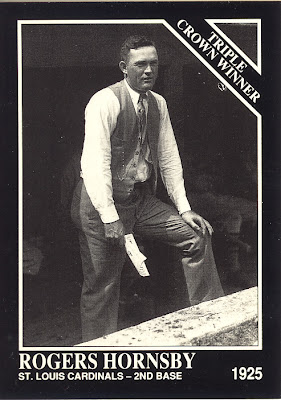 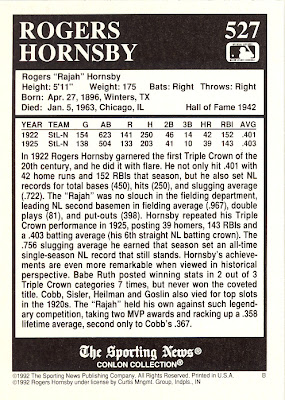 "Any ballplayer that don't sign autographs for little kids ain't an American. He's a communist." 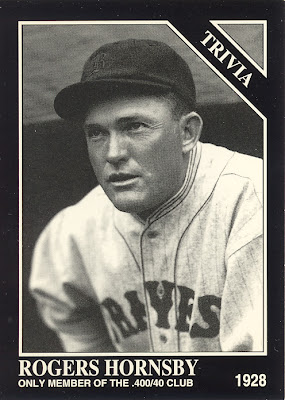 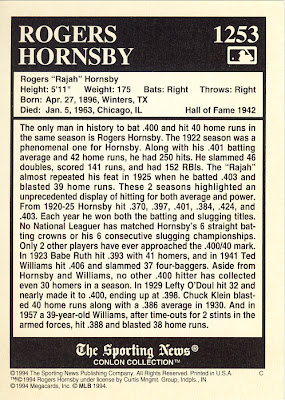 "I've always played hard. If that's rough and tough, I can't help it. I don't believe there's any such thing as a good loser. I wouldn't sit down and play a game of cards with you right now withing wanting to win. If I hadn't felt that way I wouldn't have got very far in baseball." 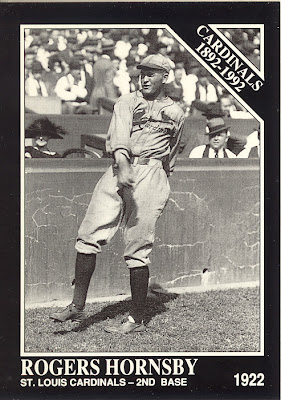 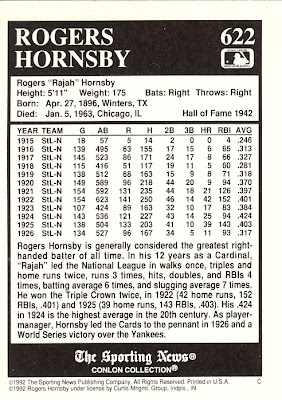 "The big trouble is not really who isn't in the Hall of Fame, but who is. It was established for a select few." 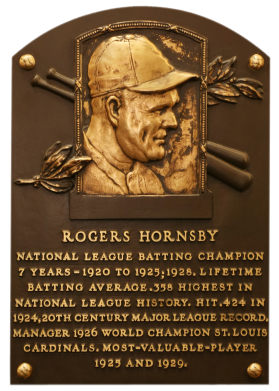 Hawks defenseman Keith Magnuson was born in Saskatoon, Saskatchewan on this date in 1947. 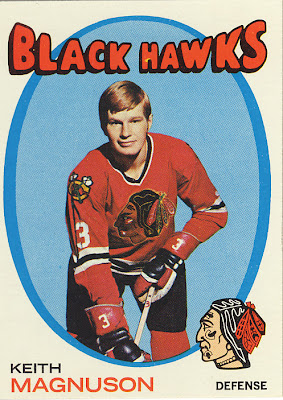 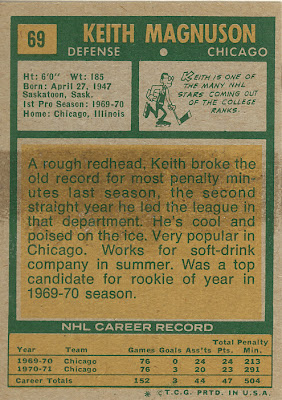 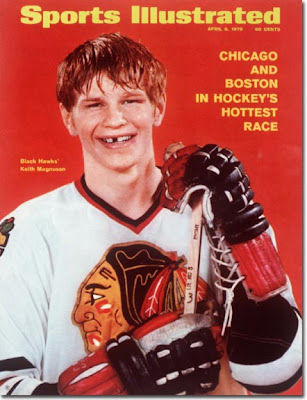 Keith, a fan favorite was the Blackhawks Captain from 1976-79. 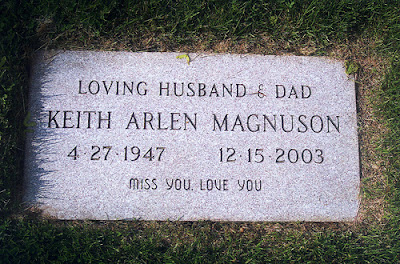 Keith died tragically at age 56 when coming back from an NHLPA alumni meeting the car driven by Rob Ramage swerved into oncoming traffic striking another vehicle.  Ramage was found guilty of driving while impaired and is now serving a four year sentence.
Versitile actor Jack Klugman is celebrating his 90th birthday today. 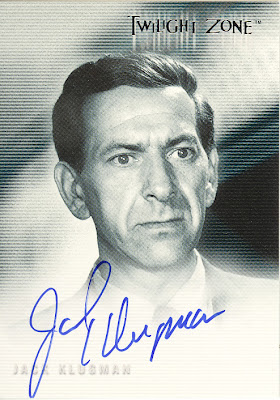 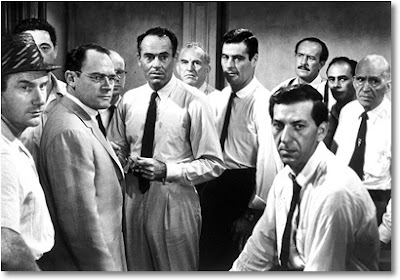 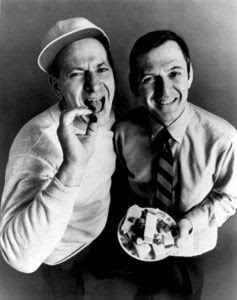 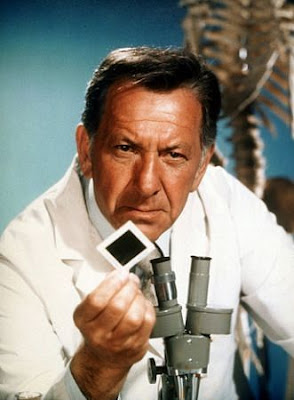 Jack went on to star on the TV drama Quincy M.E.
Animator Walter Lantz was born in New Rochelle, NY on this date in 1899. 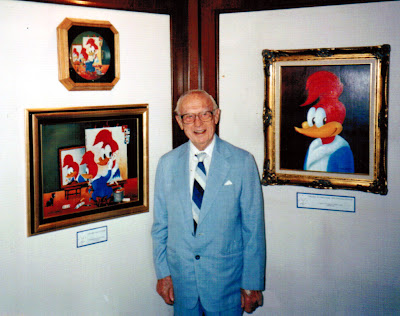 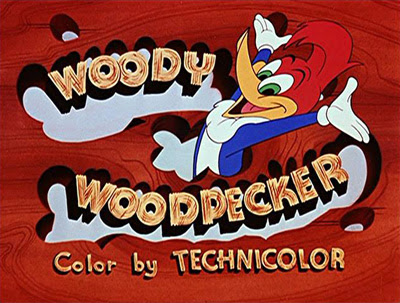