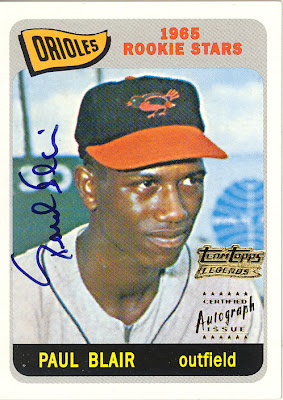 2002 Team Topps Legends #TT-PB
Paul was a must have for my 60's -70's era Orioles collection.
I bought the next two Yankee cards from the same Ebay seller one night in a bit of a bidding frenzy. 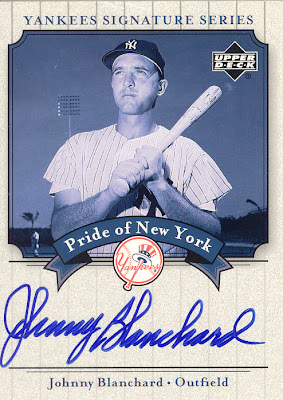 2003 #PN-BL
The late Johnny Blanchard appeared in 5 World Series.  He called the pitch that Mazeroski hit out of the park to end the 1960 tilt against the Pirates.  He hit .455 in that series and .400 in the following year's rout of the Reds including 2 home runs.  Great signature on this card. 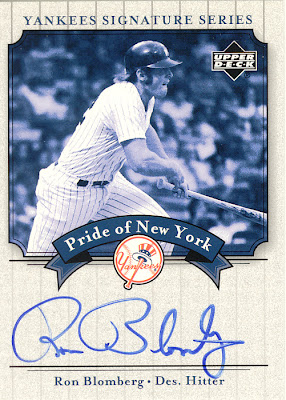 2003 #PN-RB
A member of the National Jewish Sports Hall of Fame, Ron became the first designated hitter in baseball when he stepped to the plate on April 6, 1973. 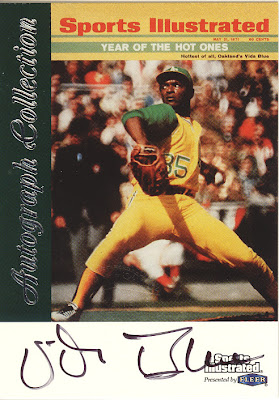 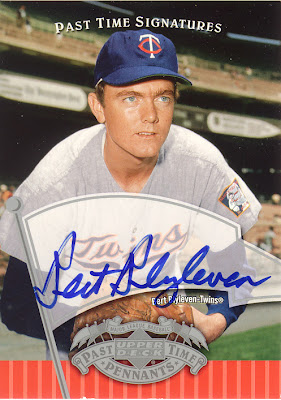 2005 UD Past Time Pennants #BB
Finally a  member of the Hall of Fame!
Posted by Hackenbush at 6:16 PM