Blow Out the Candles April 23 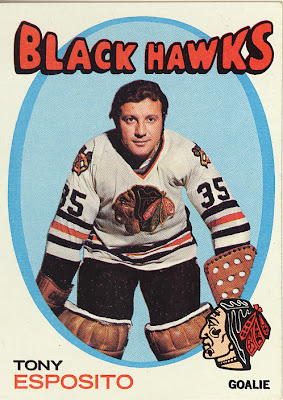 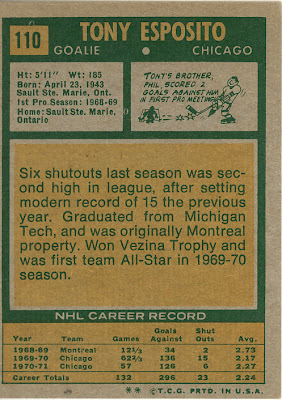 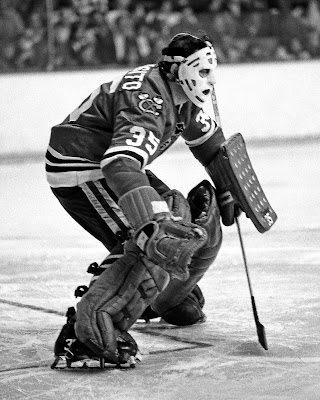 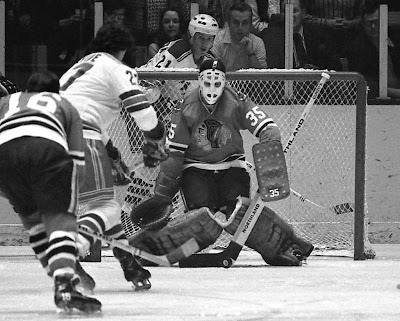 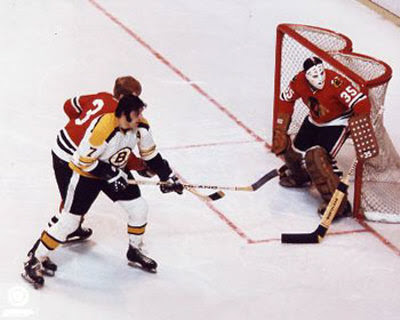 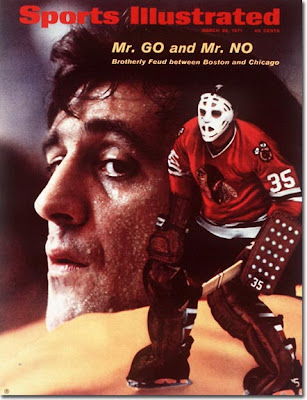 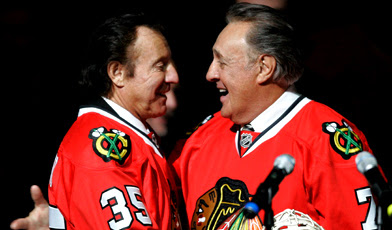 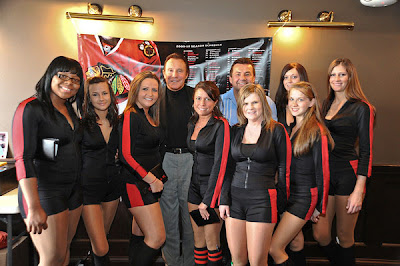 Tony with some "friends" at the Charleyhorse Restaurant in Indiana 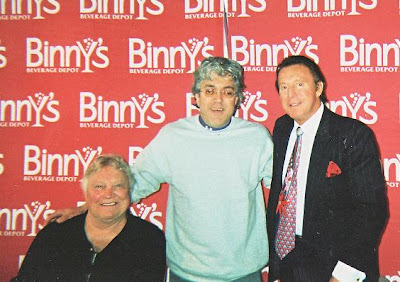 One of the All-time greats, Braves pitcher Warren Spahn was born in Buffalo, NY on this date in 1921. 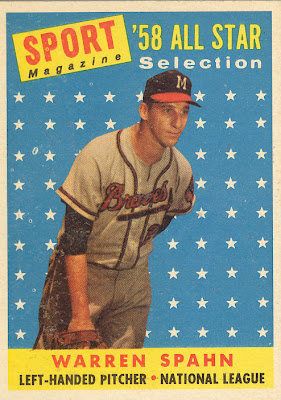 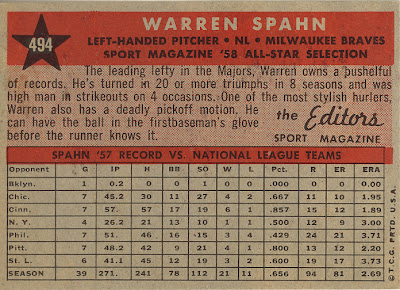 Spahn's 364 wins rank him 6th all-time but at the top for left-handers. 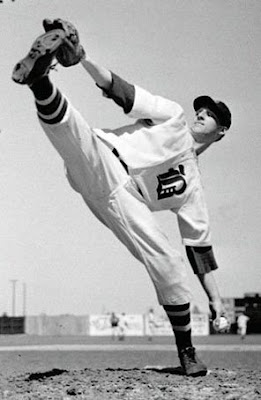 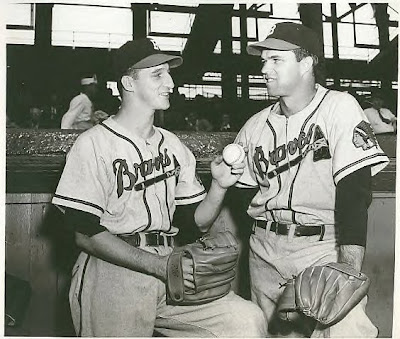 Spahn with teammate Johnny Sain
First we'll use Spahn
then we'll use Sain
Then an off day
followed by rain
Back will come Spahn
followed by Sain
And followed
we hope
by two days of rain. 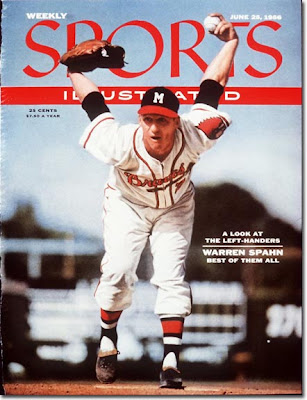 June 25, 1956
"He was something like zero for twenty-one the first time I saw him. His first major league hit was a home run off me and I'll never forgive myself. We might have gotten rid of Willie (Mays) forever if I'd only struck him out." 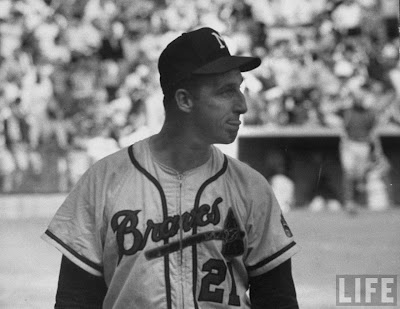 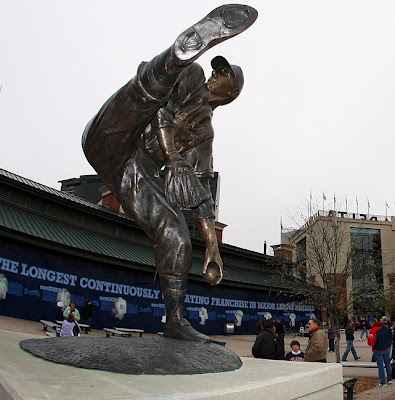 Statue of Spahn outside of Turner Field
"I don't think (Warren) Spahn will ever get into the Hall of Fame. He'll never stop pitching." - Stan Musial 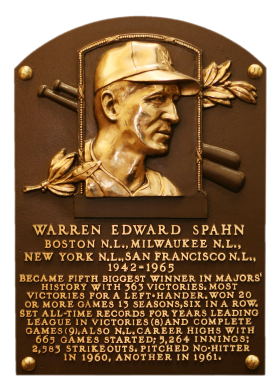