Blow Out the Candles April 10

New York Giants Hall of Famer Ross Youngs was born in Shiner, TX on this date in 1897. 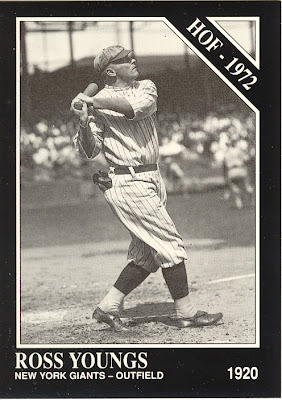 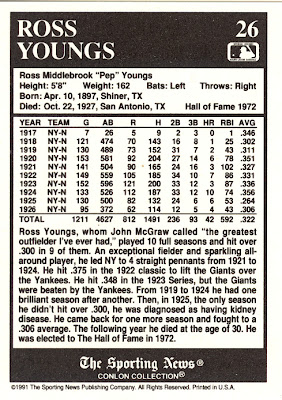 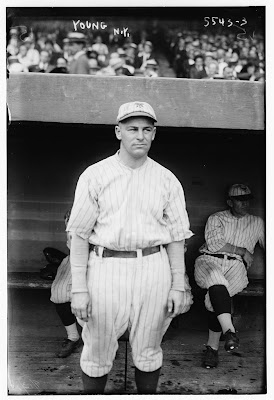 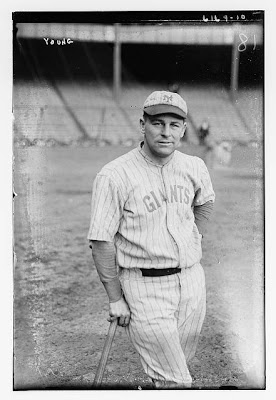 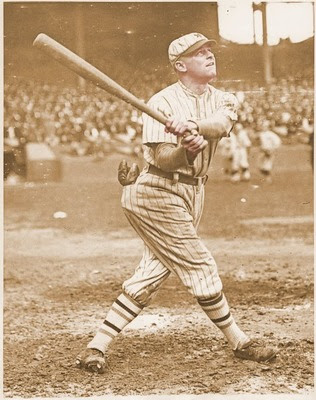 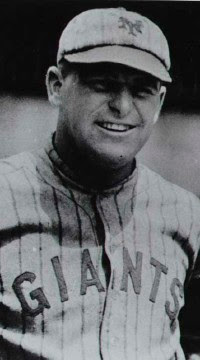 The following is from The Diamond Angle.Com.
Ross Youngs
by David King
COOPERSTOWN, N.Y. - The road to Ross Youngs winds through the hills and vales of east-central New York and eases into the picture-postcard village of Cooperstown.
There on a tree-lined Main Street, it ends at the doorstep of immortality: the Baseball Hall of Fame.
Compared to most, the Ross Youngs files at the Hall of Fame are scant. The librarian brings two inch-thick scrapbooks, bound in black leatherette. Their pages have turned a mocha-tinted yellow with age, their clippings brown and brittle like the thinnest leaves of autumn. One scrapbook bears no legend at all; the other, "Ross M. Youngs " in gold letters, three-eighths of an inch high.
Donated to the Hall when Youngs was inducted in 1972, the scrapbooks have been preserved by neglect. Few are curious about a man who died in 1927, barely 30 years old, or about a career that flashed past like a comet.
Opening what looks like the older of the two scrapbooks reveals an 8-by-10-inch head-and-shoulders photo of Youngs , a self-assured and slightly sly grin on his face. He appears to be in his mid- to late-20s, his face already lined around the eyes by years of playing in the summer sun. He wears an oddly checkerboard- stitched uniform of the New York Giants, a practice uniform from an earlier time.
A rumpled Giants cap sits on his head, looking as though it could fly off at the slightest burst of speed. But Ross Youngs never used just a slight burst of speed. His game - and his life - was played at full-tilt. He attacked the ball from his position in right field, fielding the odd bounces off the Polo Grounds' odd walls as though he had designed them.
He attacked second base with ferocious slides designed to break up double plays - and unnerve infielders.
He attacked every form of competition, from football to basketball to golf. But baseball was his love, and the one he attacked with the most ferocity.
And he played it for the most ferocious of managers, John McGraw - who took to him with the tenderness reserved for a son and guided him onto a journey toward greatness.

All-around athlete
The photo is out of sequence in the scrapbook. The first clipping, like all of them undated, details a grammar school track meet in San Antonio. "Young" - the constant misspelling of his name, which he apparently gave up trying to fight early in life - was credited with scoring 23 of the 54 points posted by Grammar School No. 2.
He won the 50-yard dash, the 100-yard dash, the 220-yard dash and the "running broad jump," and anchored the winning 440-yard relay. He was second in the pole vault.
The scrapbook then makes at least a half-dozen years' leap, into a football game Youngs played for the Mu Nu Sigma fraternity in San Antonio. The gap is puzzling, considering there were dozens of moments worth clipping out in between.
But Youngs ' mother, Henrie, who apparently was the master of the clips, had enough to do, raising three boys alone and operating a downtown boarding house to pay the bills. Arthur, three years older than Ross , had started throwing papers soon after Stonewall Jackson Youngs abandoned the family in 1907, and Ross later played minor-league baseball for $75 a month during the summers to help out.
Ross was the youngest member of Mu Nu Sigma, which also counted Arthur Youngs and a young politician-to-be named Maury Maverick among its members.
He was the youngest, but as he had been all through high school, Ross was the star. With 45 seconds left in the game, he ran 35 yards for the game's only touchdown.
The scrapbook then skips to 1917, when the New York Giants bought his contract for $2,000 from Sherman in the Western Association. McGraw knew Youngs wasn't ready, not even with his considerable skills, not after just a handful of seasons in the bush leagues.
So Youngs went to Rochester in the Triple-A International League, where the clips literally waxed poetic as he hit .356. One clipping, carefully trimmed and pasted on the corner of a page, was "An Ode to Pep Young ," a poem penned by a Rochester fan after a particularly noteworthy afternoon.
It marked the first time he was called by his nickname in print, a nickname an appreciative McGraw hung on him because of his hustle on the field during the spring.
And then came the big leagues. In a story datelined from training camp in Marlin a year later, he was called "the most promising of the Giants' rookies."
"... He is worthy of instruction, anxious for it and full of pepper from the top of his head to the tips of his toes," the story read. "He loves the game for itself, never slows up in his practice and, in fact, is a regular McGraw style of player."
He's called a "Base Ball Prodigy" in one story. "He will be one of the best drawing cards in the National League before the season is over," the National League president predicted in another.
In the Daily Express: "To his mother, Mrs. Young of 112 Armstead Street, he writes that he has great times in New York but longs to be with the fellows back home."


Special memories
At this point, the second scrapbook begins. It's filled with clippings from British and French newspapers about the Giants' exhibition tour of Europe with the Chicago White Sox in 1924, photos and stories filled with dry British wit about the odd game.
Also, there's a clipped-out photo of four players - including Youngs and teammate Casey Stengel - with their new wives, posing for the camera on the deck of their steamship. Each man stands behind his bride. All eight are decked in coats and hats. The women and three of the men smile. Youngs is looking away from the camera.
It is the only photo of Youngs ' wife, Dorothy, in either book.
The timeline picks up in the original scrapbook.
There are stories from New York. A photo of Youngs playing golf in the Texas Open. Another headline: "M'Graw Tells Young He'll Get Baseball's Biggest Salary," from a New York newspaper, reporting a three-year deal with the Giants.
McGraw promises Youngs that "on the expiration of his contract he would be given another calling for a salary equal to or larger than that of any player in the game."
He didn't finish three years.
On the next page, a column by Harold Scherwitz in the Light: "Giants Boss Fears Loss of Star." Ross Youngs , stricken with an unspecified kidney ailment, came home to San Antonio after the 1926 season, never to play again.
There are small clippings after that, overly optimistic with hope for an athlete who never knew how to slow down. Blood transfusions. Bouts with the flu. Trips to the Physicians and Surgeons Hospital.
And then on the next page, a photo. An engraved tablet, placed on the right-center field wall at the Polo Grounds. "In Memory of Ross Youngs : Born in Shiner, Texas, April 10, 1897. Died in San Antonio, Texas, October 22, 1927:
"A brave, untrammeled spirit of the diamond, who brought glory to himself and his team by his strong, aggressive, courageous play. He won the admiration of the nation's fans, the love and esteem of his friends and team-mates and the respect of his opponents.
"He played the game."
The rest of the scrapbook is filled with photos, undated by hand but identifiable by era. Teen-aged Ross , Arthur and Jack Jr., in front of the house, in their Sunday suits. Ross clowning on a boat with a long-ago girlfriend. Ross in a three-piece suit, snap-brim fedora on his head, going out to conquer the world.
Stray clips from another era are loose between the pages. Tributes from near and far. A note from the Depression about a reunion of the 1913 San Antonio High School baseball team, the state's champions. Youngs was the only player not there.
And in the back, one more photo, jagged and yellowed around the edges.
It's a posed shot, the kind that filled newspapers and popular magazines of the time. It was snapped on an outfield covered more with Johnson grass and chickweed, clods and rocks than any kind of soil or sod.
Youngs is wearing a baggy Giants uniform, socks pulled high, cap pulled low. He squints into the sun, hands poised for a fly ball that'll never come down.
On the back, written in a woman's hand with a pencil: "Ross ."
It's the photo most connected with Ross Youngs , one that has appeared dozens of times in newspapers from New York to San Antonio. And it's the one most associated with him at the Hall of Fame, in the little there is of him there.
The road ends here.
Hall of Fame coach and broadcaster John Madden is 75 today. 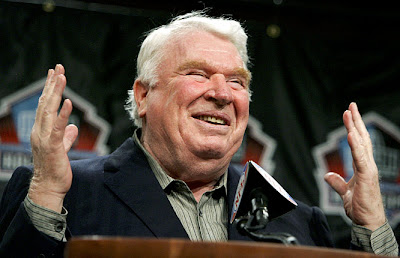 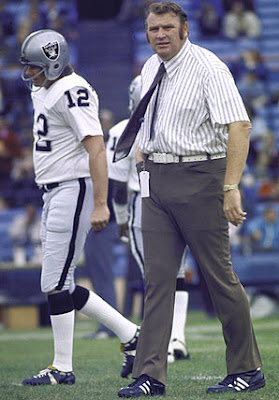 Madden coached the Oakland Raiders to a 103-32-7 regular season record and one Super Bowl Championship. 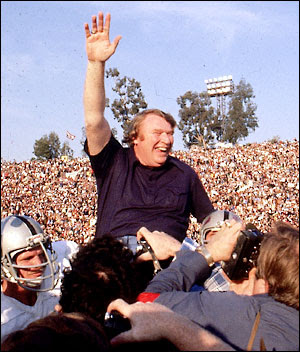 Madden is probably more well known for the video game that bears his name. 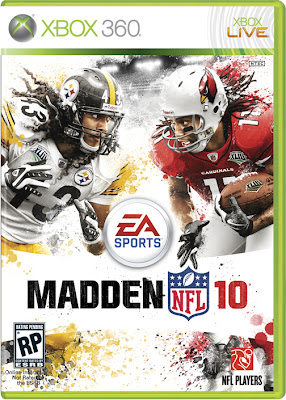 The other thing John is known for is his long  broadcasting career.
French Pianist and composer Claude Bolling celebrates his 81st birthday today. 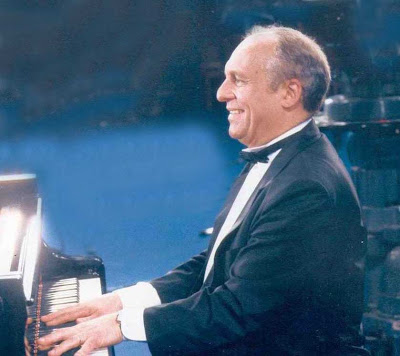 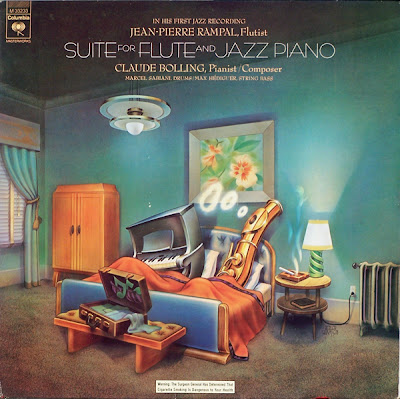