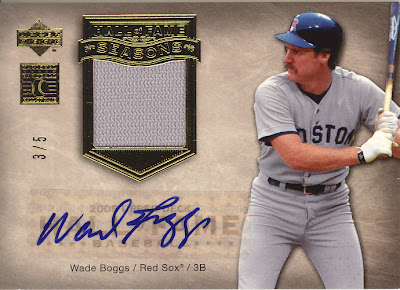 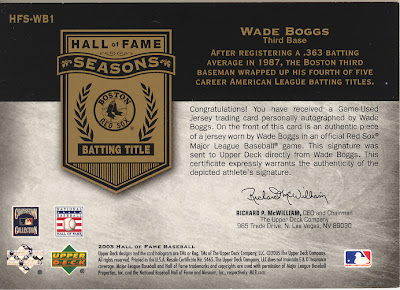 At 3/5 this may be my lowest numbered card.  I don't like sticker autos but this one doesn't look bad. The swatch is grey but at least it matches the picture on the card. 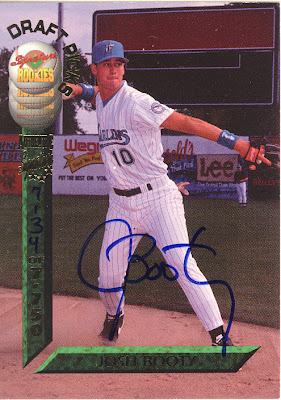 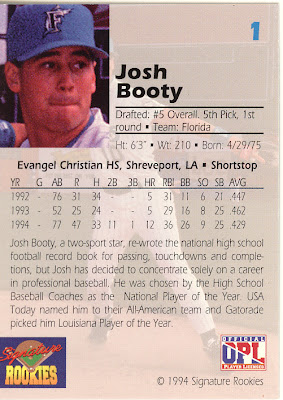 If you're going to buy a card for the player's name you might as well get one that's signed.  I'm sure I didn't pay much for this one.  Booty has a ring as part of the 1997 Marlins World's Championship team. 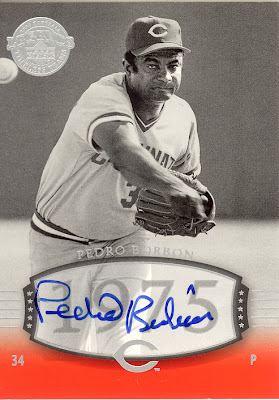 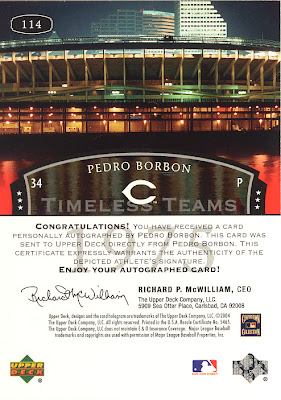 Pedro is part of my 1970's Big Red Machine collection. 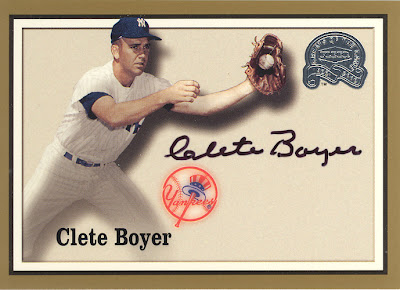 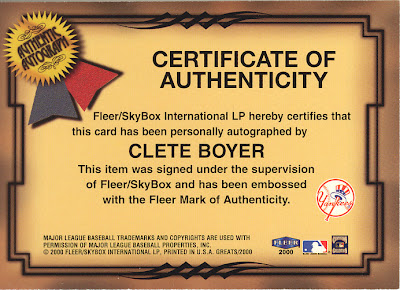 An admission-- Clete was a good fielder and hit .318 in the 1962 World Series but I think I bought this card confusing him with his brother Ken, the 1964 NL MVP from the Cardinals.  It is a nice card anyway.
Posted by Hackenbush at 5:20 PM