OK, I'm only at "Ba-" and I've already gotten out of order.  Oh well, I've never claimed to be more than semi-organized. 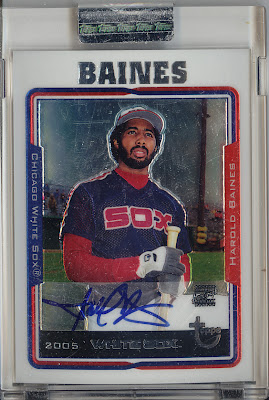 2005 Topps Retired #TA-HB
Harold, a 6 time All-Star, finished his long career just 134 hits shy of 3,000.  Should he have gotten more consideration for the Hall of Fame? 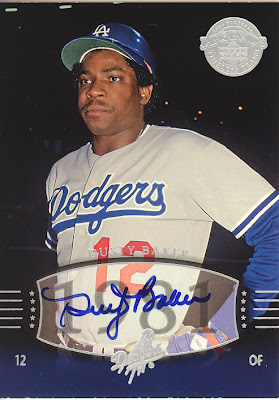 2004 UD Timeless Teams Legends #200
I got this card as a redemption.  It's nice but Dusty left a bad taste in my mouth (wait, that sounds really bad) from his time as the Cubs manager including the NLCS debacle in 2003.  And I wish he'd take that damn toothpick out of his mouth! 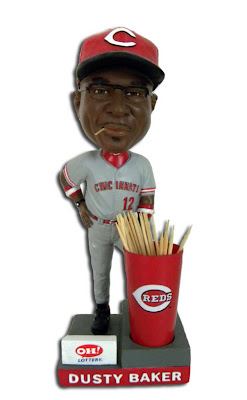 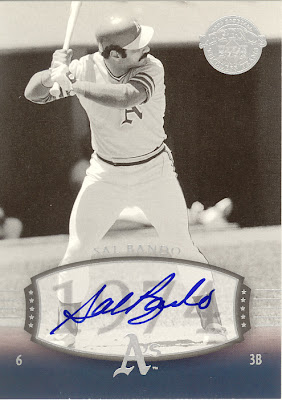 2004 UD Timeless Teams Legends #103
This is my second Bando auto.  It makes a good companion to the one below from the last A-Z post.  "Can't have too many Swingin' A's autos." 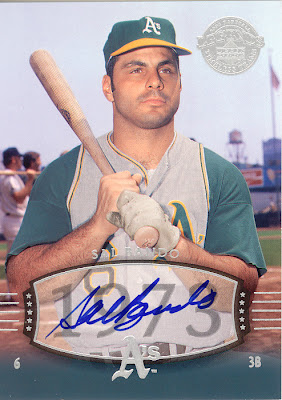 Posted by Hackenbush at 7:00 PM