What Did Topps Have Against Jim Britton?

What did Topps have against poor Jim Britton? 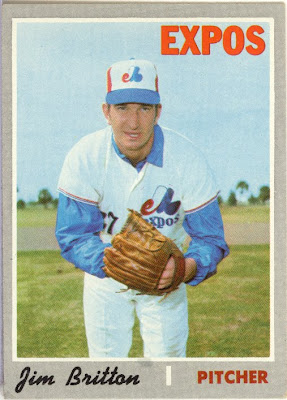 OK, he's not a Hall of Fame candidate. He had a short career due to arm trouble, appearing in just 76 games over 4 seasons. He won 13 games and lost 16 with an overall ERA of 4.02. I guess his biggest claim to fame would be that he gave up Johnny Bench's first home run. On the other hand he struck out Wes Parker of the Dodgers 6 times in just 10 At Bats. 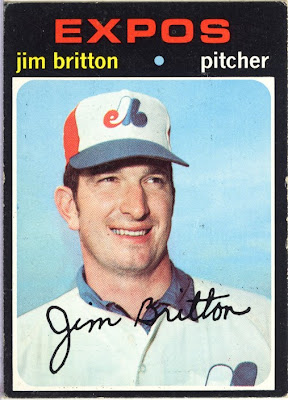 But back to my question. Why do I ask it? Jim Britton (and his many fans?) had the misfortune of his card appearing in Topps series that came out late in the season in back to back years. His 1970 card is #646 and his 1971 card is #699. How did Topps choose the seeding of the cards? Anyone know?
Posted by Hackenbush at 3:51 PM