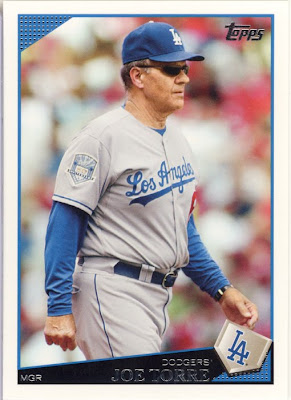 In 1971 Joe Torre, the current Dodgers manager, led the National League in RBI's with 137, 12 more than Pops and 19 more than Hammerin'Hank. But While Stargell and Aaron were atop the Home Run leader board, Joe was nowhere to be found. 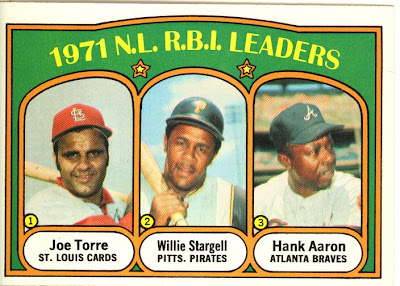 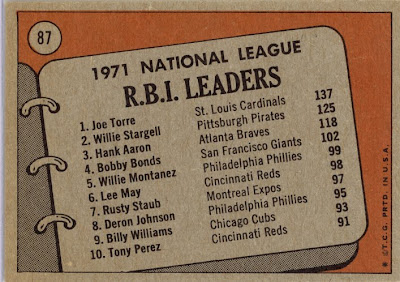 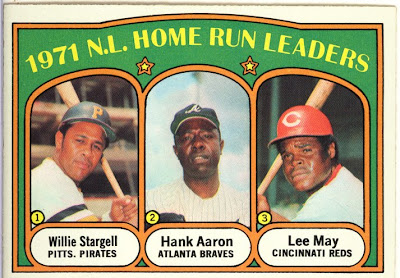 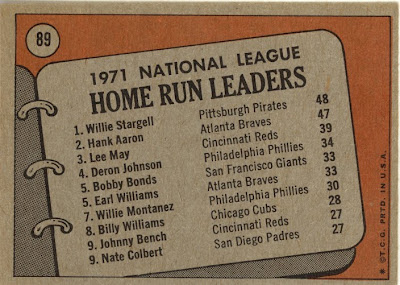 In fact, he was 13th in the league with just 24 round trippers, half the number of the two sluggers. How did he do this? He led the league in hitting -- 230 knocks for a blistering .363 average. 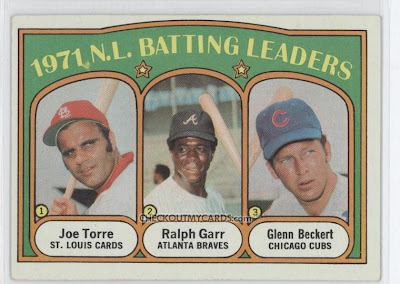 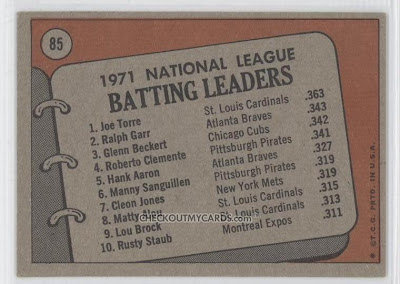 But that's not the whole story. The Cardinals as a team led the league with a .275 average and the two batters ahead of him, Lou Brock and Matty Alou, hit .313 and .315 respectively. On top of that Brock led the league with 64 stolen bases while Alou's 19 was good for 12th. Despite the Cards finishing 7 games back of the eventual World Series champion Pirates, Torre ran away with the NL MVP, garnering 21 of 24 first place votes. Joe was truly a Superstar in 1971.