Card of the Day -- Fine Wine

Yesterday's Olympics featured a couple of great hockey games, Russia beating the Czechs and the US over Canada. I know at one point in the first game the name, Gordie Howe was mentioned. 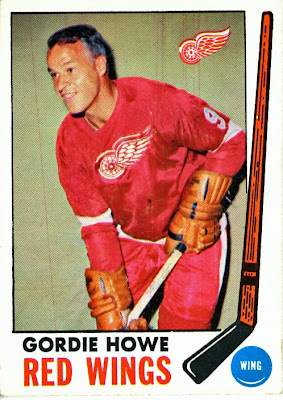 The back of the card reads, "Like fine wine, Gordie Howe is getting better with age. He the greatest of the great and hold more NHL records than any two players combined. Five scoring championships, nine first All-Star berths, three MVP awards." At the time he had accumulated 732 goals and 954 assists.