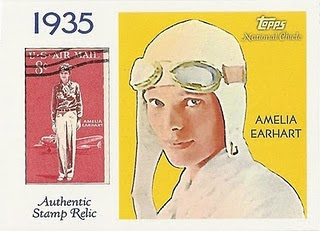 First Day Issue posted this Amelia Earhart relic card last week. No doubt it is a cool looking card but is it really worth the $30.00 it's been selling for? To me this is an instance where "the whole is greater than the sum of it's parts" just doesn't add up. Firstly, you can pick up a copy of Era Icons #1 with the same image, for about $3.00 shipped. Secondly there seems to be some confusion about the stamp. It's an issue from 1963 and a block of six, in mint condition, sold a couple of weeks ago an Ebay for 61 cents with free shipping. The stamp on the card being canceled would presumably have little value on it's own. So is this card worth what people are paying? To each his own. I collect pieces of cardboard with pictures of ballplayers on them that a lot of people wouldn't give a penny for so who am I to say.
UPDATE: The last three of these to sell on Ebay went for $17.50, $9.01, and $8.27 so people seem to be coming to their senses. 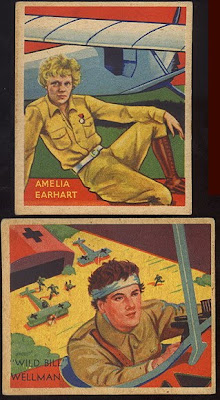 On top is Amelia Earhart in the 1934 National Chicle SkyBirds set, #48. 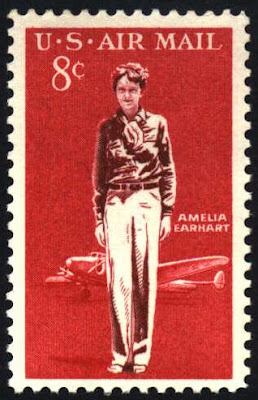 Some pictures of Miss Earhart: 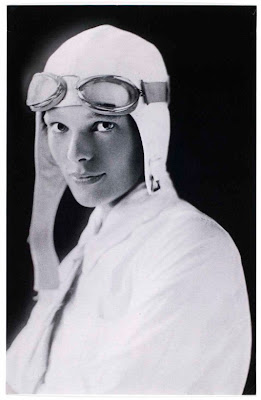 This is the image used on the current card 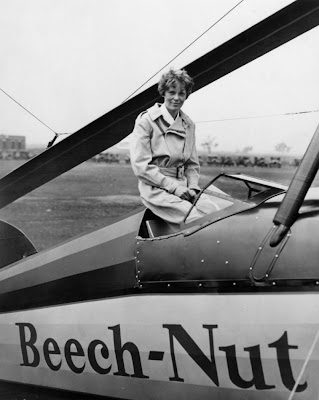 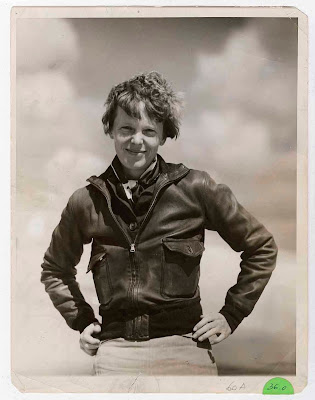 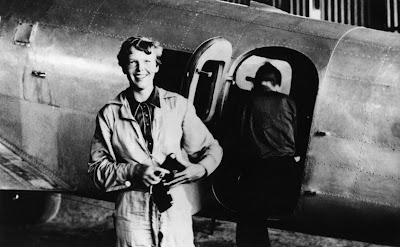 Posted by Hackenbush at 7:37 AM