After seeing a few of the 1993 Leaf Studio cards on various blogs I decided to check Ebay for a complete set. I found one with a starting bid of .99 with 6.50 shipping. Lo and behold I was the only bidder so I now have a complete 220 card set for just $7.49. What attracted me to this Studio set in particular was the bold design of the players against their team's logo. Very graphic! There's really nothing I don't like about these cards. Player facsimile signatures appear on the front in a cool color changing foil. The Studio logo in the upper right or left corner is also foil but is nicely inconspicuous. The backs feature close-ups with faces to a greater or lesser degree cut off vertically giving an arty look while allowing space for some fun player info.

Here are the first of four groups of my favorites: 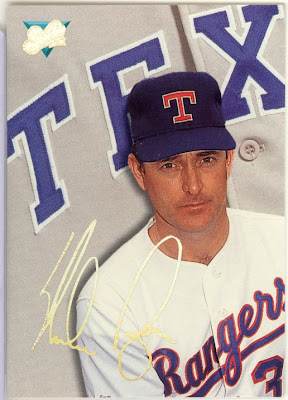 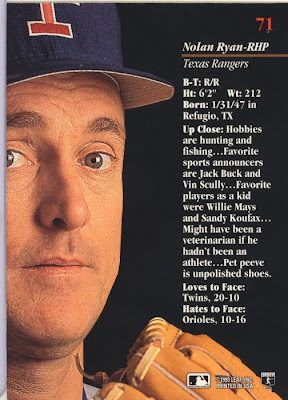 Everyone loves Nolan, right? Great wide-eyed look on the back. Favorite players as a kid were Willie and Sandy. Can't argue with that. Great pet peeve -- unpolished shoes. 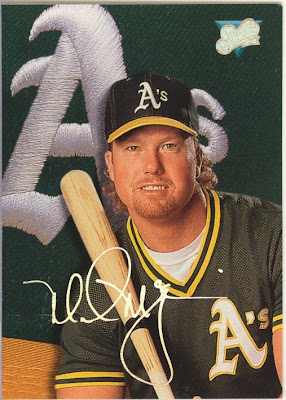 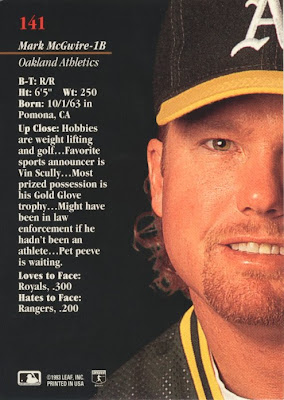 Mark might have been in law enforcement if he hadn't been an athlete -- Hmmm DEA? His pet peeve is waiting -- Hmmm waiting years to tell the truth? -- waiting forever to get into the Hall of Fame? Poor Mark, so much waiting. 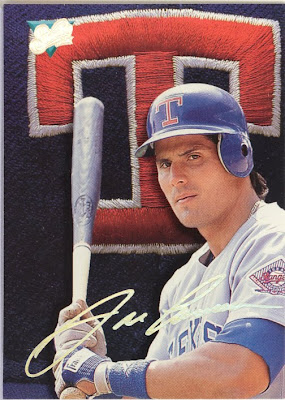 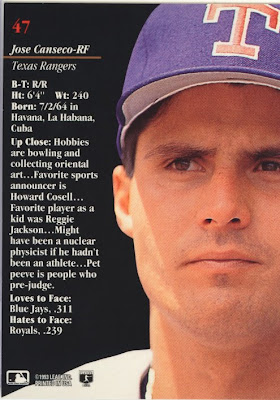 Watch out Mark, you're being followed by Canseco again. Don't bend over! If Jose hadn't been an athlete he might have been a NUCLEAR PHYSICIST! Really?!! 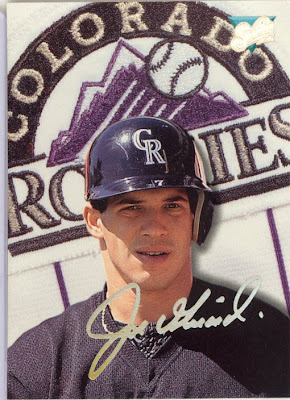 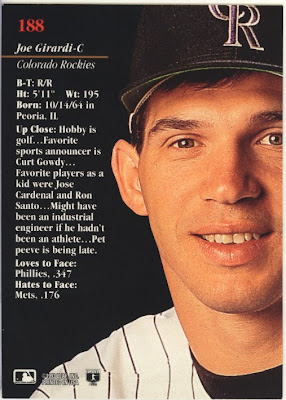 Yankees manager Joe Girardi. Gotta give him props for his boyhood heroes, Jose Cardenal an especially my favorite, Ron Santo. 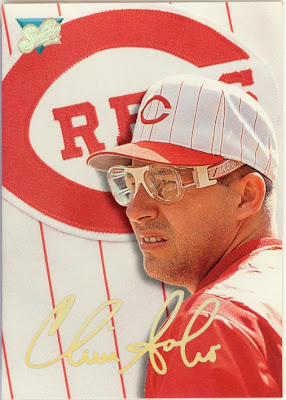 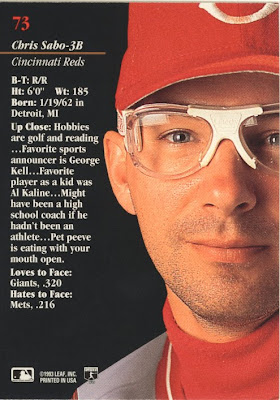 Here's Red's third baseman Chris Sabo wearing his iconic glasses. Obviously grew up a Tiger's fan with George Kell and Al Kaline as boyhood favorites. Mind your manners at the table with Chris. Chew with your mouth closed.
Posted by Hackenbush at 8:00 AM