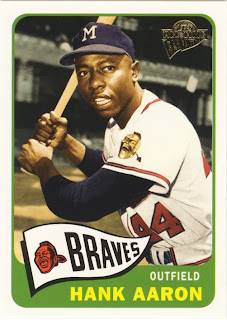 2004 #50
Nice Hank Aaron in a classic Milwaukee Braves uniform. This looks like it may be a "colorized" black & white shot. The cap, instead of being blue with a red brim, is all blue. Correct me if I'm wrong. 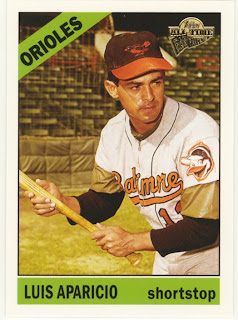 2004 #21
An intense Luis Aparicio. I'm partial to the later cartoon Oriole but I like this earlier one that's on the right sleeve too. 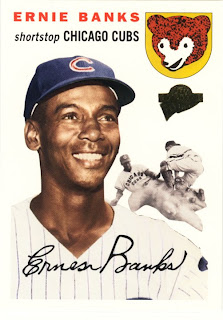 This card rivals the original 1954 Banks. How about the inset picture of Ernie sliding into home! 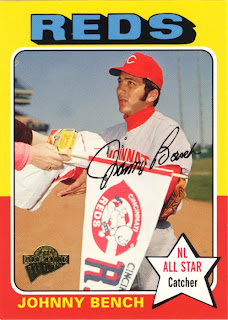 Not sure what's going on here. Are these fans asking Johnny to sign all that stuff? What's the little yellow box? Still, I like the '75 design. The yellow and red border seems to work well with all the red in the picture. 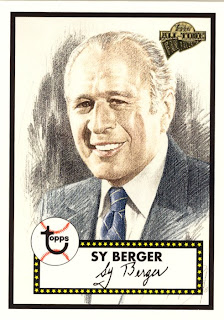 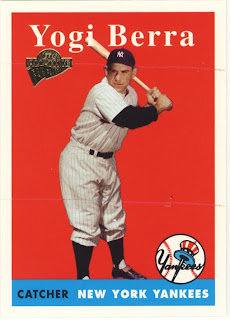 Who doesn't like Yogi? He sponsored Yoo-hoo! "It's a fine product." 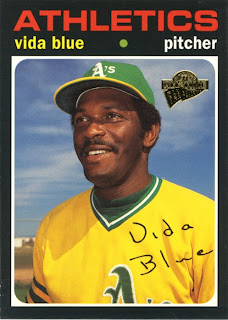 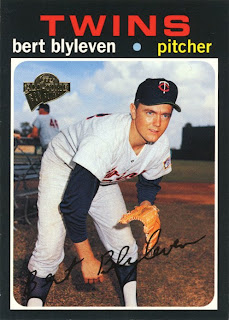 An early shot of the outspoken Dutchman. He should be in the Hall of Fame. 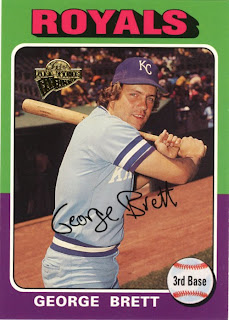 2003 #20
This is an alternate version of Brett's rookie card. I think I like this one better. The background is livelier and George is sort of smiling. 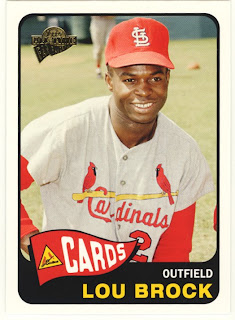 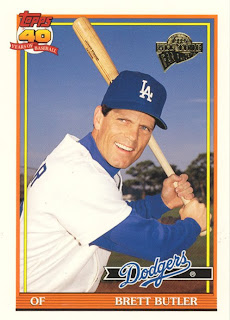 Brett Butler flashing his Hollywood smile. Dodgers often look like this.
Posted by Hackenbush at 7:00 AM