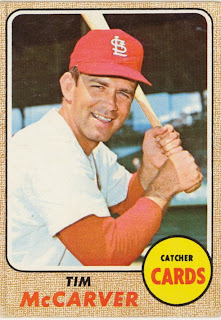 Today is former Cardinal and Phillie catcher, Tim McCarver's 68th birthday. Tim inspires a lot of hate as an announcer: 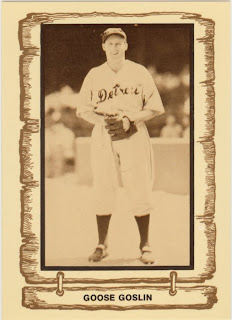 On this date in 1900 HOF left fielder Goose Goslin was born. Goose was a teammate of the great Walter Johnson on the 1924 World Series champion Washington Senators. It was their only championship. He also won a WS with the 1935 Tigers. From thebaseballpage.com:

"During the 1935 World Series against the Cubs, Goslin kept an entire rabbit in the clubhouse, figuring if a rabbit's foot was good luck, then an entire rabbit must be even better. Goslin delivered the Series-winning hit in Game Six." 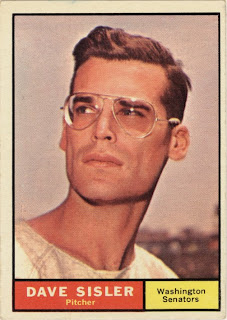 These days it seems like you see more athlete's sons having better careers than they did. Not so with Dave Sisler who celebrates his 78th birthday today. Son of HOF'er George Sisler, Dave pitched for 7 seasons with 4 teams compiling a 38-44 record with 29 saves and a 4.33 ERA. Dave did graduate from Princeton University with a degree in engineering.

The story of Babar the Elephant was inspired by Cecile de Brunhoff who was born on this date in 1903. Cecile made up the stories for her children. They told their father about them and it was he who turned them into a series of books. Cecile downplayed her role and refused to have her name on the books.


Here are Cecile, Jean, and the children.
Posted by Hackenbush at 8:37 AM