Battle of the Sexes

I was a teen in 1973 and a tennis fan.  I learned to play on these cement courts in Chicago.  The only change to the courts is that they weren't colored back then.  I'm pretty sure the fencing and gates are unchanged.  Many years later I played here with my wife.  In fact my parents took me to this park when I was a baby and we used to feed bread to the ducks here when I was a child.    But I digress. 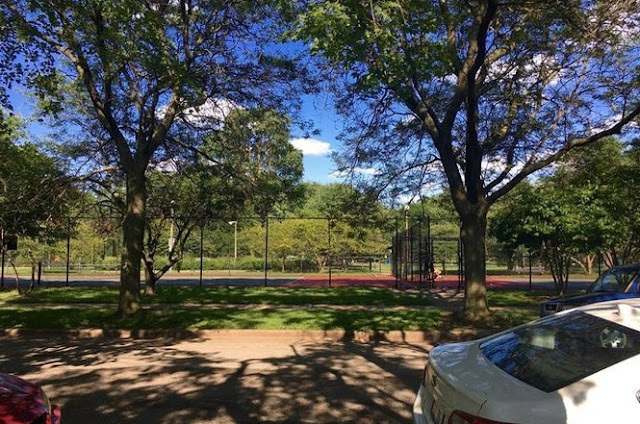 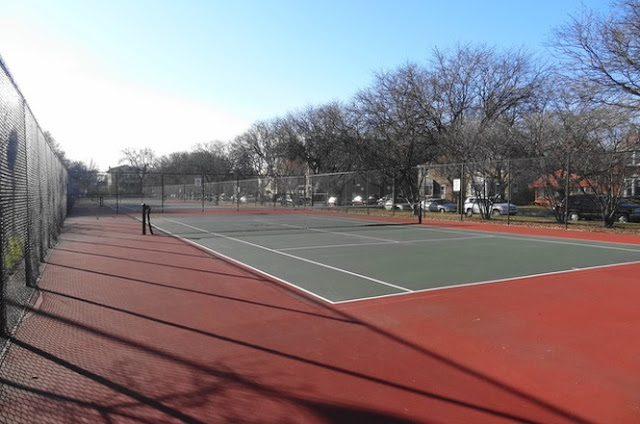 I can't say exactly when I bought this book but it was probably around the time of the match.  It was released after Riggs beat Margaret Court but before the Billie Jean King match. 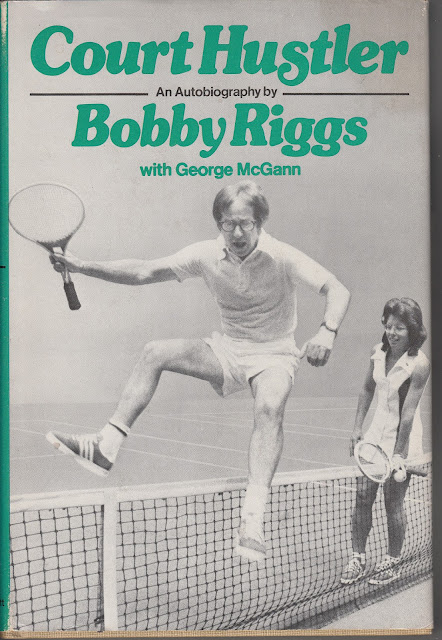 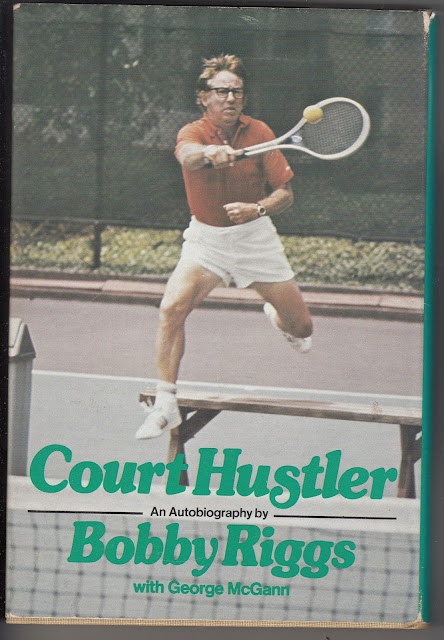 I suppose I watched the Riggs-Court match but I definitely remember watching the Battle of the Sexes.
Riggs vs Court

I picked up these two autographed 8"x10"s  maybe five years ago or so.   Can't recall what I paid but it couldn't have been too much.  Probably a good time to sell but I'm holding on to them. 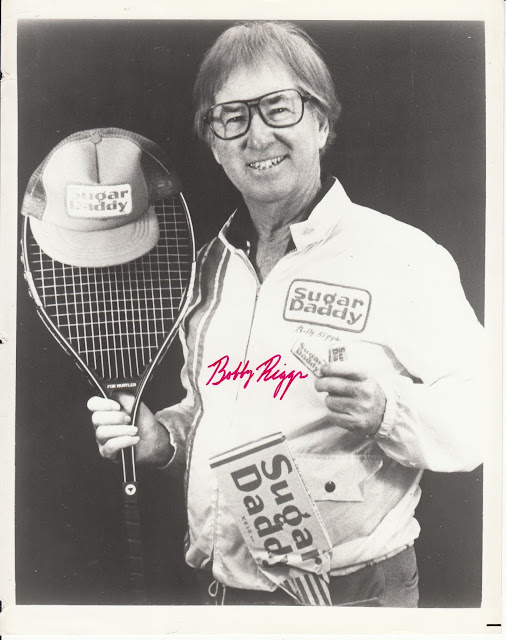 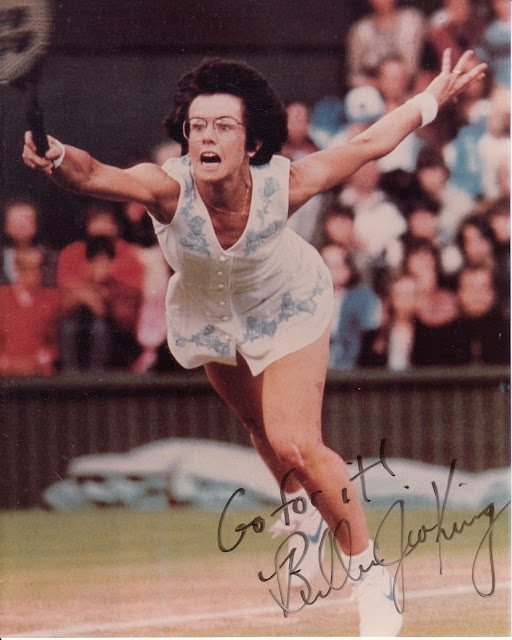