Do I Need Meds or What?

It's been a long time since I've looked at my pack stash all together.  Usually it's in boxes and on shelves.  It looks a lot less insane that way.  All of the loose packs fit in just a couple of flat rate boxes.  A good number of the blasters and some of the lose packs were post-Christmas purchases this past winter from an eBay seller who had free shipping and were won for generally half price or less.  Since then I don't think I've added more than 8-10 packs (insert sarcastic comment).  In fact, other than the aforementioned splurge earlier this year, I've been pretty careful about adding more things to my collections the last few years.   Hard to explain to those of you who open all your packs in the car before you get home from the store but there's something satisfying to me about my pack collection.

I'm fascinated by collecting in general.  There's such a wide spectrum, from collecting a few souvenir mugs to the kind of flat out hoarding you see on those TV shows with the horror music.  Here's a question for you.  Maybe you don't do anything extreme but do you have anything you would consider a collecting quirk, something you do collecting-wise that you think someone else would find strange?  I promise not to judge.  How could I? 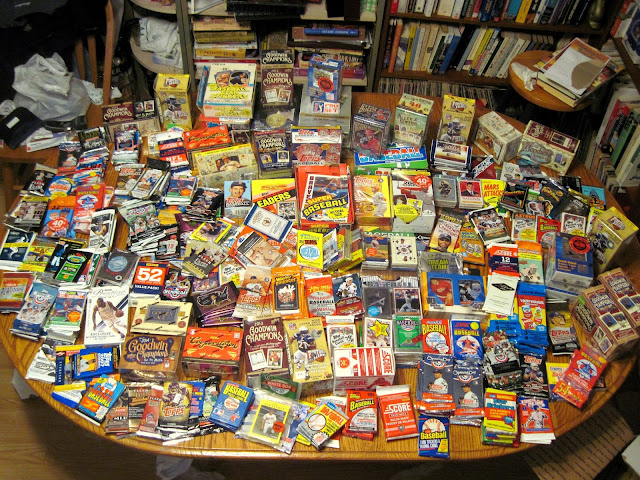 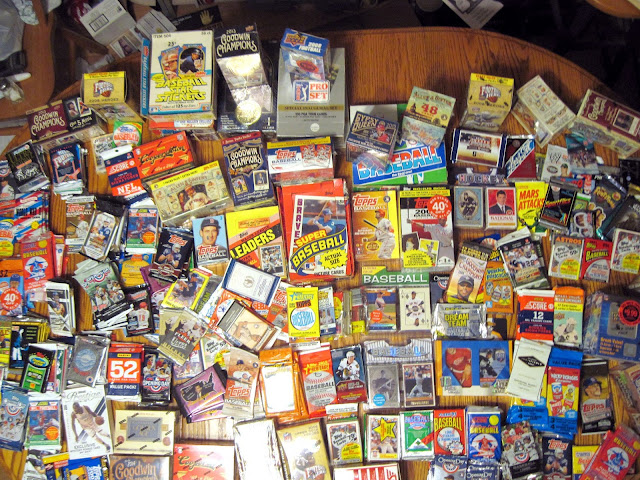 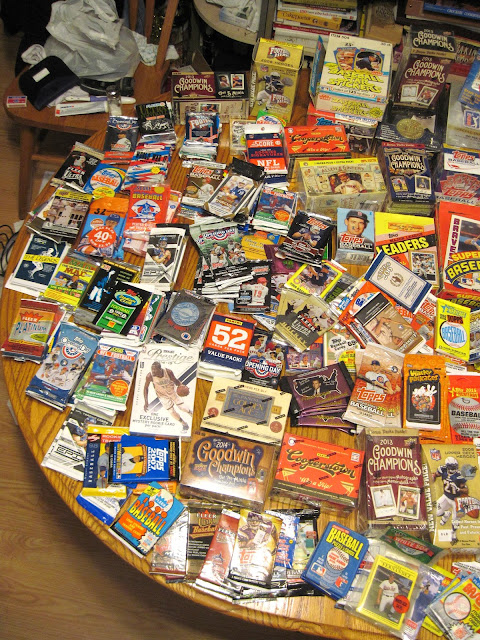 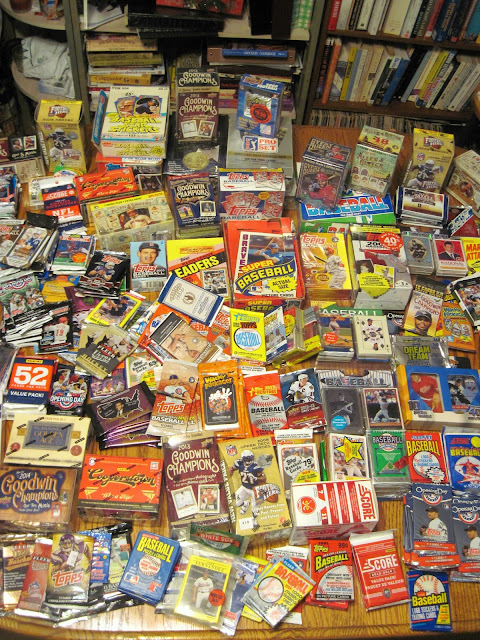 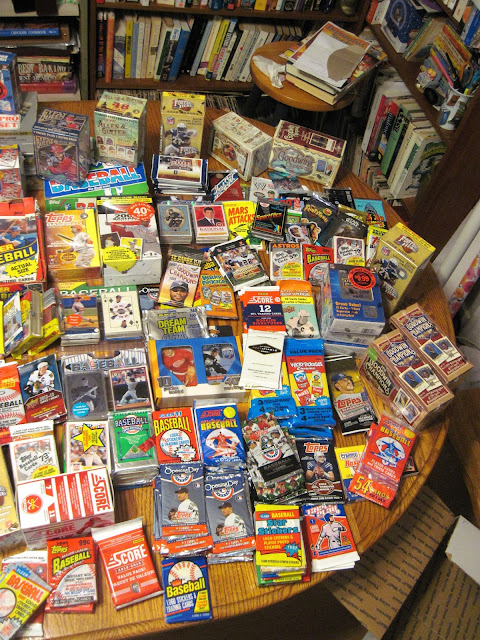 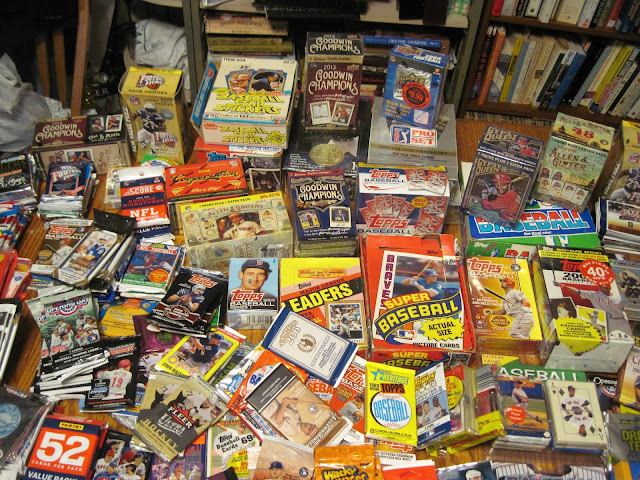 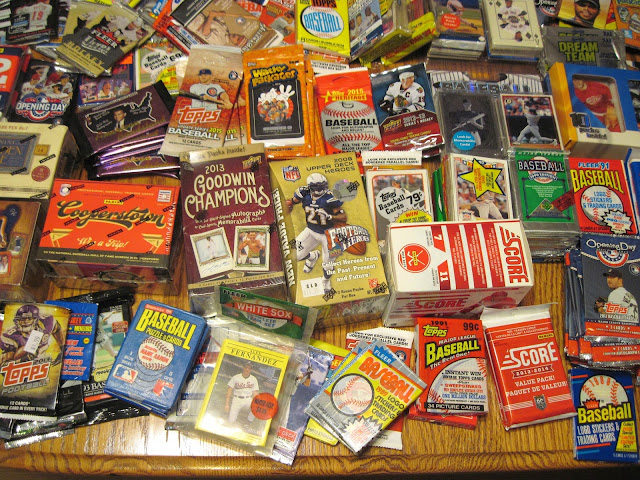 Here's what the pack stash looked like four years ago.  I sold the box of 1984 Topps Football, all of the 1981 and 1983 Baseball as well as a couple of others.  I've opened a few things but obviously not much.  I do still have the 1972 Topps Football packs. 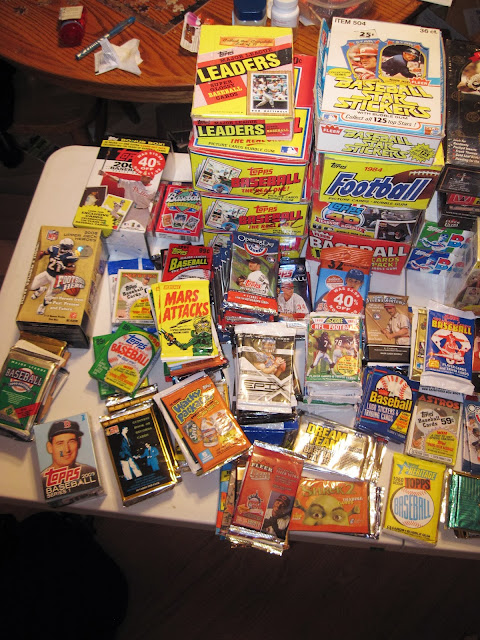 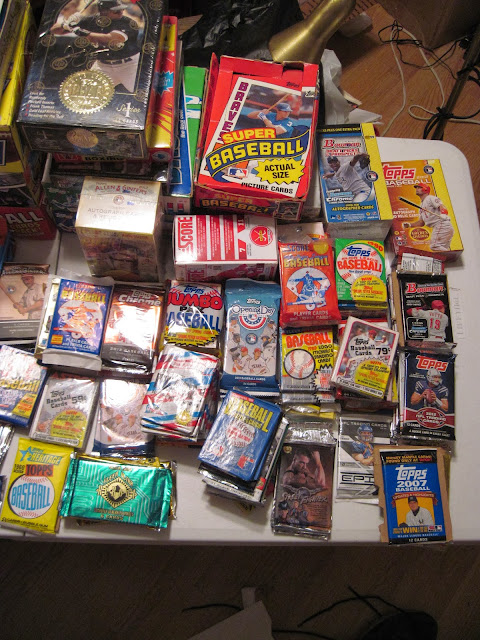 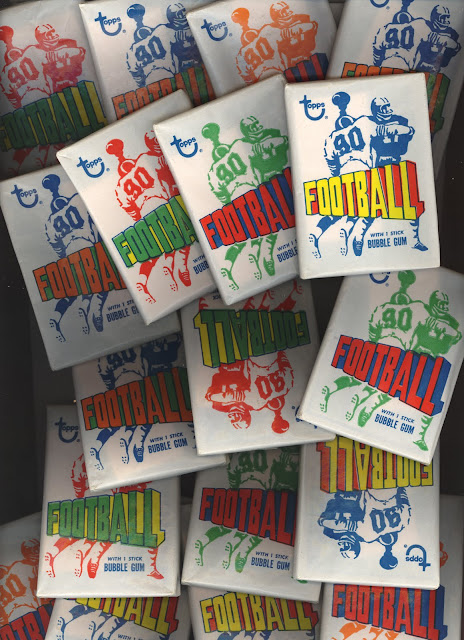