This pack of 1990 Pacific Wizard of Oz cards is a recent card shop pickup.  I'm always up for a little non-sports at the right price.

Is there anyone who hasn't seen The Wizard of Oz?  Anyone have any bad memories from seeing it as a kid? 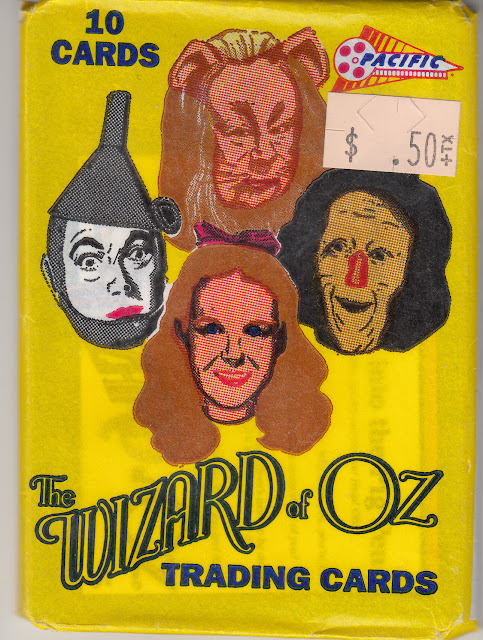 Judy Garland was 16 when she was cast in the role of Dorothy.  I wonder how many dogs have been named Toto since this film was released? 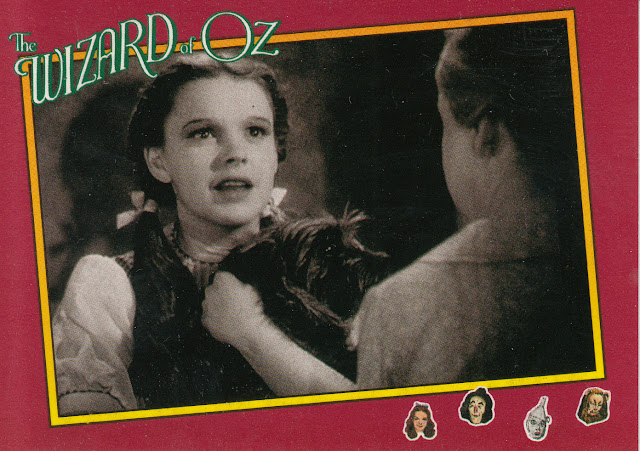 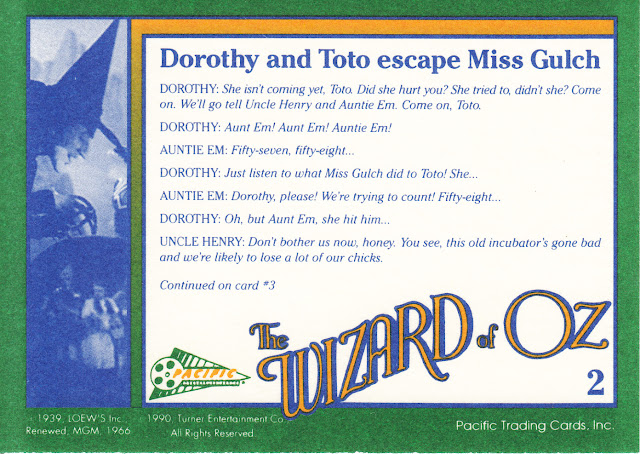 Toto is referred to in one of my favorite movies, "Amelie".  Amélie is told by her neighbor that the name Bretodeau (a man she's searching for) is pronounced, in part, like "Toto": 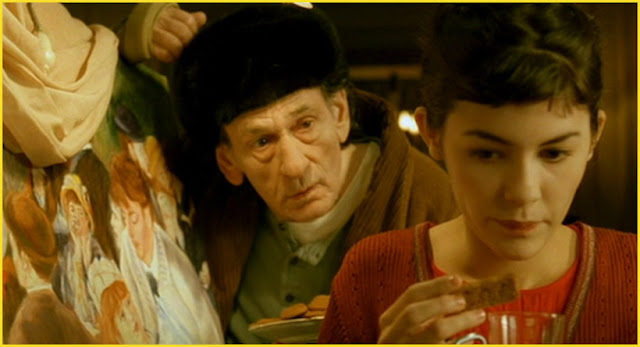 "You know, They call me the crystal man. But my name is Raymond Dufayel.
-Amélie Poulain I'm a waitress .
-At the "Deux Moulins", I know. And you're coming back empty-handed from your hunt for Bretodeau. Because it's not "do", it's "to". Like "Toto".
-Thanks." 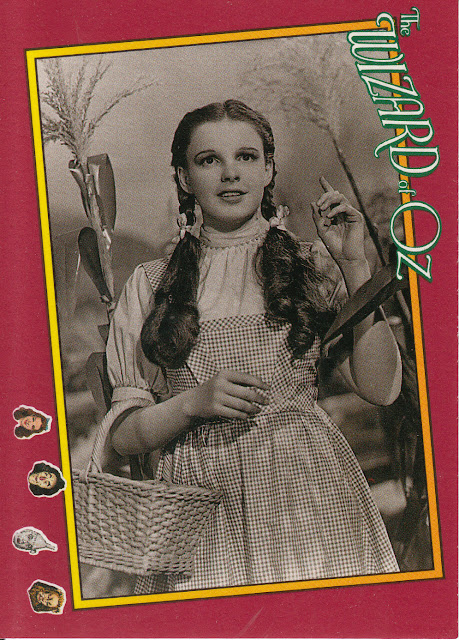 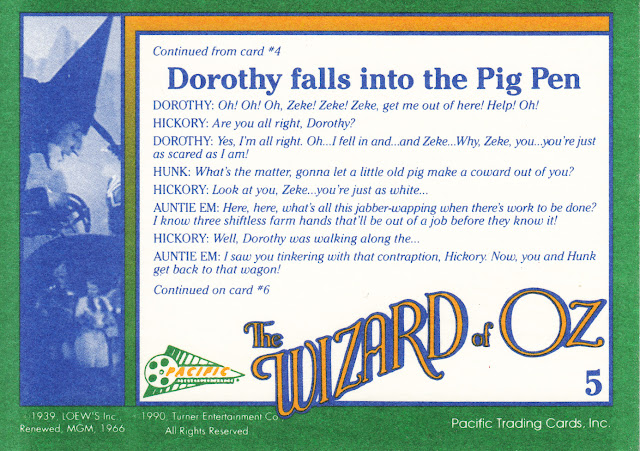 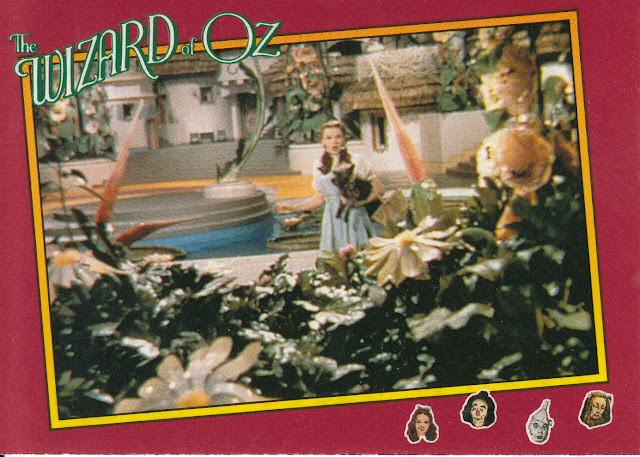 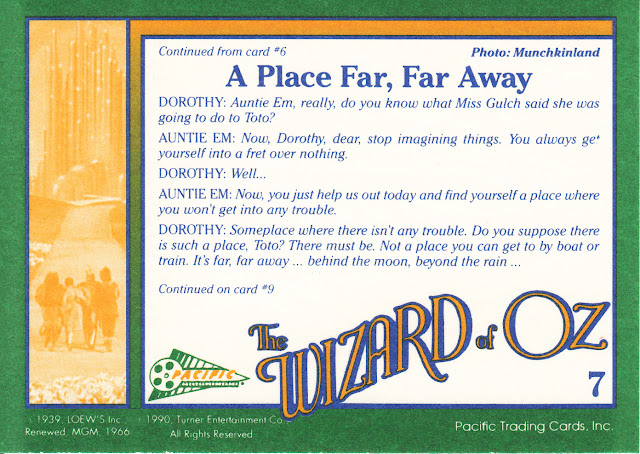 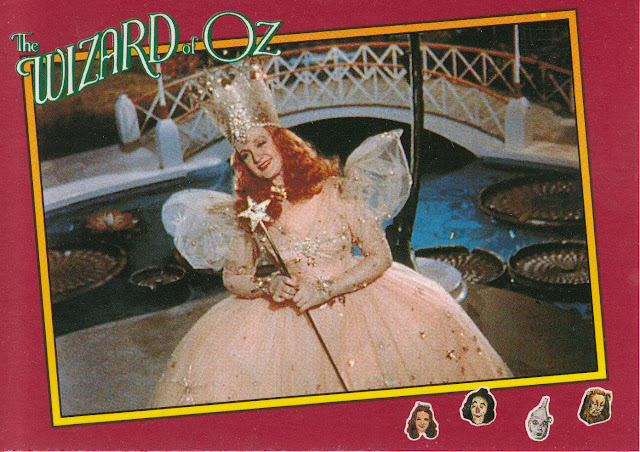 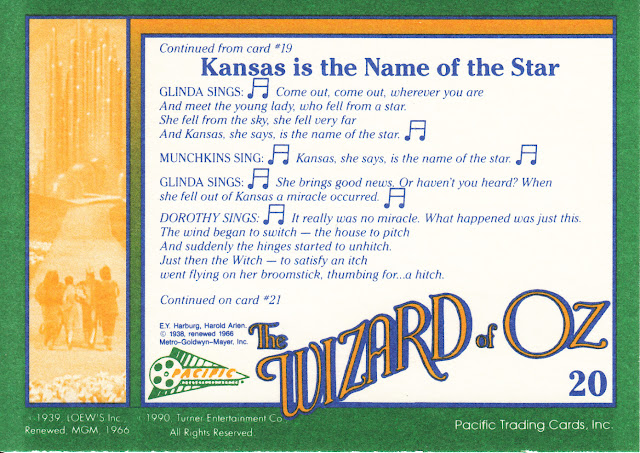 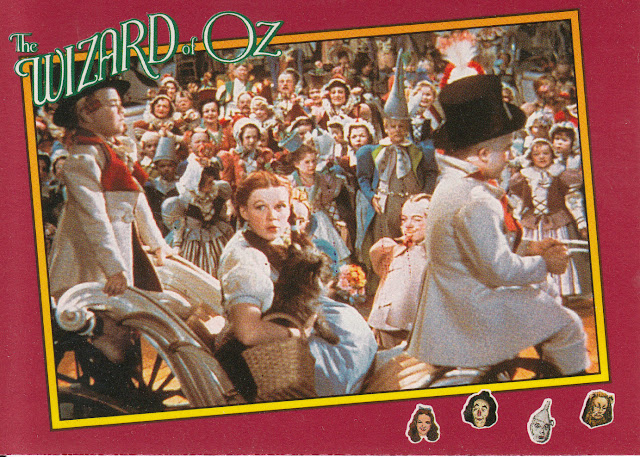 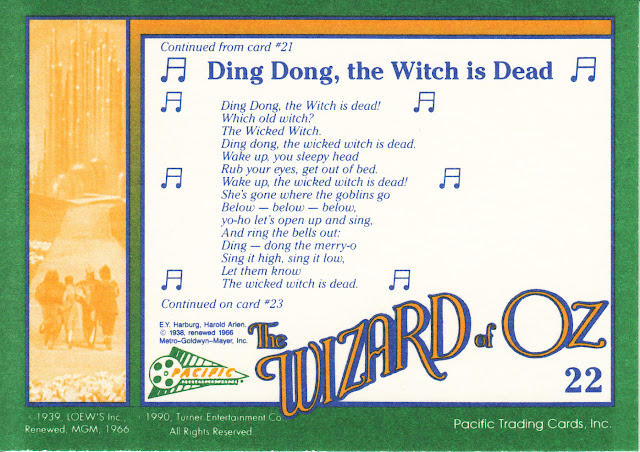 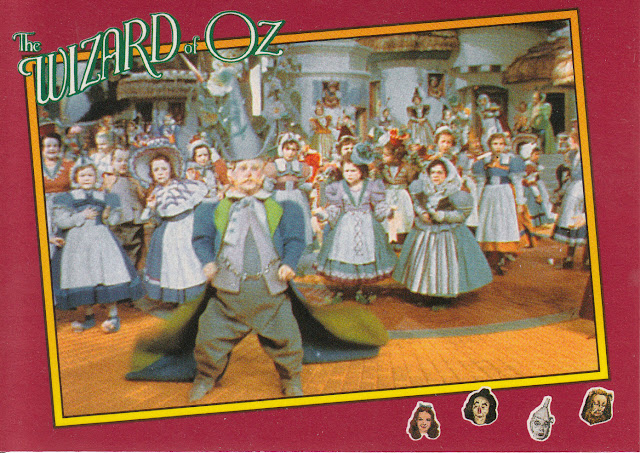 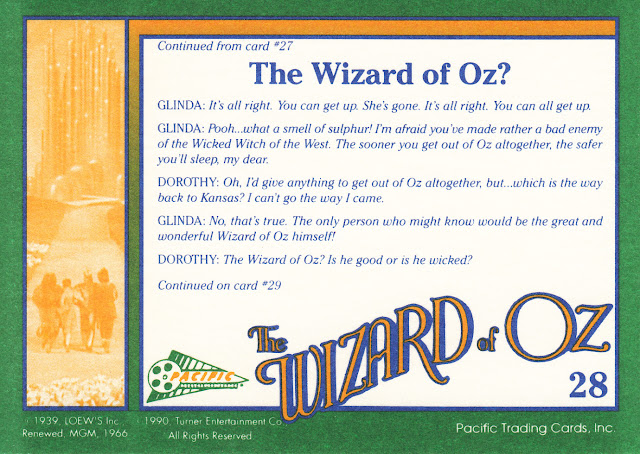 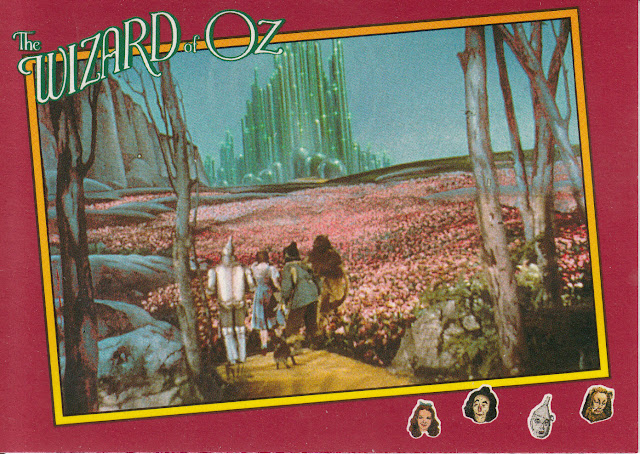 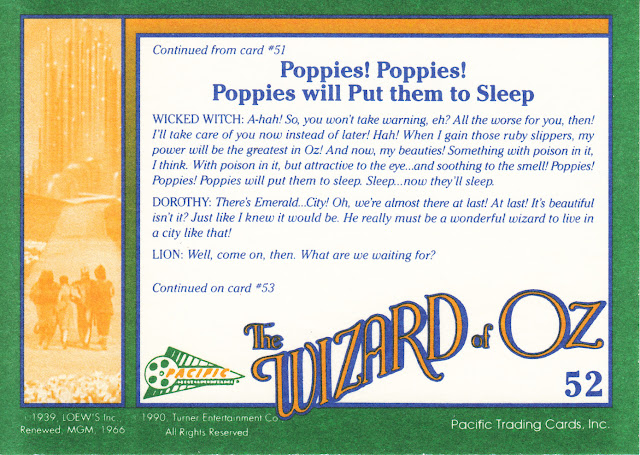 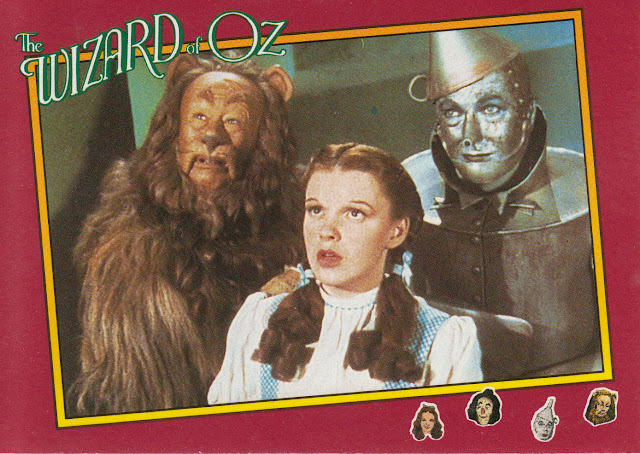 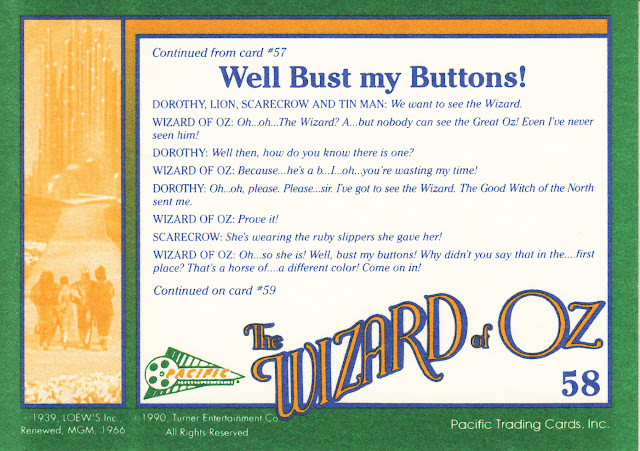 I never much cared for the Cowardly Lion.  My favorite is the Scarecrow.  Which of Dorothy's companions do like best? 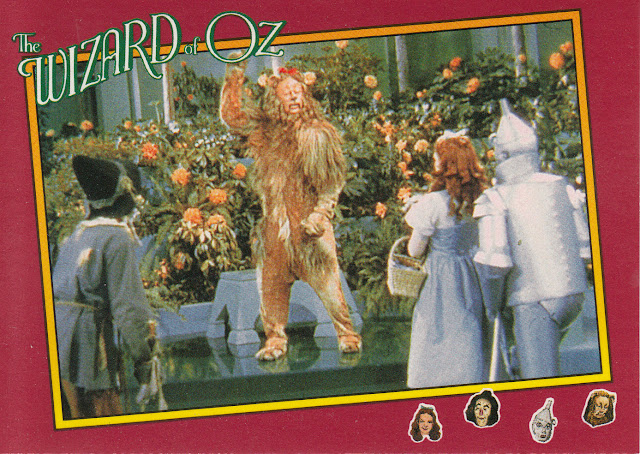 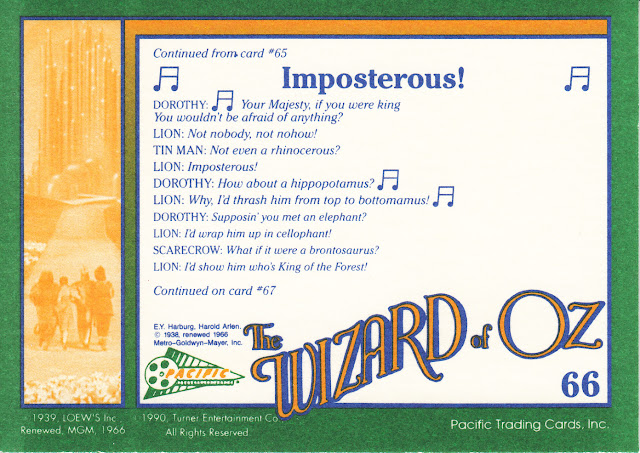 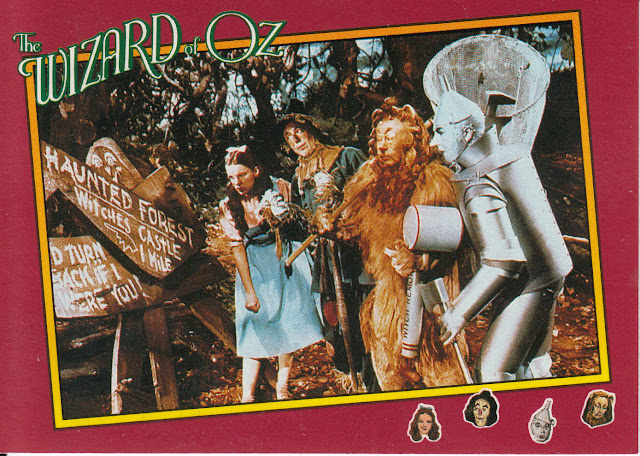 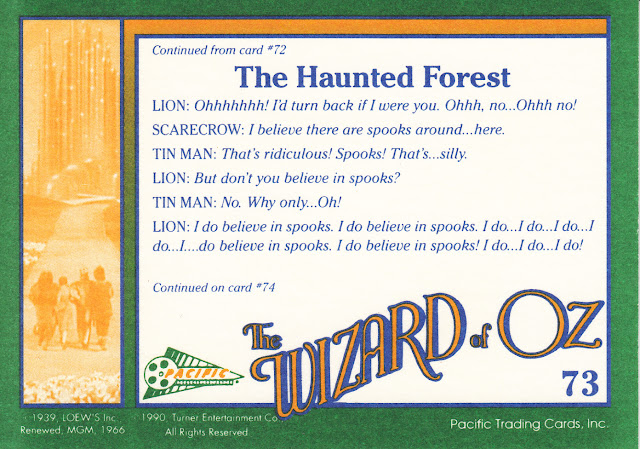 Posted by Hackenbush at 8:35 PM