The Chicago Blackhawks continued their unprecedented start last night, running their record to 17-0-3.  While I don't have any autographs from the current players I do have both of the Hawks outstanding broadcasters.

Last spring I sent requests to both Eddie Olczyk and Pat Foley.  I received a response from Eddie in just a few weeks.  Here it is.  I was disappointed that I didn't get anything back from Pat.  From watching him over the years I couldn't believe he would turn down an authograph request.  I sent my two letters at the same time to the same place, United Center.  Anyway, I figured something must have happened to Pat's request.
Fast forward about eight months to a day in early December.  I reached into my mailbox and pulled out an envelope with my handwriting on it:

Here's what Pat wrote on the back of the envelope:

Not sure what this piece of standard letter size paper is, maybe something like placecard?  It's cool though. 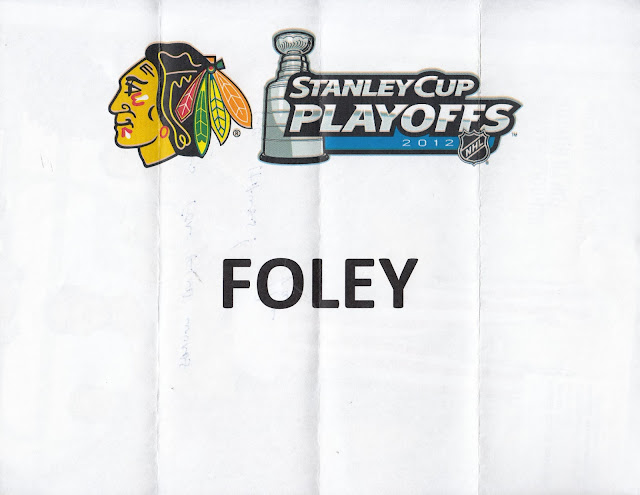 This was written on the back:

Lastly, the card I sent. 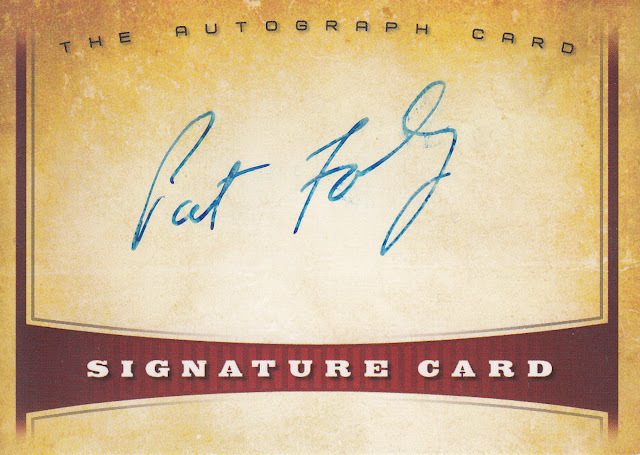 This is a great promo featuring Ed Olczyk and (sort of) Pat Foley.