Back in February I bought a blaster of 2013 Topps Series 1 and was underwhelmed with the results.  I did get a trade out of it and sold the rookie patch card.  I also got a few nice inserts so I guess it wasn't all bad.  Forward about six weeks and I received another blaster as a birthday gift from my father-in-law (I'm really easy to buy for).  I might have waited  but my wife insisted that I open the patch card.  Here's what I saw: 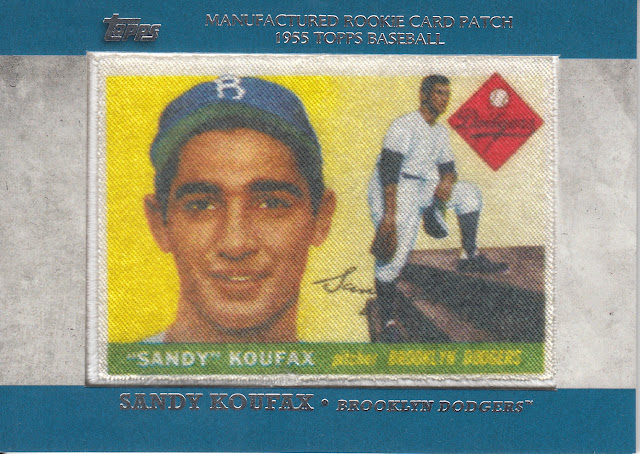 Nothing against Chipper Jones (the pull from my first blaster) but that's more like it.  Looking at the checklist this card would rank at the top of my want list.  So immediately this blaster was a winner.

Sandy Koufax no-hit the Cubs in 1965.  My first blaster was also a Cubs "no hitter".  More redemption here: 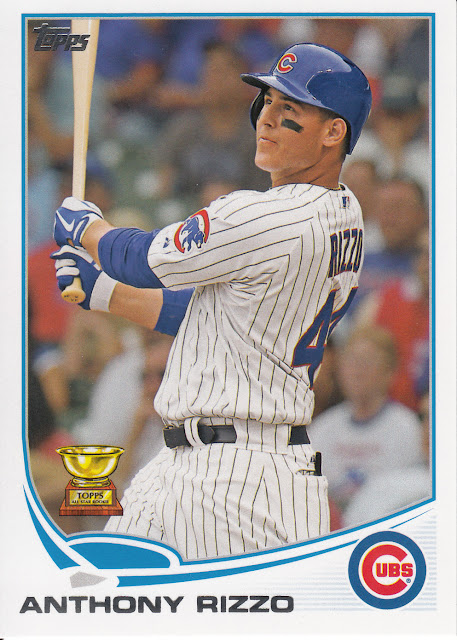 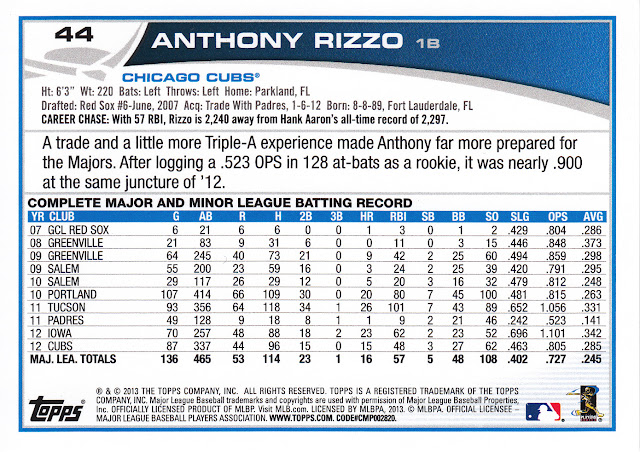 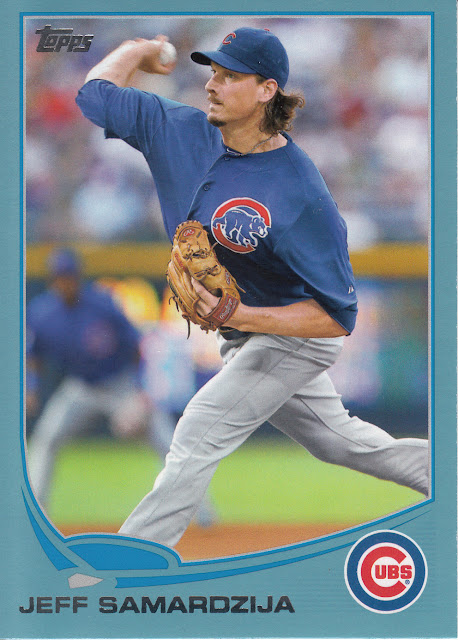 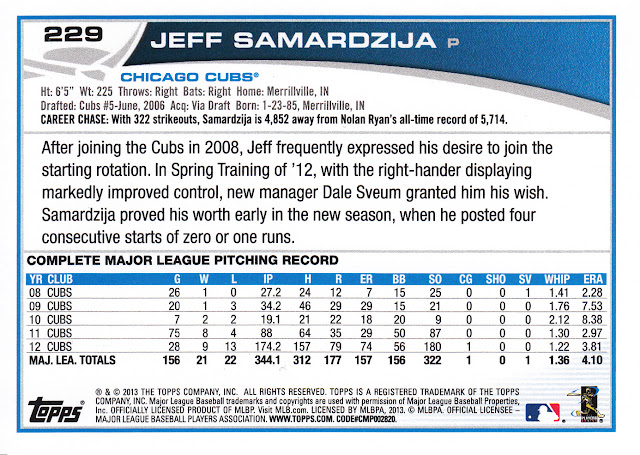 There was also a David DeJesus basecard. 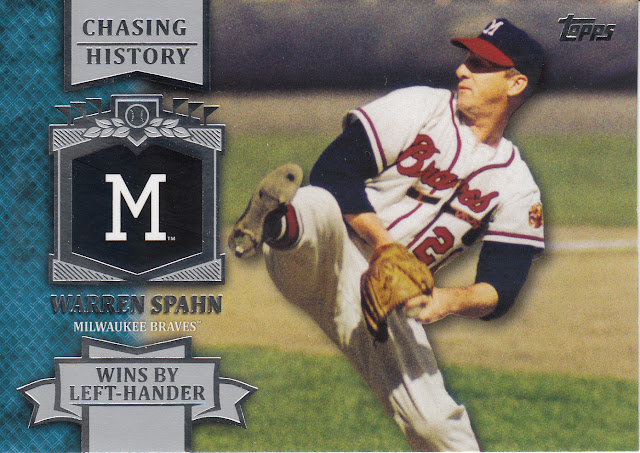 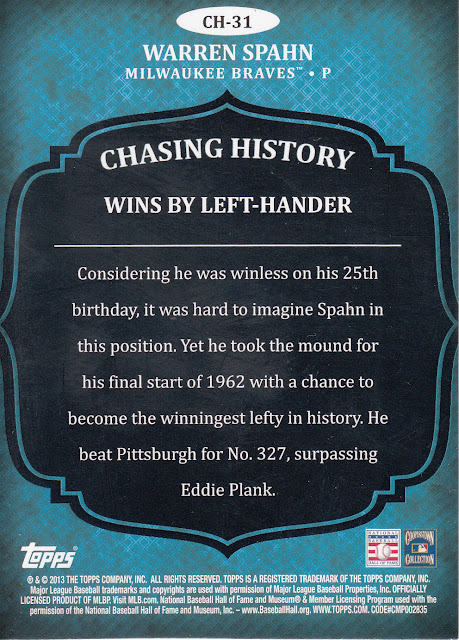 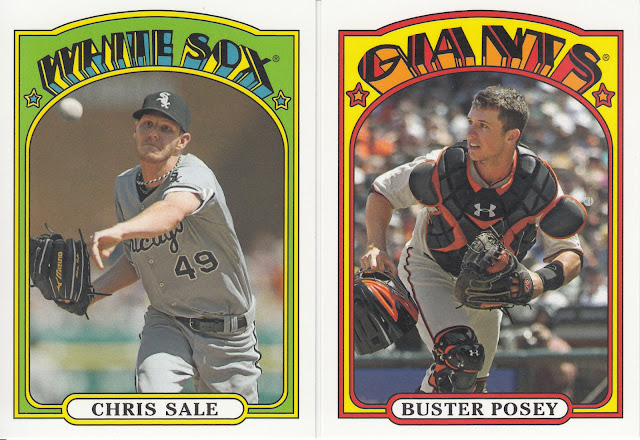 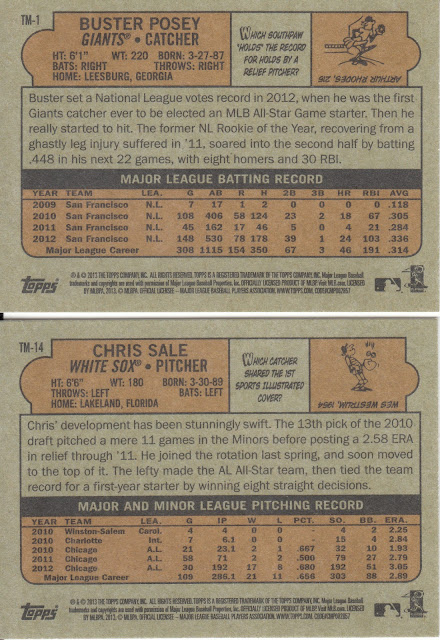 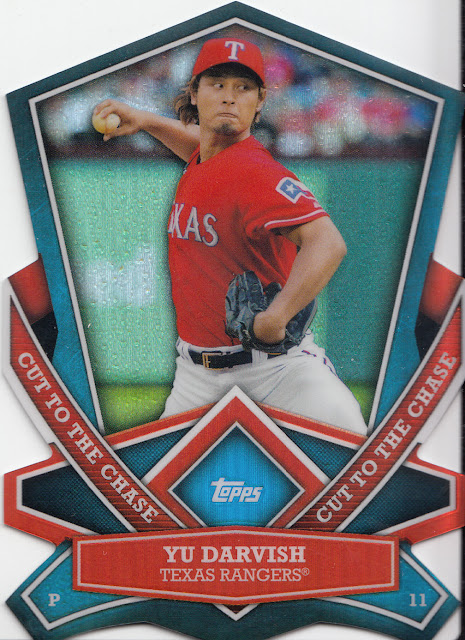 Another complaint that I had about my first blaster was the fact that the red parallels were almost all duplicates of base cards in the same box cutting my number of players by a large amount.  This new blaster, with Wal-Mart blue variations, did not have that problem at all.