There are a number of sets of "metalic" variations (gold, silver, bronze, etc.) but as far as I know there is only one "rainbow set" produced of my favorite player, Ron Santo.

These are all of the cards in the 2005 Topps Rookie Cup set minus a dual sticker signed card of Santo and Mark Grace.  I opted for the solo Grace version and so far have passed on the dual. 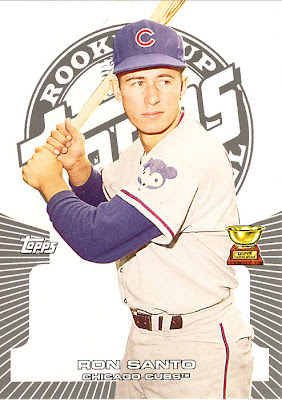 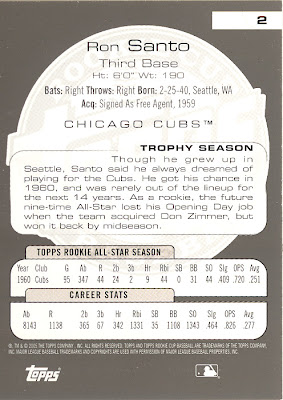 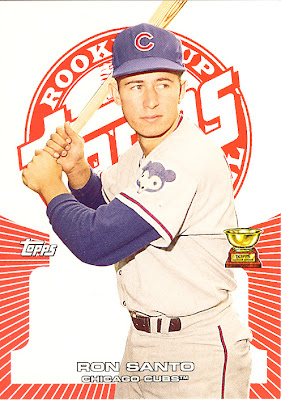 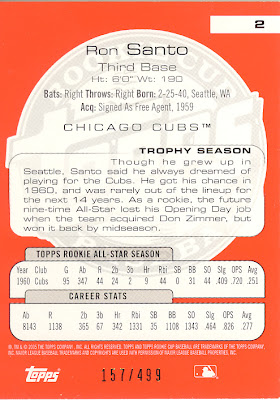 The red and orange versions are barely distinguishable from one another, a bit of a "fail" on Topps' part. 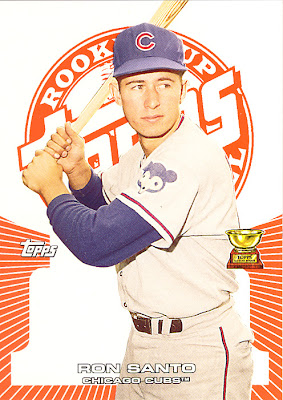 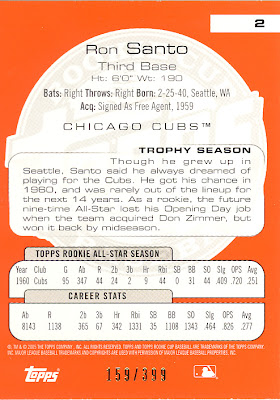 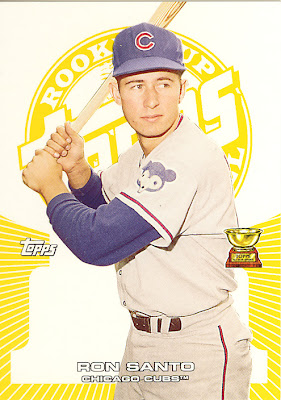 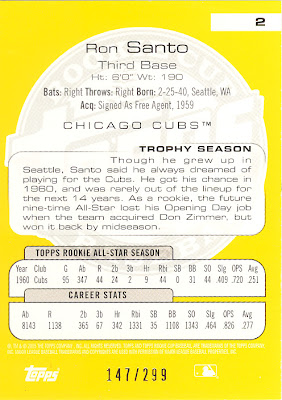 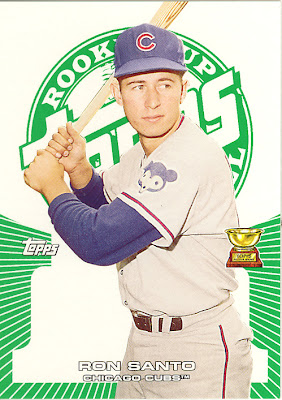 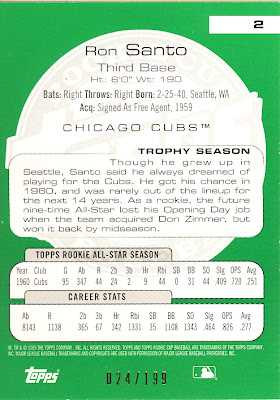 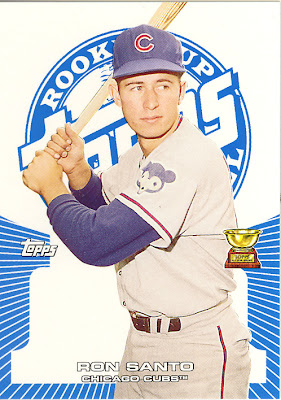 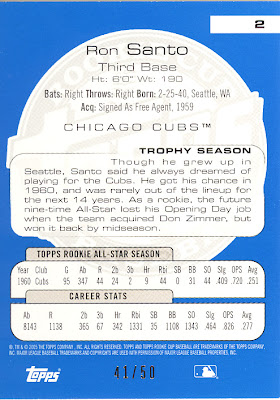 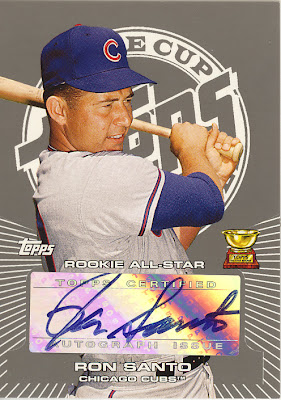 Auto version (at least the silver sticker goes with the gray) 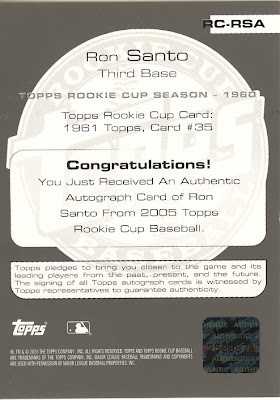