Card of the Day -- Does Everyone End Up a Yankee?

Do you all remember that Lee Smith was a Yankee?  In the thick of a pennant race in 1993 they acquired "Big Lee" from the Cardinals for Rich Batchelor. Smith appeared in 8 games for the Yankees in September/October, gave up no runs and saved three but a 3-16 record  left the team 7 games in back of the Blue  Jays who went 18-10 in the same period.  The Jays would go on to win the World Series on Joe Carter's walk off home run against Mitch Williams of the Phillies. 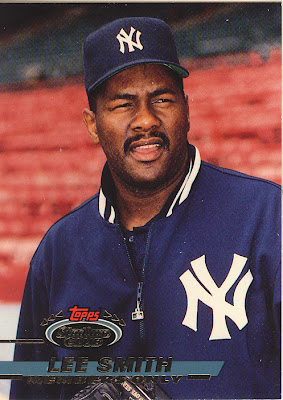 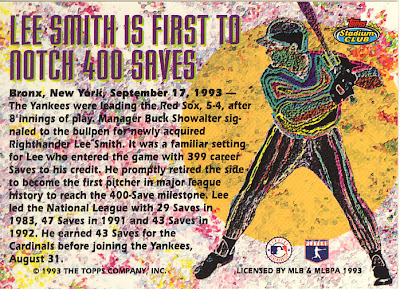 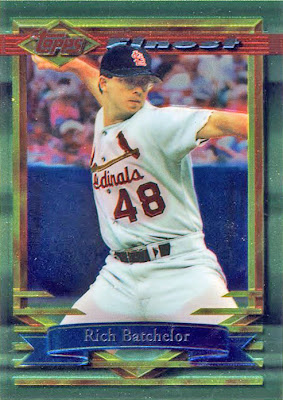 This image was stolen from Play at the Plate