The Cubs have a team of likable guys who right now are playing like crap. Here are a couple of likable guys. I picked up two cards of each of them. Total cost was 58 cents. 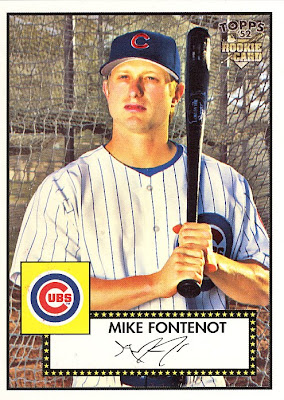 Mike reminded me of SNL's Darrell Hammond on this card 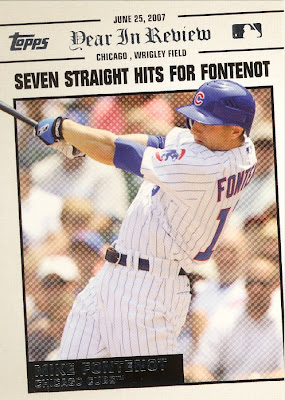 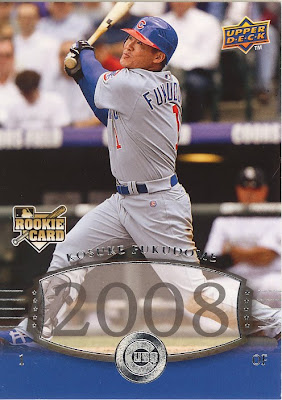 Like Fontenot, Fukudome got off to a good start this season but had an awful June. 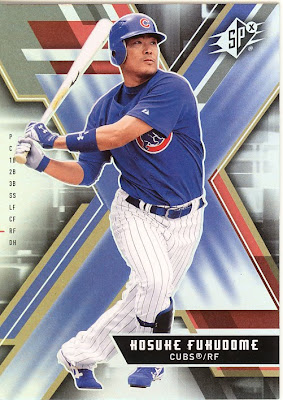 This card looks better in person. The scanner doesn't pick up the shininess of the background.