This being All-Star week I thought it appropriate to post Ron's Topps All-Star items. Ron was on 9 NL All-Star squads and played in 8 games. Overall, he did alright in in the Summer Classic. Though his five hits were all singles he did end up with a .333 average and with five base on balls his OBP was an even .500. He drove in 3, scored 1 and never struck out. 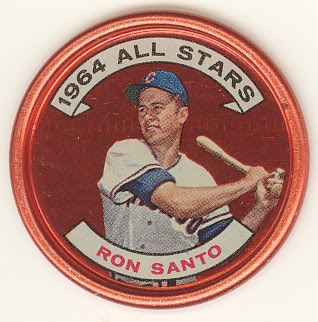 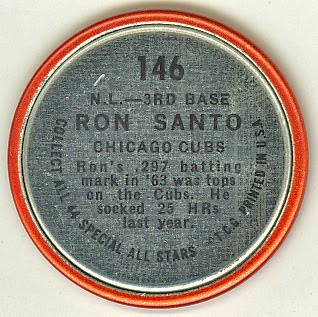 These coins were found in packs of 1964 Topps regular issue cards. Of the 164 coins in the set the last 44 were the designated All-Stars. Ron's coin follows Ken Boyer's, appropriate I guess, since in the 1964 All-Star game Boyer started at third base ---and finished there. This was the one time Santo did not play. Boyer did go 2-4 with a solo HR and the NL won the game 7-4 on a 3 run walk-off homer by the Phillies' Johnny Callison. 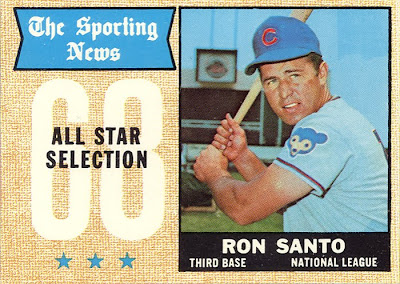 
1968 was the first time since 1962 that Topps included All-Star cards in the set. I'm not wild about the design not to mention the photo was taken at Shea Stadium. A year later it would take on more significance. 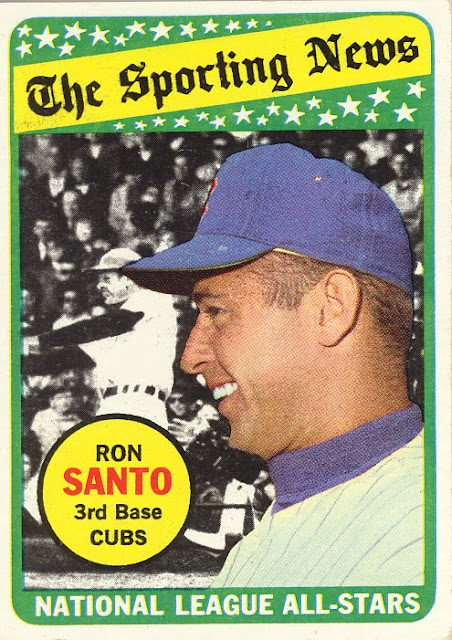 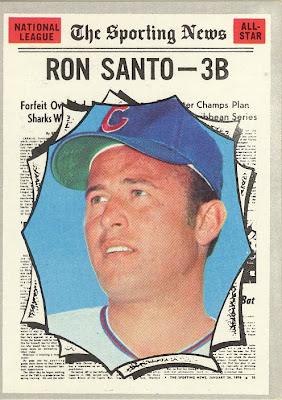 1970 #454
Not too exciting but I like the the Sporting News theme.
Unlike the previous two All-Star sets which had puzzle pieces on the back this one had a fun cartoon and caricature on the back. 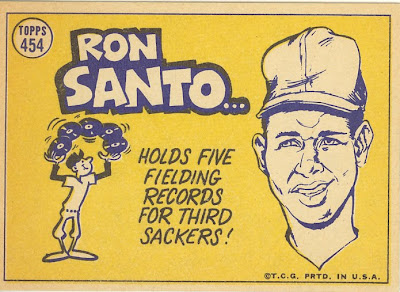 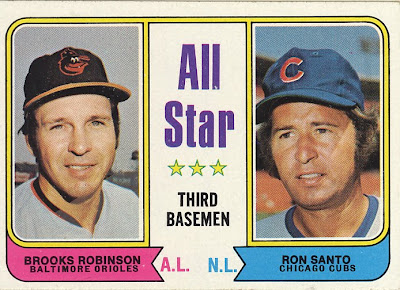 1974 #334
Arguably the two best third basemen of the sixties.  Ron belongs in the Hall of Fame too. Check this out for a pro-Santo comparison.
Posted by Hackenbush at 10:00 AM