As you may know, NHL defenceman Zarley Zalapski died last month at age 49.  Zalapski played for five NHL teams from 1987 to 2000.  I picked up the card below back in May while doing a little eBay free shipping bargain hunting.  I won Zarley for 13 cents.   Pat Falloon was 6 cents and Housely and Verbeek were a penny a piece.

Are any of you familiar with the Humpty Dumpty brand?  We didn't have them in Chicago so I was not.   Here's a photo of a vintage can: 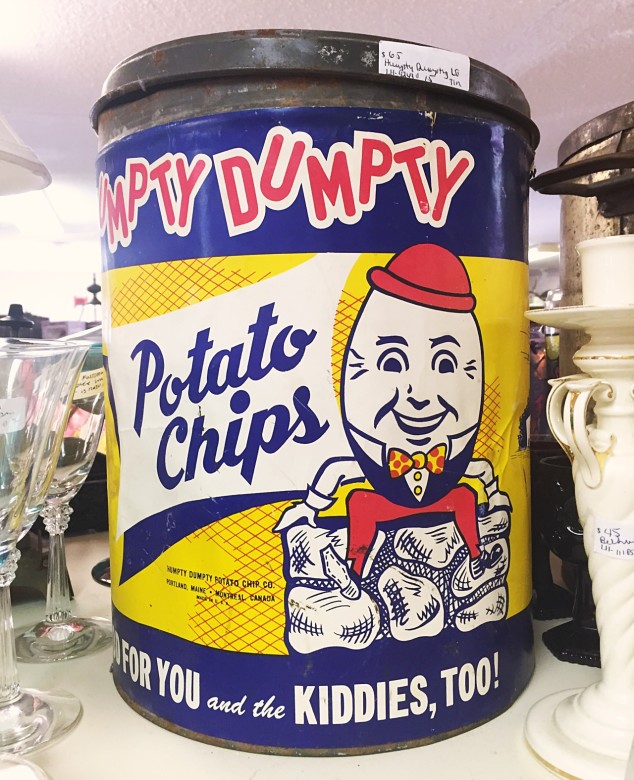 I assume these cards were found in bags of potato chips back in 1992.  Don't be fooled by my scans.  These cards measure a wee 1-1/2 x 2 inches.  As you can see there were two series.  Two of each are represented here. 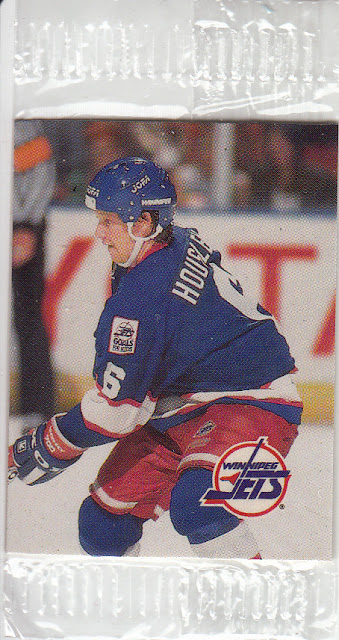 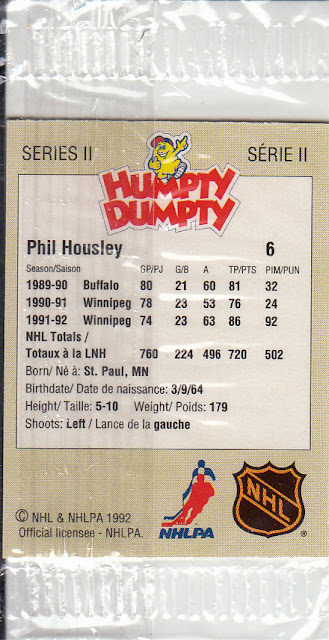 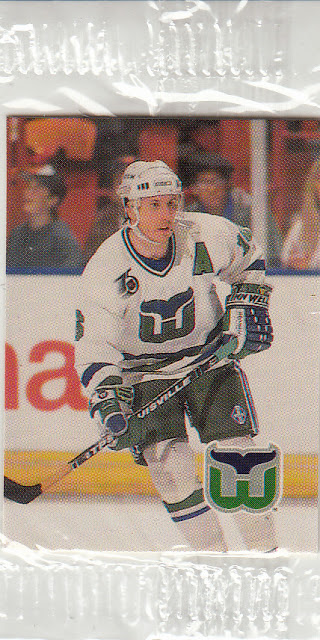 Posted by Hackenbush at 5:13 PM