Wow a stretch like that can really hurt!
I bought these two cards because they're vintage and they were the right price.

Wally played in 68 more major league games than I did, winning 14 of them.  He was traded to the Athletics for another less than stellar pitcher, Tom Lasorda (yes, that Tom Lasorda).  Tommy never got a chance to wear the pinstripes but he did pick up a role model in his minor league manager and future Yankees skipper Ralph Houk.  Houk taught him that, "if you treat players like human beings, they will play like Superman" and "how a pat on a shoulder can be just as important as a kick in the butt." 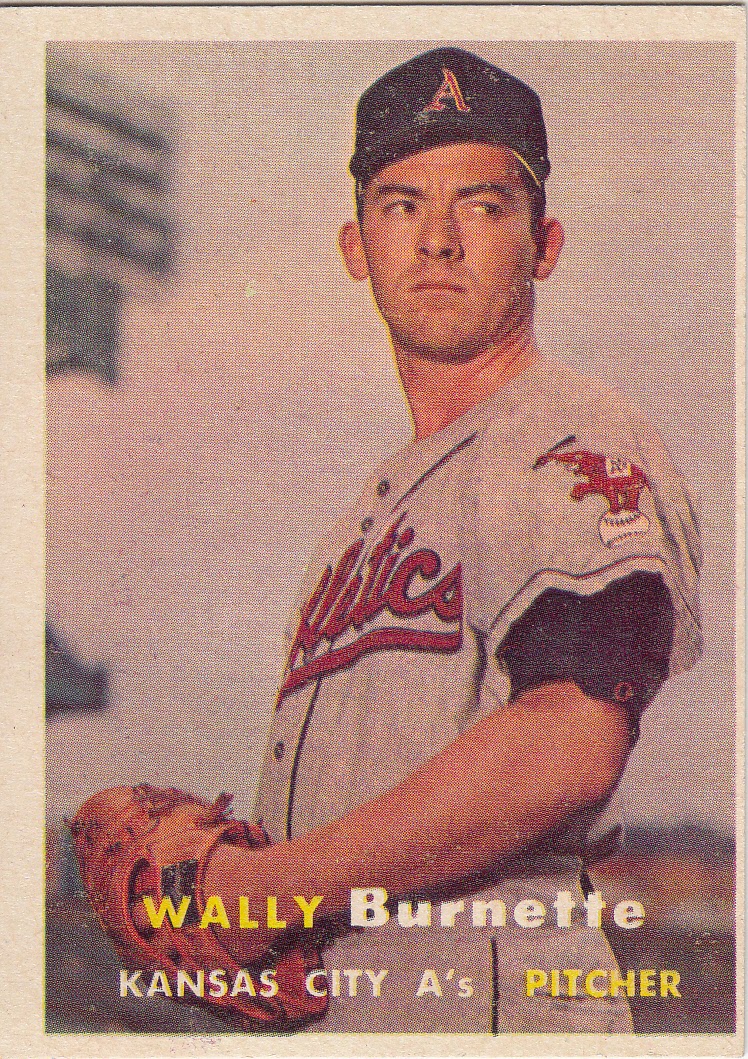 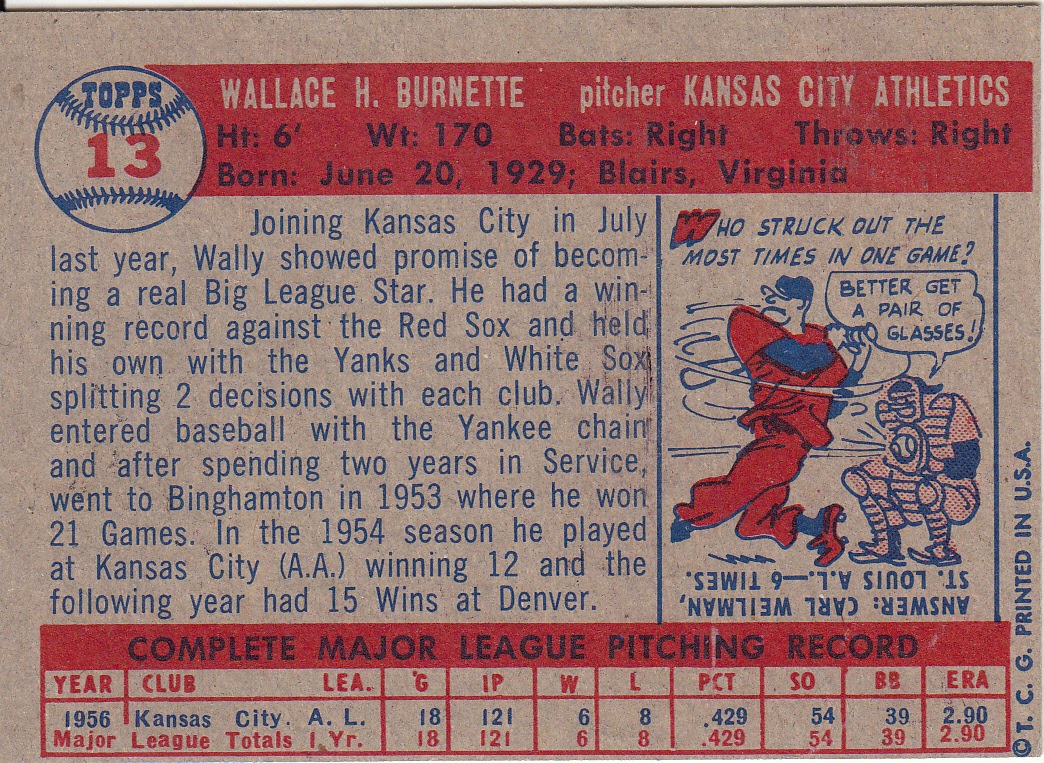 Lee had a lifetime batting average of .262 with five teams. Traded to the Cubs early in 1957 he'd have his best year on the North Side in 1958 hitting .304 and belting 24 home runs.  He made the All-Star team and had one plate appearance, pinch hitting for Bob Skinner in the bottom of the 7th.  He grounded out to to Nellie Fox. 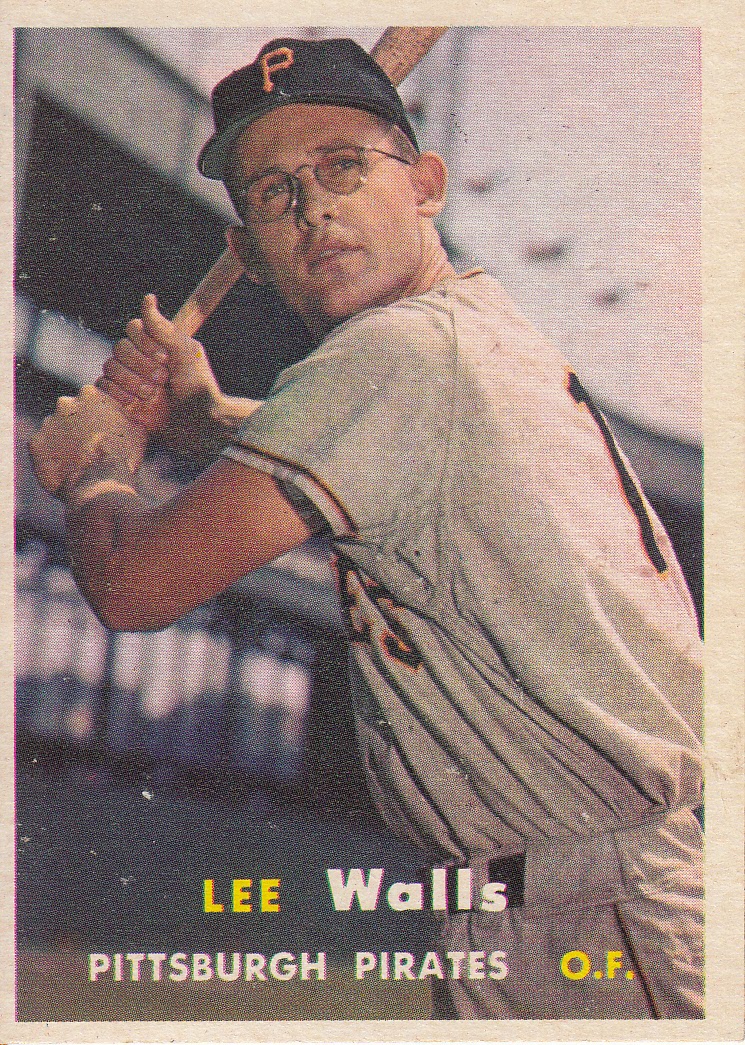 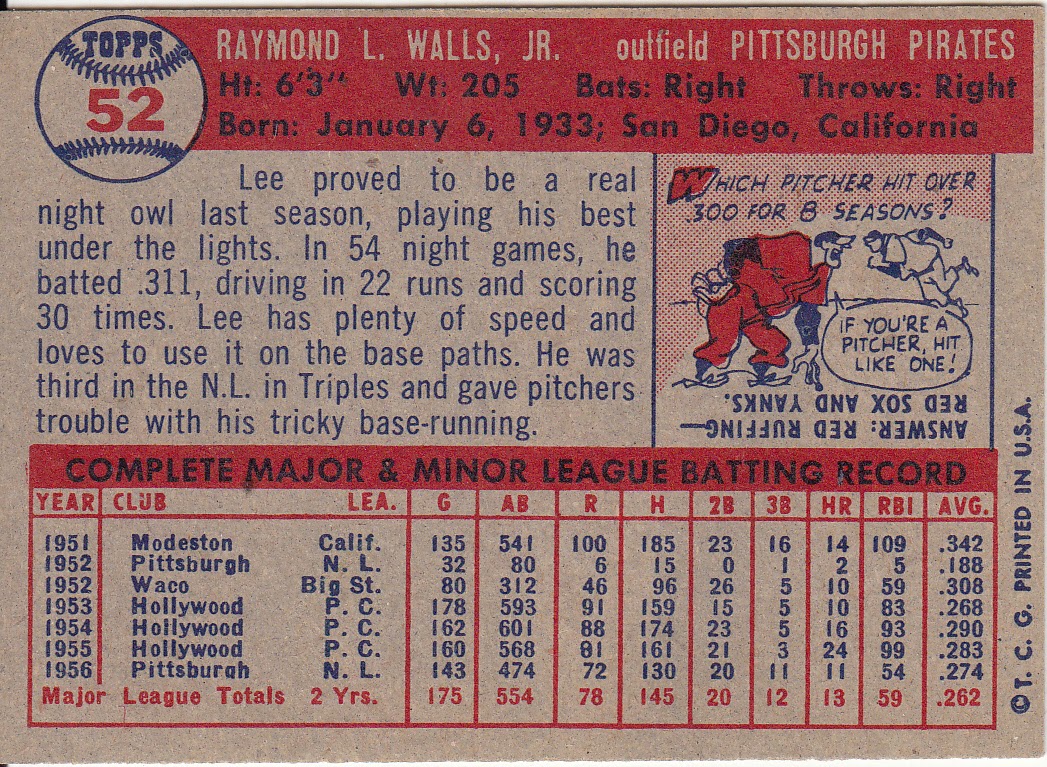 Posted by Hackenbush at 7:07 PM