Last night the Blackhawks had a ceremony honoring the Blackhawks players from the 1960-61 Stanley Cup Championship team.  Eight (I think) of the old guys were introduced one-by-one including four Hall of Famers, Bobby Hull, Stan Mikita, Piere Pilote and Glenn Hall.  Rocky Wirtz and John McDonough have done a great job in bringing back the alumni over the last couple of years, after the previous Wirtz's antagonized them into exile.

Here are the signed cards I've managed to collect of players from that great team: 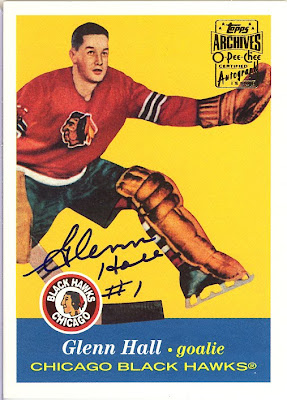 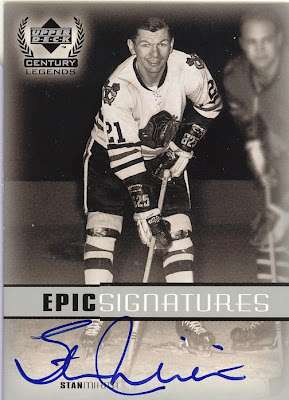 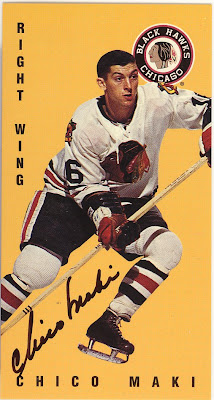 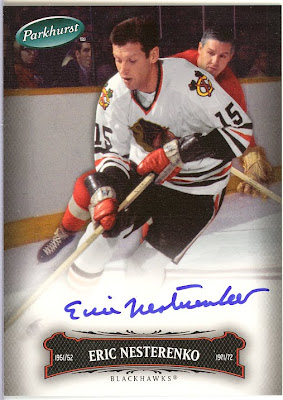 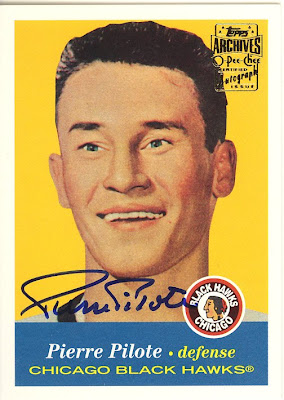 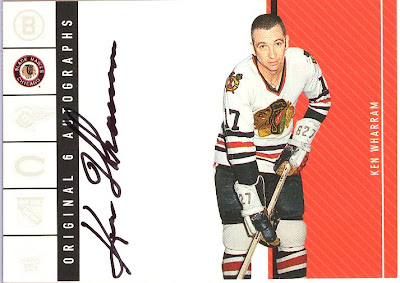 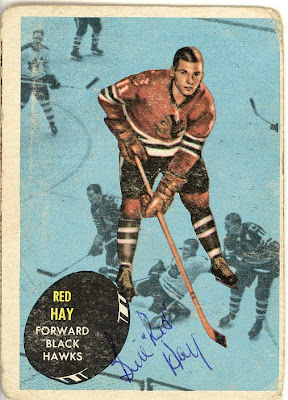 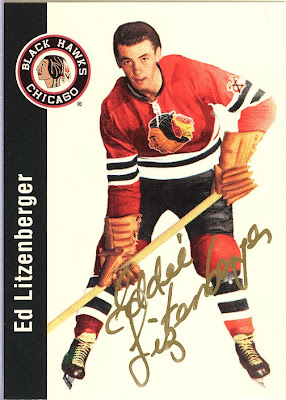 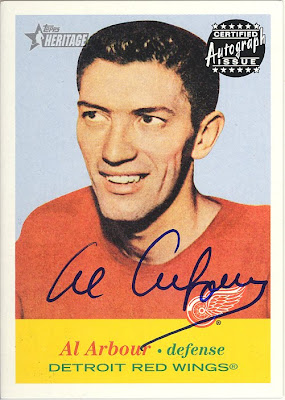 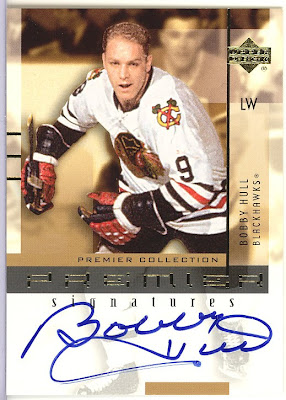 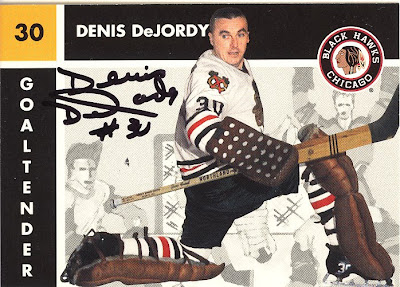