Here's another Christmas gift, a blaster of 2010 Bowman Platinum. 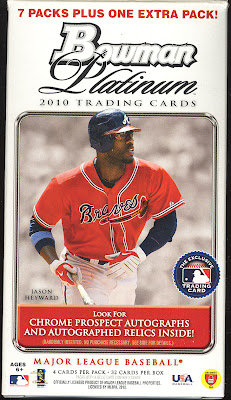 These are in groups of four but are not how they came out of the packs.  (Disclaimer:  Shiny cards don't scan well so they do look better in person.)  Here are all 32 cards.  I'll save my comments till the end. 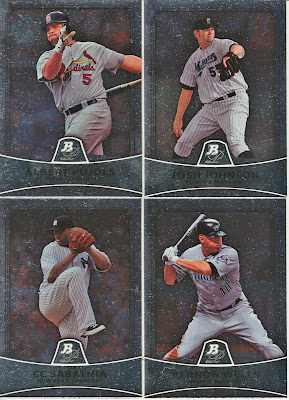 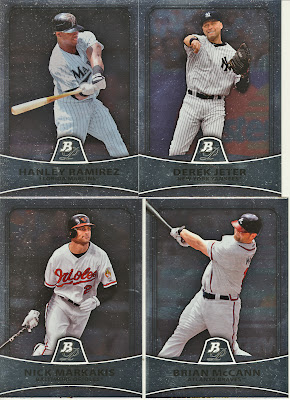 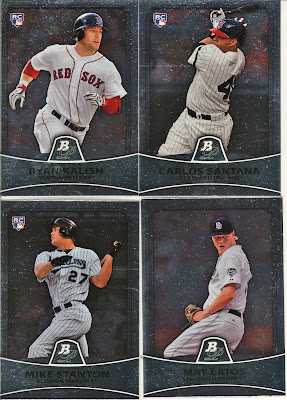 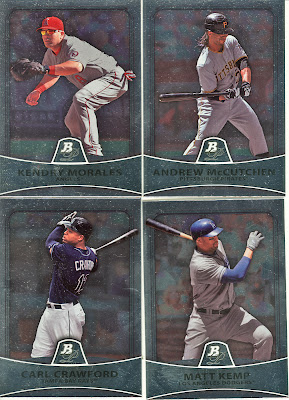 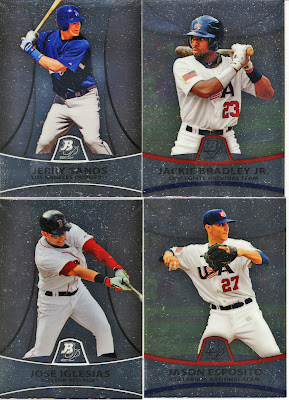 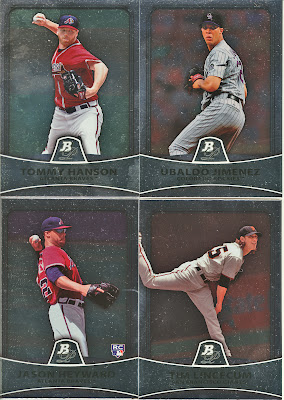 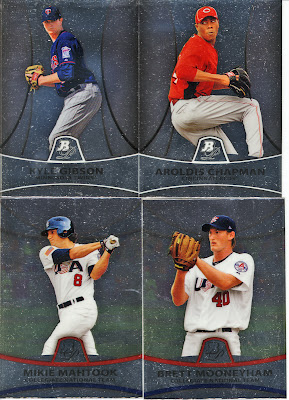 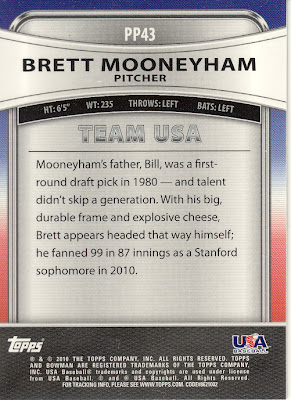 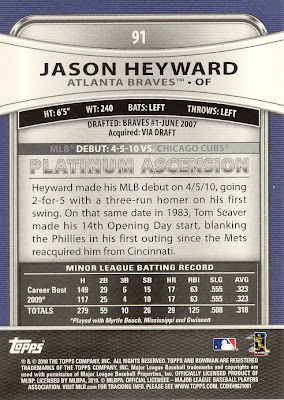 First off, this was a nice gift, a blaster that I would not have bought for myself.  Second, I can't complain about the selection of players --  Jeter, Pujols, McCann, Crawford, The Freak, etc.  It would have been nice to pull one Cub.  The one per pack Team USA and Platinum Report cards are a little shinier and I like them more than the base.  Overall, I'm not blown away by the design which is overly heavy on the borders and lacks any variation from card to card.  It's platinum, I get it, but it's not "real" platinum and it gets boring.
The backs do have color variation, which is better but what's with the theme.  Each base card gives a sentence about the debut of the player on the front.  Ok, that's cool.  Next comes a random feat in baseball history from the same date as the player's debut (see Heyward above for an example).  While the history is interesting on its own, I just don't get why it's there.  What does Tom Seaver's 14th Opening Day start have to do with Jason Heyward's debut and why is it given twice as much space?  Anyone want to explain this to me.  Agree or disagree?
By the way, I do love the name Brett Mooneyham and his "explosive cheese".  MMM, CHEESE!
Posted by Hackenbush at 5:00 PM