In honor of the first Sunday in the NFL season here are a couple of vintage football cards from my first Check Out My Cards purchase.

Jack Christiansen is a Hall of Famer who played on three Lions World Championship teams in the 1950's. 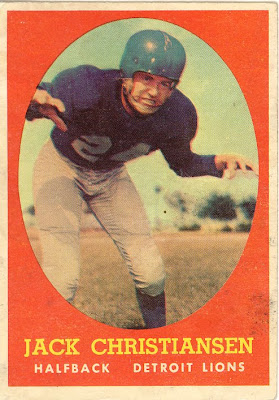 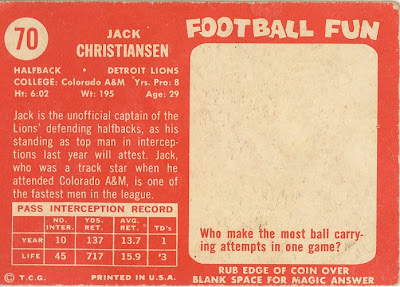 Eddie LeBaron was not only a four time Pro Bowl selection but was awarded a Purple Heart and a Bronze Star for his valor during the Korean War.  After football, he was an announcer, practiced law, and was general manager and later executive vice president for the Atlanta Falcons.  Oh, and he's in the College Football Hall of Fame as well. 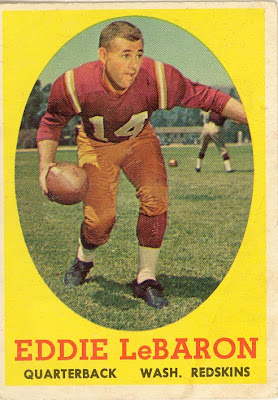 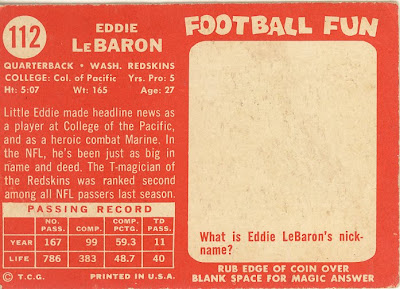