What's in a Name?

There seem to be less guys these days who are known by their nicknames.  I saw a few in this year's Heritage (Scooter, Mookie, Coco).  Here are eight of them I pulled from the original 1968 set.


Horace Guy "Dooley" Womack
From Wikipedia:  "Womack, who acquired his nickname "Dooley" as a child from a friend of his family and claimed, 'I prefer it to my real name, which is Horace,' was described as having a "high voice, a serious drawl and a giddy laugh", by Maury Allen in his book Where Have You Gone?". 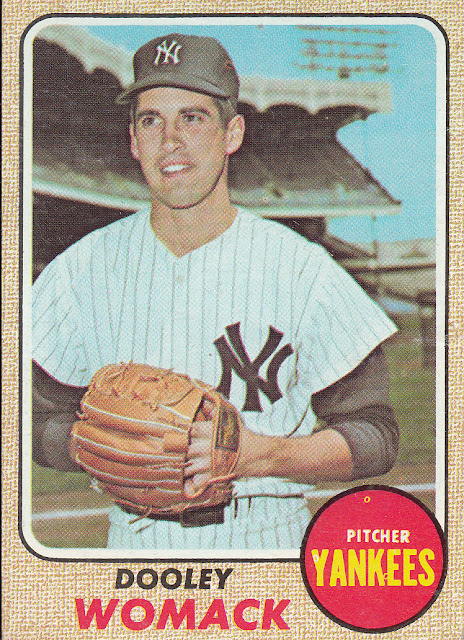 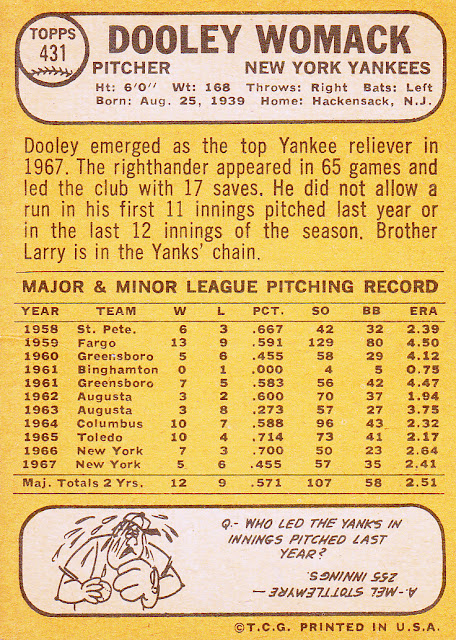 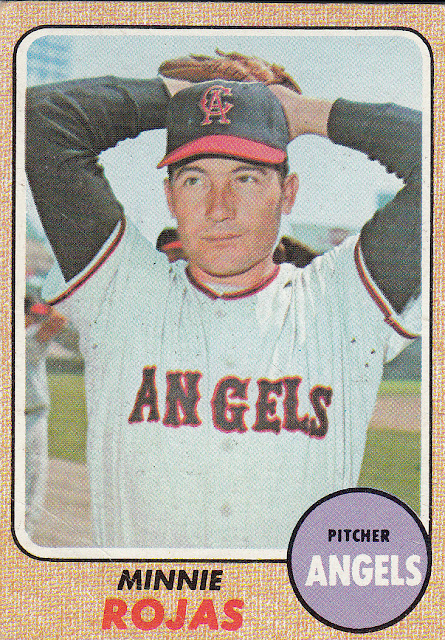 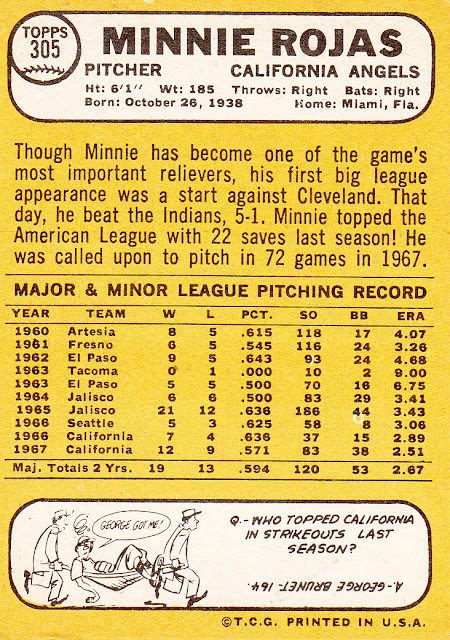 Richard Joseph "Turk" Farrell
Turk gets his nickname from his father who was known as "Big Turk".  Turk died at just 43 in a car accident while working in England.  SABR has a great bio of Turk. 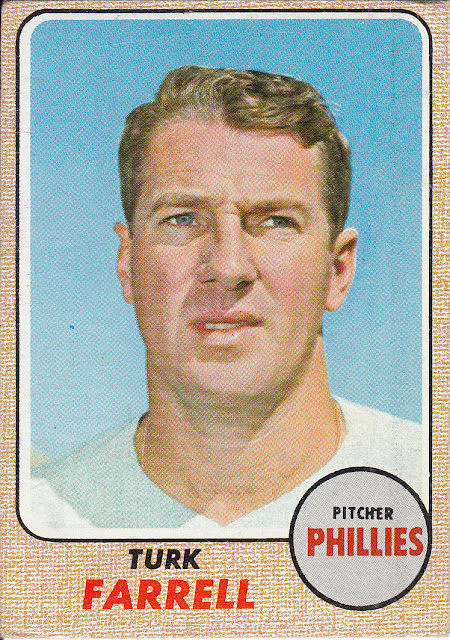 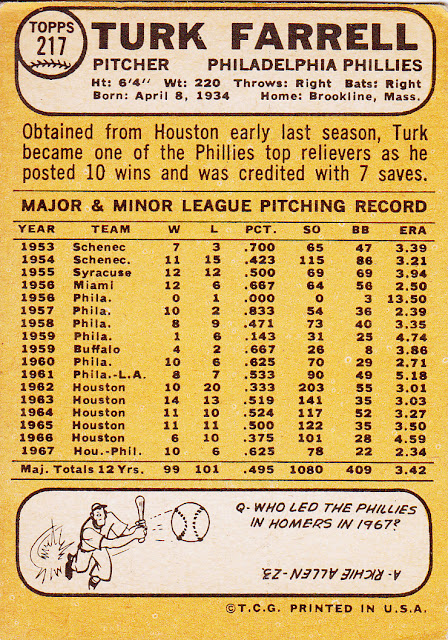 Wycliffe Nathaniel "Bubba" Morton
According to one source, Morton's parents nicknamed him Bubba after his grandfather.  The same source correctly points out that Bubba is the only player in MLB history with the name Wycliffe.  Morton was the first African-American to be signed by the Detroit Tigers although not the first to make the big league roster. 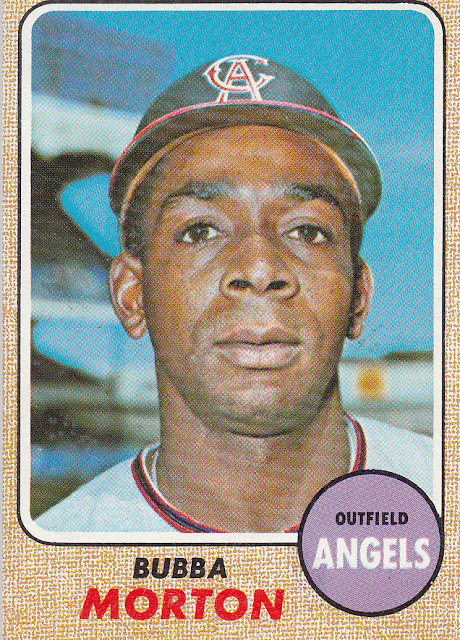 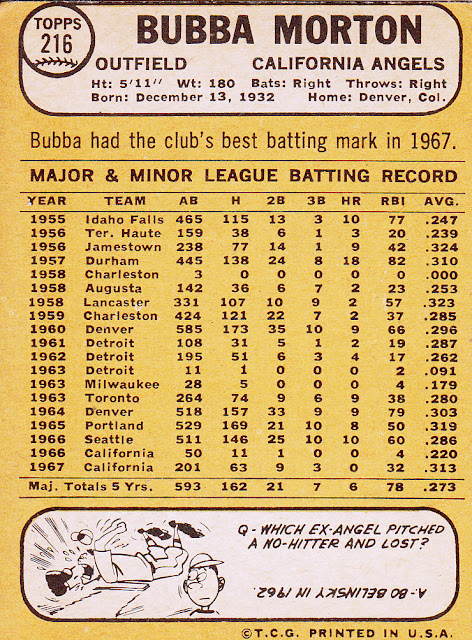 Charles Andrew "Cap" Peterson
According to Wikipedia Cap is from his initials C. A. P..  In case you're wondering, the immortal Cap Anson got his nickname for being "Captain" of the Chicago White Stockings.  Cap Peterson died young, just 37,  of kidney disease. 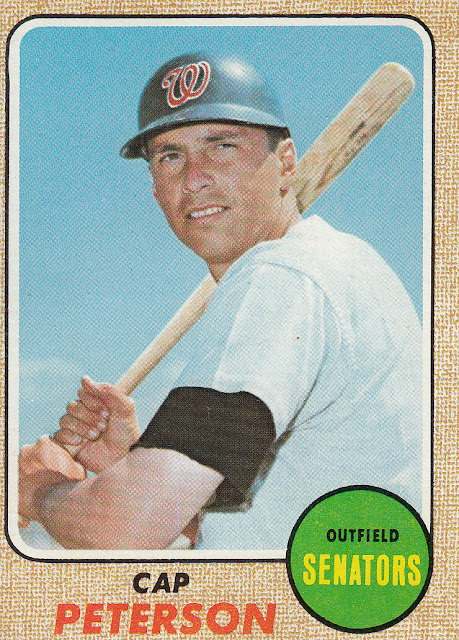 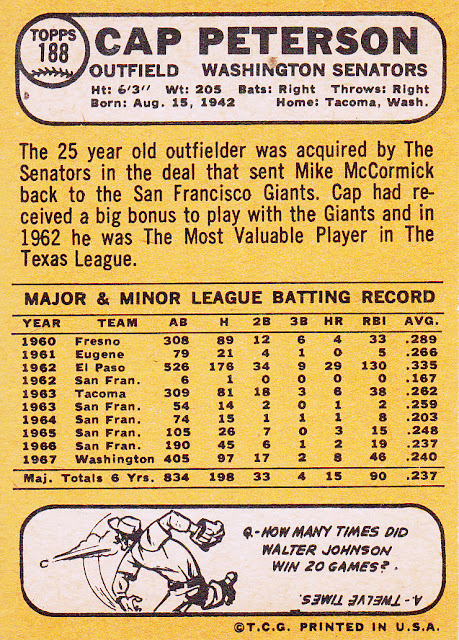 Frank Edwin "Tug" McGraw, Jr.
OK, I never knew this.  Raise your hand if you did.  Tug was given his nickname by his mother, Mabel in reference to his "over-aggressive style of breast-feeding as a baby".  Yet another early death, Tug died of a brain tumor at age 59. 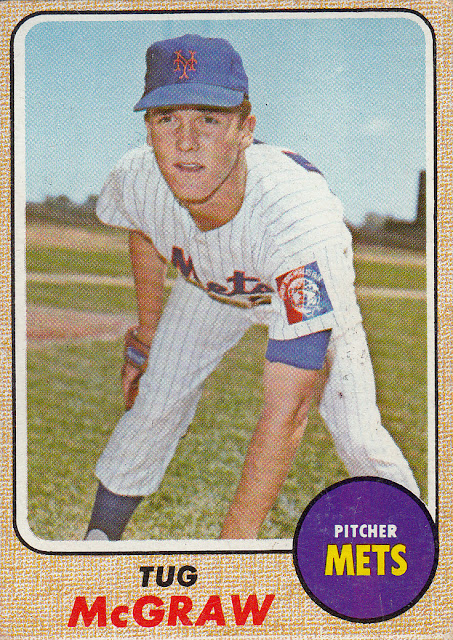 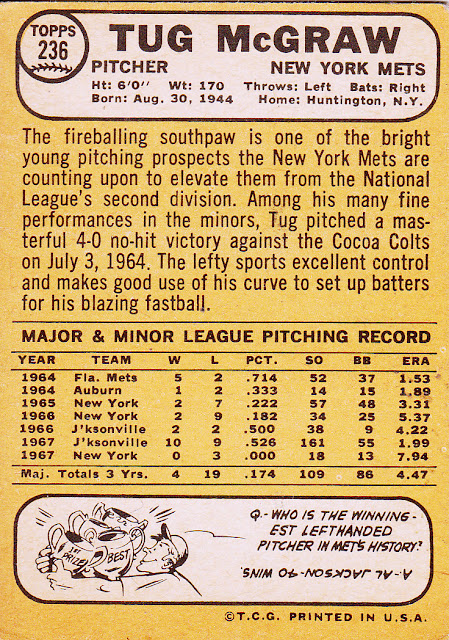 John Wesley "Boog" Powell
From Baltimore Sports Then and Now "Though his given name was John Wesley Powell, he earned the nickname “Boog” as a kid due to his mischievous nature. He seemed to always be getting into something and became known as Booger, as in, “What’s that little Booger doing now?” The nickname was eventually shortened to Boog, probably around the time he got big enough to beat the snot out of anyone who would dare call him Booger." 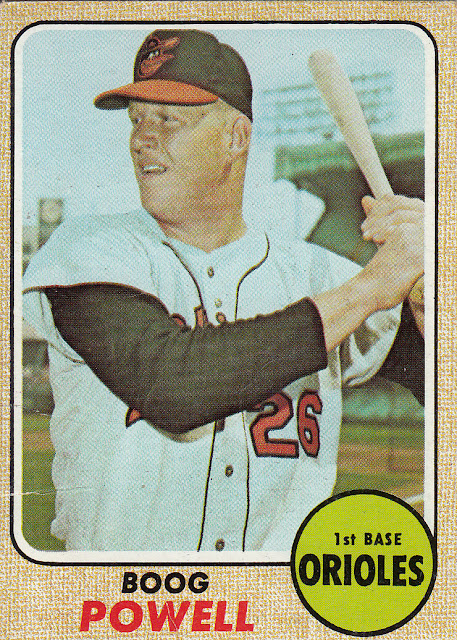 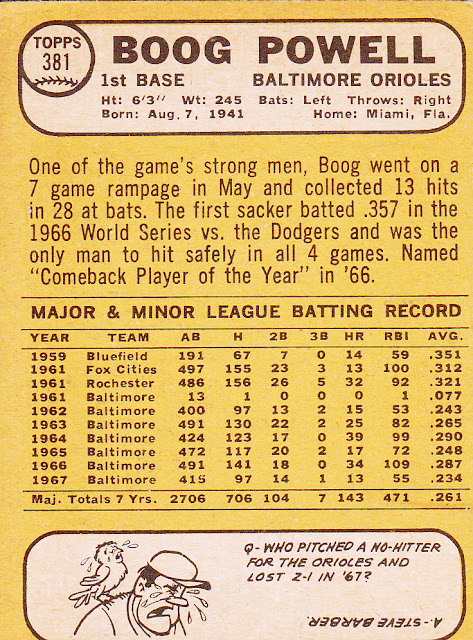 Octavio Víctor "Cookie" Rojas Rivas
Cookie is an anglicized version of a popular Cuban nickname, Cuqui meaning cute, adorable, etc.  Cookie was a 4 time All-Star with the KC Royals and played for 16 seasons overall with 4 teams.  He is in the Phillies and Royals HOFs. 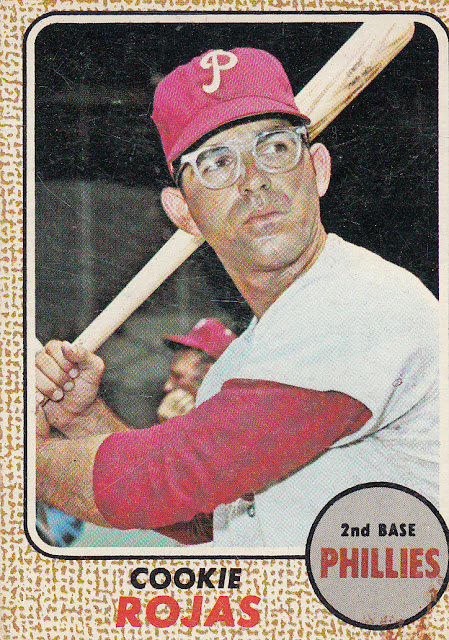 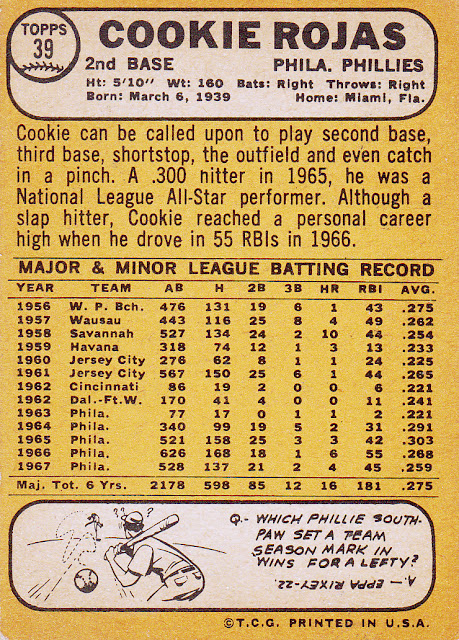