Card of the Day -- Good Kid

Indians fans remember Lou Boudreau for leading their team to their last World Series Championship in 1948.  I remember the "Good Kid" as the radio voice of the Cubs on WGN along with partner Vince Lloyd.  Although Lou was raised Catholic (his parents divorced when he was young) it has come to light that his mother was Jewish.  He's now regarded by most as the third greatest Jewish ballplayer behind Hank Greenberg and Sandy Koufax.

This card would be nicer if the MVP plaque was more attractive. 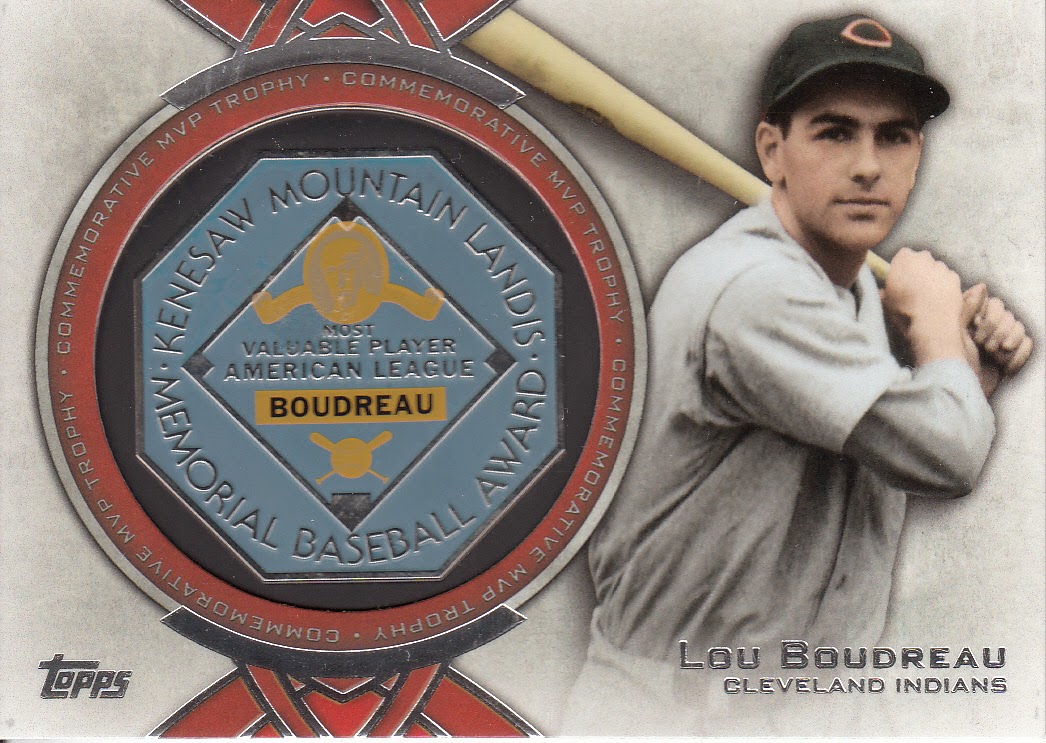 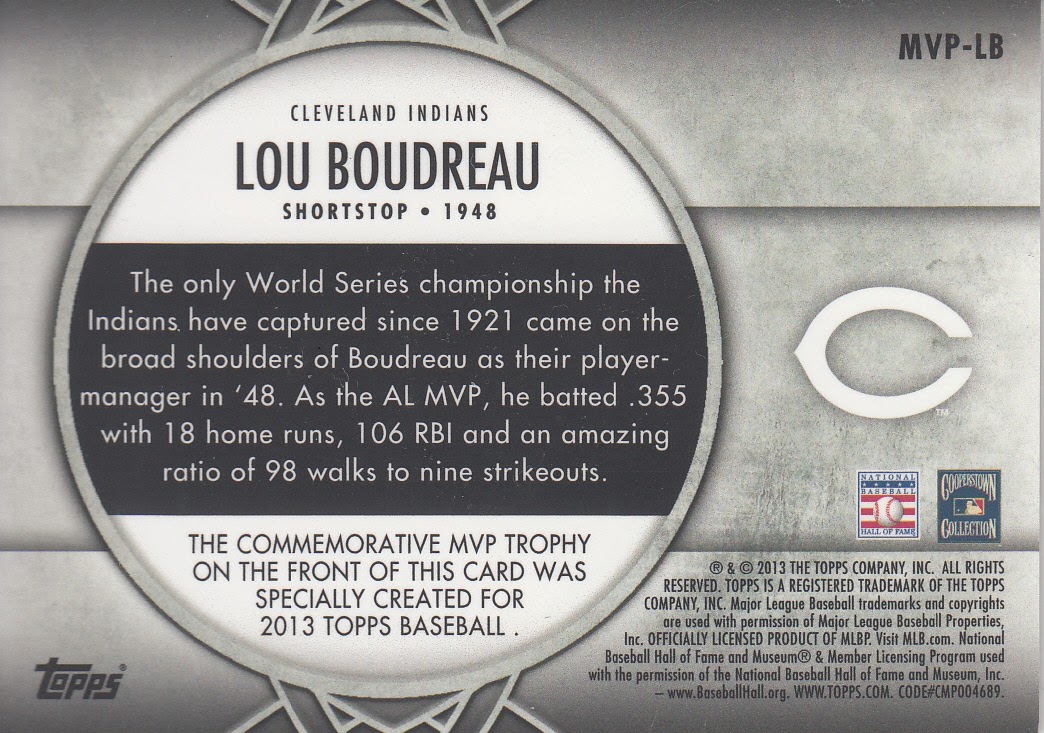 Posted by Hackenbush at 9:00 AM